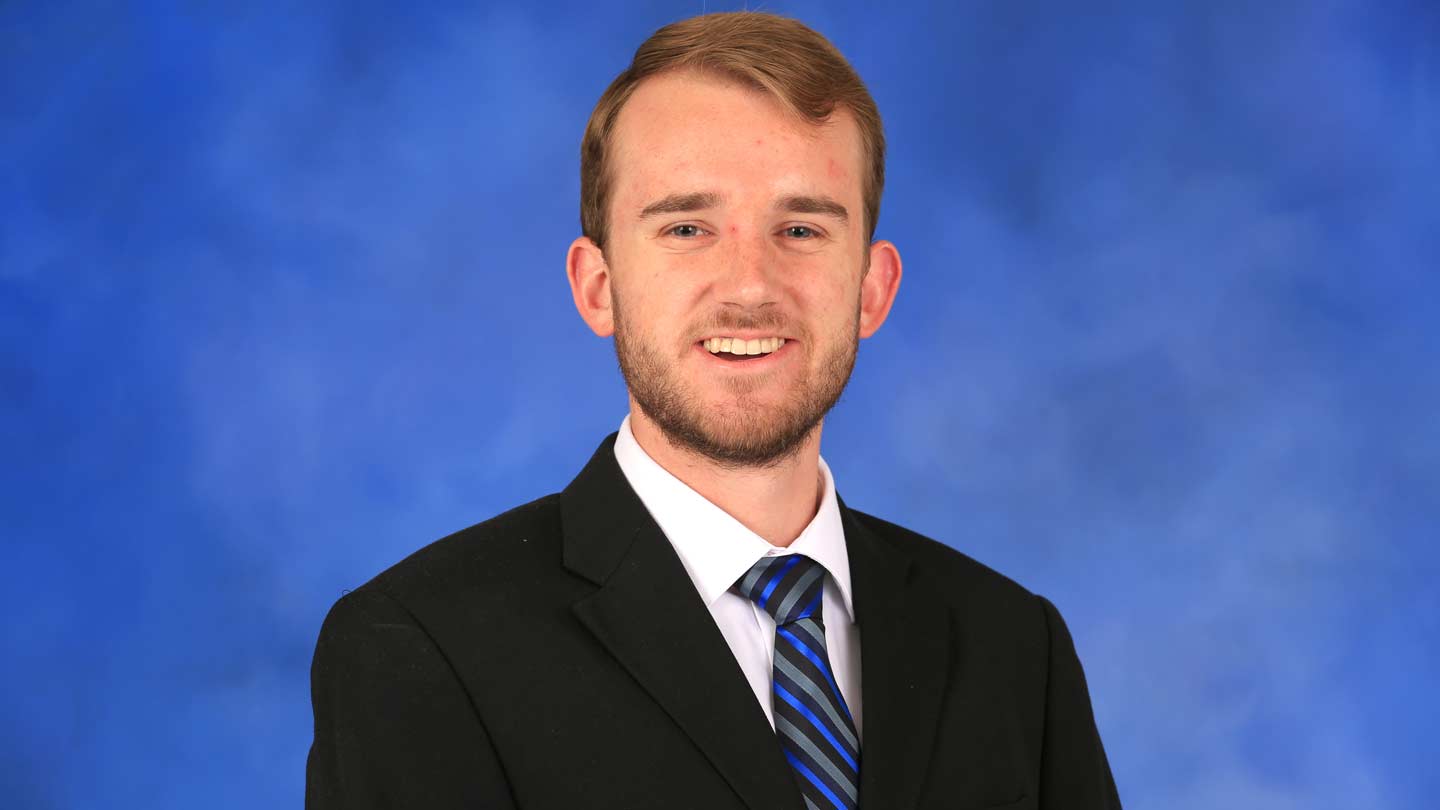 "I am very honored to be a part of the SCGSR program," Gott says. "We have exciting work to do and this program will allow us to build a relationship with Sandia National Labs to further our research."

While at SNL, Gott will research fundamental plasma science and enabling technologies. He is one of only 70 awardees chosen nationwide from 52 U.S. universities that grant doctoral degrees in physical sciences.

"I was very happy to hear he got the award and the opportunity," says Dr. Xu, an associate professor of mechanical and aerospace engineering. "While it'll be hard to lose him from the lab for a summer, in the long run this trip will be beneficial. It will be a great opportunity for him to learn a new technique and further develop his abilities and knowledge."

In Dr. Xu’s lab, Gott has been on a team working to study many different applications of atmospheric plasma technology.

"One of the most interesting for me is water purification," Gott says. "Atmospheric plasma generates natural chemicals that can induce reactions in water. These reactions kill bacteria and can break down other materials. One of the biggest benefits of this technology is that it doesn't need filters or other disposable materials that need to be regularly replaced."

That makes it desirable for space applications and developing regions on Earth where it is difficult to frequently replace supplies.

"We're in the early phases of this work, but I'm looking forward to exploring it more," Gott says. "In order to study the uses for plasma, we need to know more about the properties of the plasma we generate."

One way to do that is with a diagnostic technique known as Laser Collisionally Induced Fluorescence (LCIF).

"While at Sandia, another graduate student, Zachary White, and I will learn how to use LCIF to study different types of plasma," he says. "First, we'll look at a phenomenon known as plasma striations, which are moving spots of light and dark. We'll use this to learn about the technique and then apply it to atmospheric plasmas when we return to UAH. This should give us great insight into some fundamental plasma properties and allow us to further the field of plasma science."

Gott will be working at Sandia with Dr. Ed Barnat, an expert in LCIF, from June to the beginning of September.

The SCGSR program provides supplemental awards for graduate students to spend three to 12 consecutive months at a DOE national laboratory facility conducting graduate thesis research in a priority research area in collaboration with a DOE laboratory scientist. The award provides support for inbound and outbound travel to the laboratory, and a monthly stipend of up to $3,000 for general living expenses while at the host DOE laboratory during the award period.

The SCGSR research projects are expected to advance the graduate awardee’s overall doctoral thesis while providing access to the expertise, resources and capabilities available at the DOE laboratories and facilities.

"These graduate student awards prepare young scientists for STEM careers critically important to the DOE mission," says U.S. Secretary of Energy Rick Perry. "We are proud of the accomplishments these outstanding awardees have already have made, and look forward to following their achievements in years to come. They represent the future leadership and innovation that will allow American science and engineering to excel in the 21st century."

The program plays an important role in sustaining a pipeline for highly skilled scientific and technological workforce development by preparing graduate students for science, technology, engineering or mathematics (STEM) careers critically important to the DOE Office of Science mission.