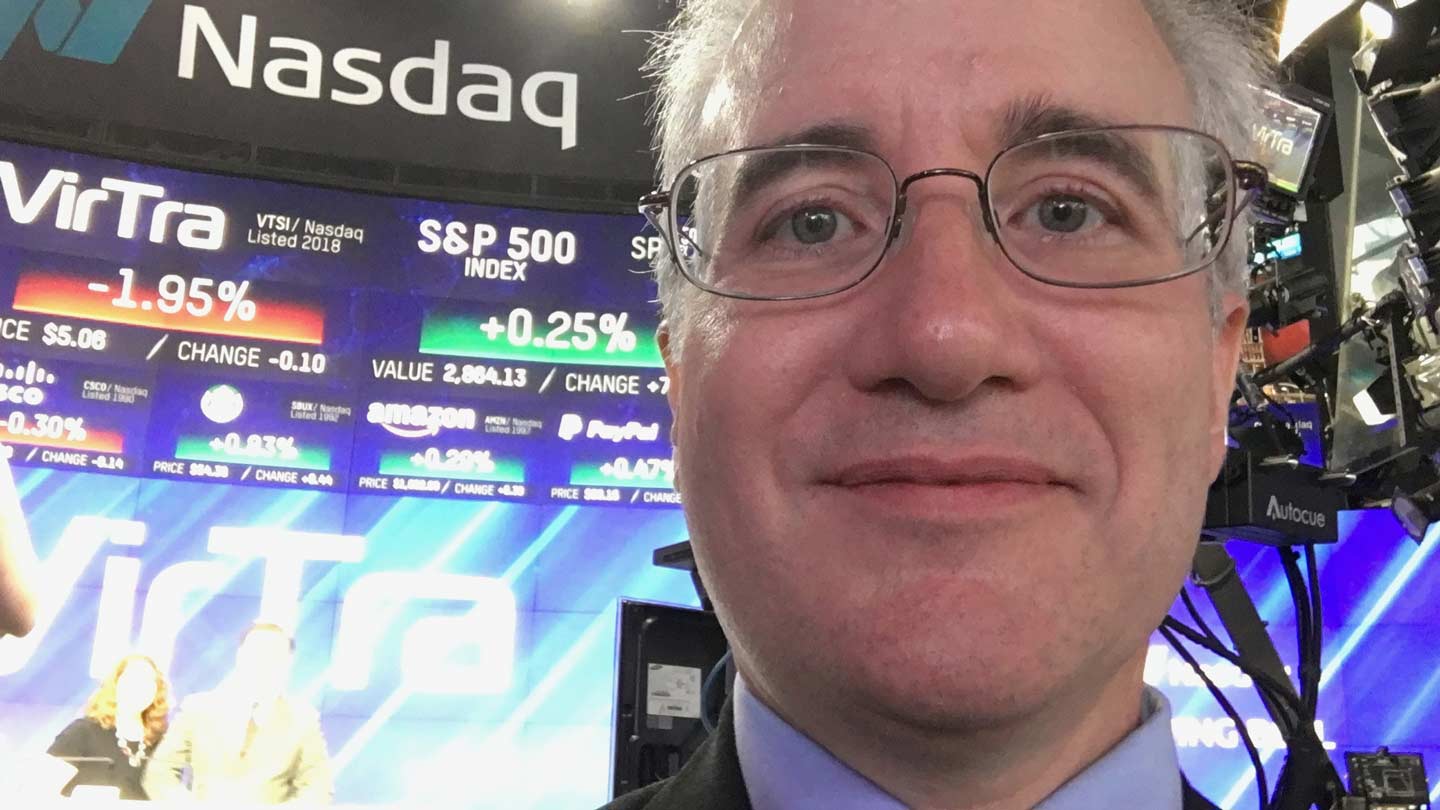 The director of the UAH Center for Applied Optics (CAO) was invited on the NASDAQ podium during the ringing of the market’s opening bell recently after the center developed a patented lens system for a rifle scope used with VirTra Inc.’s virtual reality training program for police and other first responders.

In New York, CAO Director Dr. Patrick Reardon joined VirTra Chief Executive Officer Bob Ferris and almost all of the company’s employees to celebrate its March listing on the NASDAQ with the honor.

VirTra is a global provider of training simulators for the law enforcement, military, educational and commercial markets. The company’s patented technologies, software and scenarios provide intense training for de-escalation, judgmental use-of-force, marksmanship and related training that mimics real world situations. VirTra’s mission is to save and improve lives worldwide through realistic and highly effective virtual reality and simulator technology. Learn more at www.VirTra.com.

"First, I felt honored that I was invited to take part in something that so few people have been able to experience," Dr. Reardon says. "One of Bob Ferris' longest supporters noted that the percentage of businesses that make it to listing on the NASDAQ is extremely small. It was also both exciting and exhilarating – being part of a group of people who have all contributed to the success of this company."

"The challenge they discovered is that the standard military scope is not designed to operate looking at objects as close as the walls upon which the scenes are projected," Dr. Reardon says. "This is the optics issue Bob Ferris contacted us to solve."

The lenses of basic military scopes are designed to view objects at great distance. Yet for VirTra’s system, the scope would be used with a scene as close as 2 meters away. That’s a distance at which the standard scopes both perform poorly and also create a condition known as parallax, where the direction of an object appears to differ when viewed from different positions. That means the trainee may not be able to aim accurately.

"Our original concept prototype consisted of relatively inexpensive lenses that would fit in a clever and simple mounting system developed by Ted Rogers and Chris Underwood, also of the CAO, that attached to the scope. This optic was able to accommodate video screens from about 2 to 4 meters distance."

The CAO has been re-engaged to assist VirTra in modifying the projection system to further enhance the trainee's experience.

"This experience, from the technical side, is the kind of project the CAO often takes on," Reardon says. "We can serve as the optics department for a small business which needs a solution for a critical issue. We have the necessary and real-world experience and expertise in optical and optical systems design, fabrication and testing."