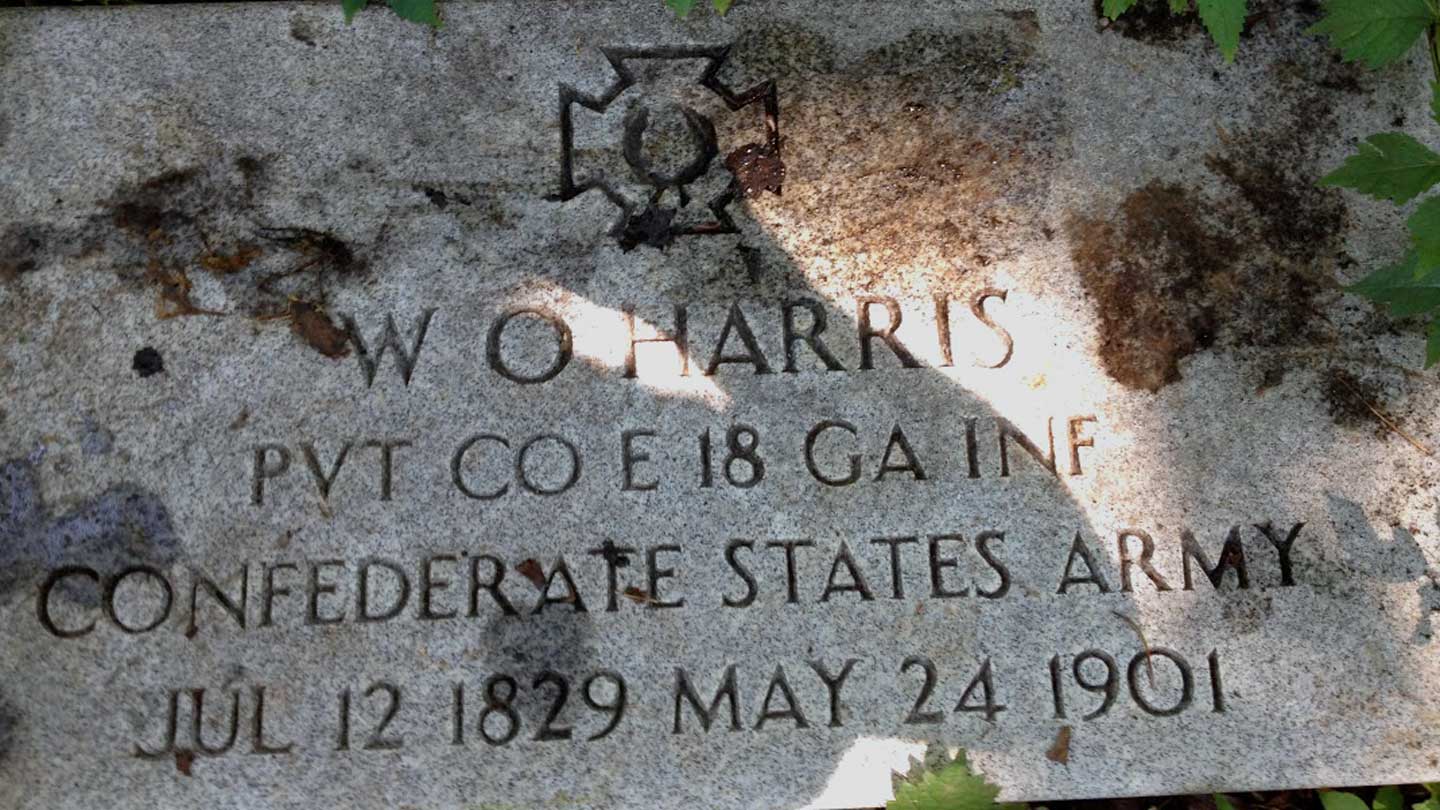 As a veteran of the U.S. Army, Patricia Cates has a soft spot for her comrades in arms. So when she discovered the overgrown graves of Revolutionary and Civil War soldiers at Mount Paran Cemetery in New Market, Ala., she knew she couldn't rest until the site was restored to its proper, respectful condition.

"It just cannot be lost," says Cates, who is working toward her bachelor's degree in history at The University of Alabama in Huntsville (UAH). "When you walk through the cemetery, you walk back in time. It's amazing."

The question was, where to begin? Cates sought an ally in Dr. John Kvach, professor of history and director of UAH's Center for Public History. "I sent him two emails a week, then four emails a week, then an email every day telling him he had to see the cemetery," she says with a laugh. 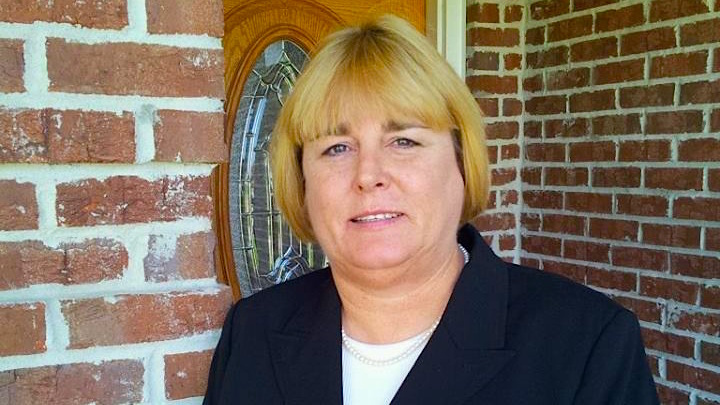 Patricia Cates, a history major at UAH, is helping to restore and preserve Mount Paran Cemetery.

But once he did, he too recognized Mount Paran's potential as a historical resource. "Tish did a great job identifying a valuable cultural landmark that has been neglected over time," says Dr. Kvach. "Her commitment to both cleaning it up and making it a place where people can actively engage in history really epitomizes what we want to accomplish with our public history program, so I was happy to lend my support."

Cates then reached out to Jim Maples, the Madison County representative of the Alabama Cemetery Preservation Alliance. Through him, she was able to track down Lowell Bates, a member of Mount Paran's Board of Directors. "I told him I wanted to research the cemetery and that the Public History Center wanted to help preserve it, and he gave me the key," she says.

To actually clean up the 3.8-acre site, however, she would need more than just access to the cemetery. She'd need help - and a lot of it. So she turned to Jaime Reese, a social studies teacher and golf coach at nearby Buckhorn High School. Her plan was to enlist Buckhorn students to not only tidy the cemetery grounds but to maintain them going forward.

"If we cleaned it up one time, so what? In ten years, it would go back to the same condition," says Cates. "But if Buckhorn got involved, maybe they would adopt the cemetery. And since all of their students have to do community service work, what better way to give back to the community?"

Sometimes you hit brick walls but you can’t stop, especially with a place like that.

Reese agreed. Buckhorn informally adopted the cemetery, and in October, over 100 students gathered to help Cates begin the process of restoring the site. "That's what I feel most proud of, that the students came," she says. "Now my hope is that Buckhorn will have a clean up every six months and UAH will support it."

In the meantime, Cates has plenty more she wants to accomplish. First and foremost is identifying where the cemetery's 400 bodies are located. For that, she's recruited Benjamin J. Hoksbergen, Redstone Arsenal's archaeologist and cultural resource manager. "Ben is going to come out with ground penetrating radar to at least mark where people are buried," she says.

Then comes the even trickier task of figuring out the identity of each of those 400 bodies. Cates says about 135 people have already been identified, thanks to the efforts of Deborah Moorefield, Mount Paran Cemetery board member, and Dr. Francis Roberts, the first chair of UAH's Department of History. But the remainder poses a considerable challenge.

For some, records may not exist. "There's a black portion of the cemetery and a white portion, and we've been told there's possibly 100 to 200 slaves buried there," she says. For others, markers may have been moved or mismarked. "There are three Tennessee Infantry headstones on the left side of the cemetery and the bodies aren't even buried there!" 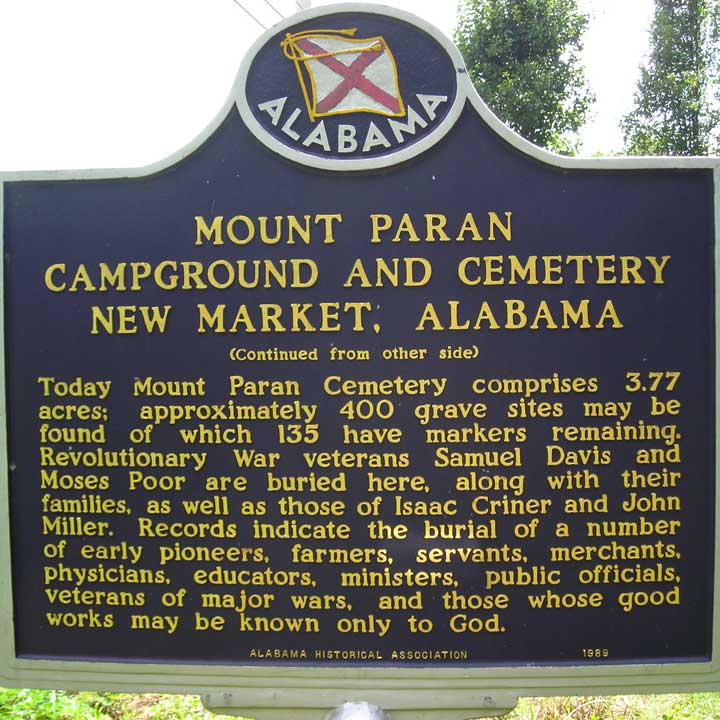 But Cates is undeterred at the prospect. "Sometimes you hit brick walls but you can't stop, especially with a place like that," she says. It helps, too, that much of the research and documentation involved ties in with her coursework, which includes classes in technical writing, slavery, and the Civil War, as well as a public history internship with the Madison County Records Center.

"For my technical writing class, I'm in the process of coming up with a book about the cemetery," she says. That, in turn, will supplement an application that Cates plans to submit to the National Park Service to add Mount Paran to the National Register of Historic Places. "My overall goal is to make this place a park so people can walk through and see the history."

And for her internship, which focuses on archiving historical resources, Cates will be putting together an exhibit about Mount Paran for the Huntsville-Madison County Public Library. "It will be an online exhibit in the Heritage Room of the main branch," she says, adding that she will also be creating a webpage for the cemetery with Dr. Kvach's help. "When you hover over a plot," she says, "a biography will pop up if we know the person buried there."

Not that the class credits matter, ultimately. Cates says she's "in it for the long run." And while it's not something she could have anticipated that fateful day she stumbled across Mount Paran cemetery, it's where the road has led her. "It just spoke to me," she says. And she's not giving up until her job is done. "I just want to say, 'There people are here. Let's protect them.'" 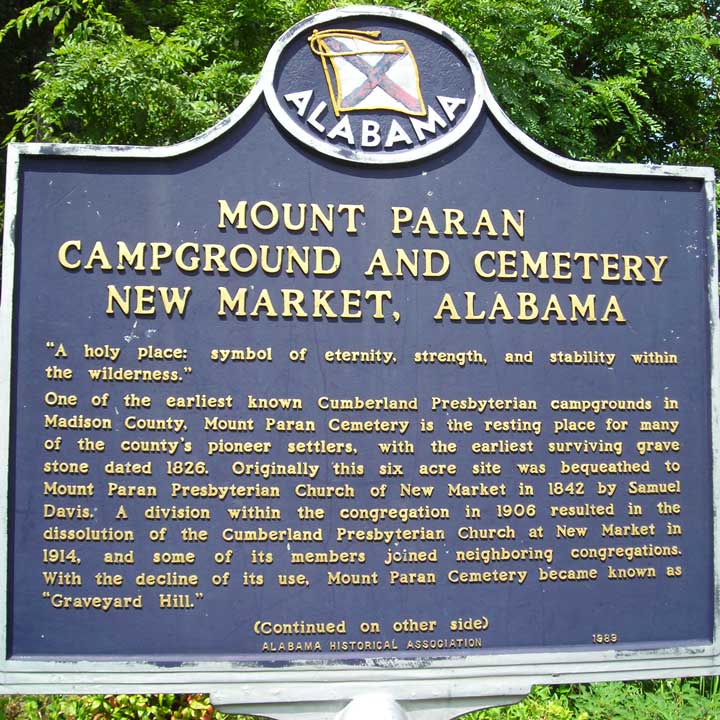 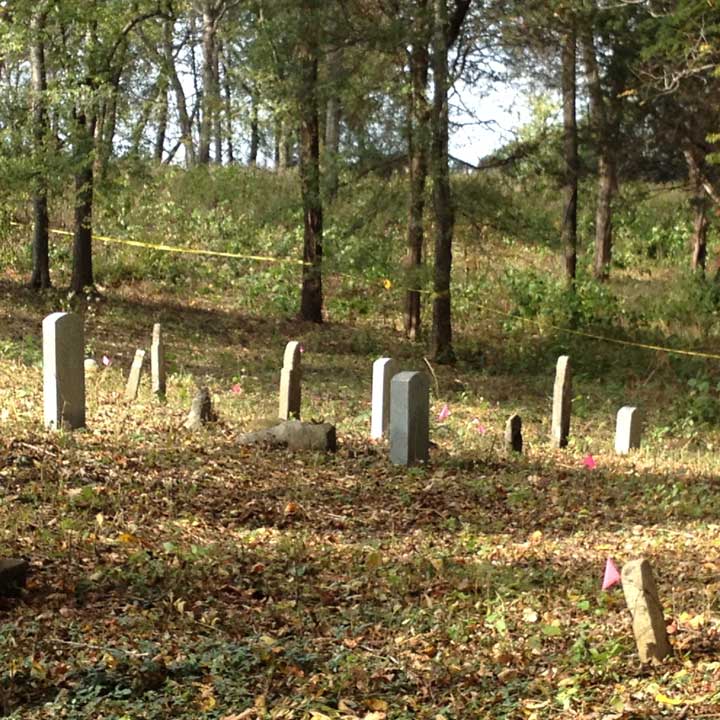 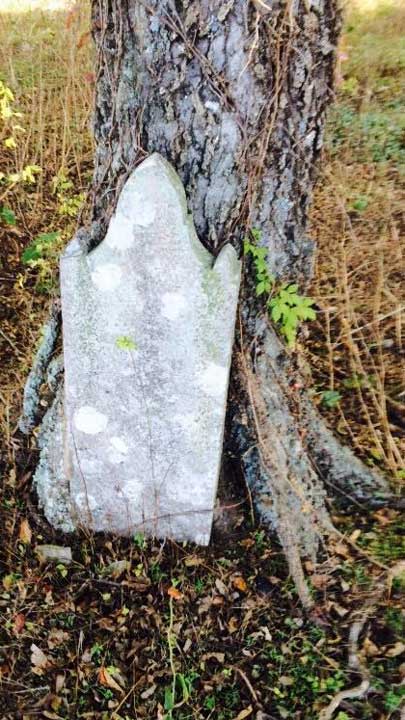 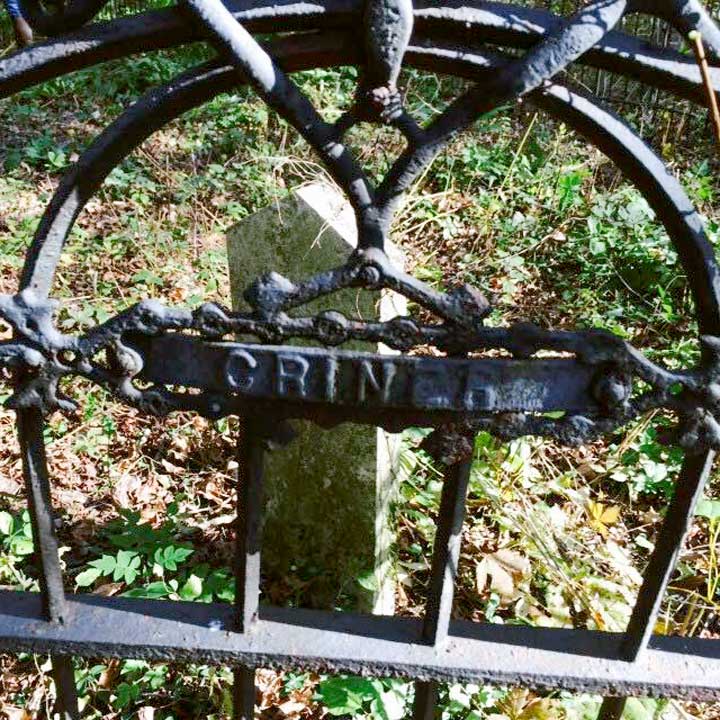 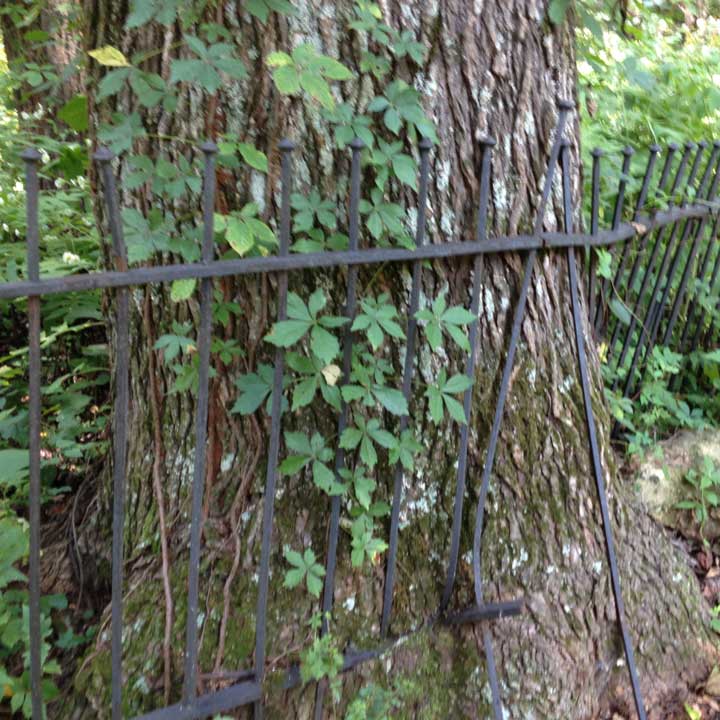