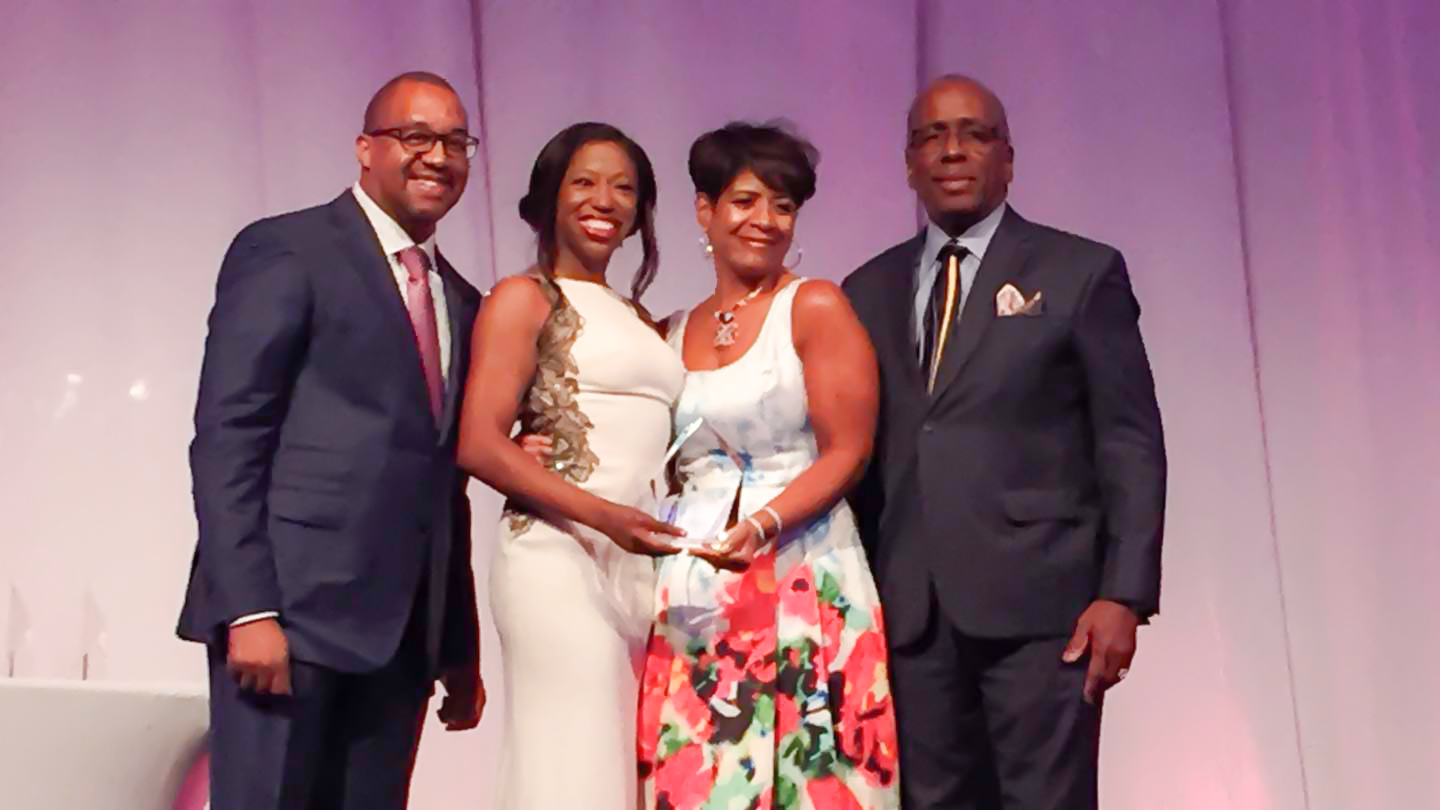 Cox Automotive recently awarded its Rising Star Award to a University of Alabama in Huntsville (UAH) alumna who is now a Kentucky auto dealership general manager and has lobbied in Washington, D.C. on behalf of the auto industry.

Wadette Bradford (’05, MA, Public Affairs) received the award for her leadership and commitment to the auto industry and the community. Cox Automotive presented the award in partnership with the National Association of Minority Automotive Dealers at the NAMAD annual meeting awards dinner in Miami.

“It felt very good to know my hard work and dedication had been noticed in such a competitive industry,” says Bradford, a native of Tuskegee who is employed by Martin Kia in Bowling Green, Ky.

“My secret recipe for being a general manager is actually not a secret; it is clear expectation and accountability,” she says. “Team members have to clearly know and understand what is expected, as those are the ingredients for the cake. Accountability for actions is also essential, as that is the heat that bakes the cake. We recognize our employees and celebrate them when they achieve. We also let them know the team suffers when they fail to carry their weight.”

“Lobbying with more than 200 other international nameplate auto dealers representing 38 states, more than 1,300 franchises, and 70,000 employees by visiting lawmakers on Capitol Hill was very empowering,” Bradford says. “Being involved in the political process is something that I hold dearly, being the goddaughter of civil rights attorney Fred D. Gray Sr., who represented Dr. Martin Luther King Jr. and Mrs. Rosa Parks. During my most recent trip to Capitol Hill Mayor Johnny Ford of Tuskegee, Alabama arranged meetings for us to discuss my opposition to a border adjustment tax proposal (BAT) and how it affects consumers and dealership employees.”

Bradford selected the National Urban League (NUL) to receive a$5,000 donation from Cox Automotive in her honor. MUL is a non-profit organization with a mission of empowering African-Americans through economic self-reliance, parity, power and civil rights.

She owes her success to her faith and to developing mentorships in the automotive business, Bradford says.

“I am a member of the Church of Christ and my faith has been the rock in both good times and challenging times,” Bradford says. “My role model, Mrs. Ellenae Fairhurst, owner of Lexus of Huntsville, was my first mentor and gave me my first management job, only after I completed my post-graduate studies at UAH. I will be eternally grateful for the opportunity she gave me. I encourage current UAH students to cultivate mentoring relationships.”

Bradford is a member of the Bowling Green Chamber of Commerce Young Professionals and United Way. In 2010, she graduated from the National Automobile Dealers Association Academy at the top of her class.