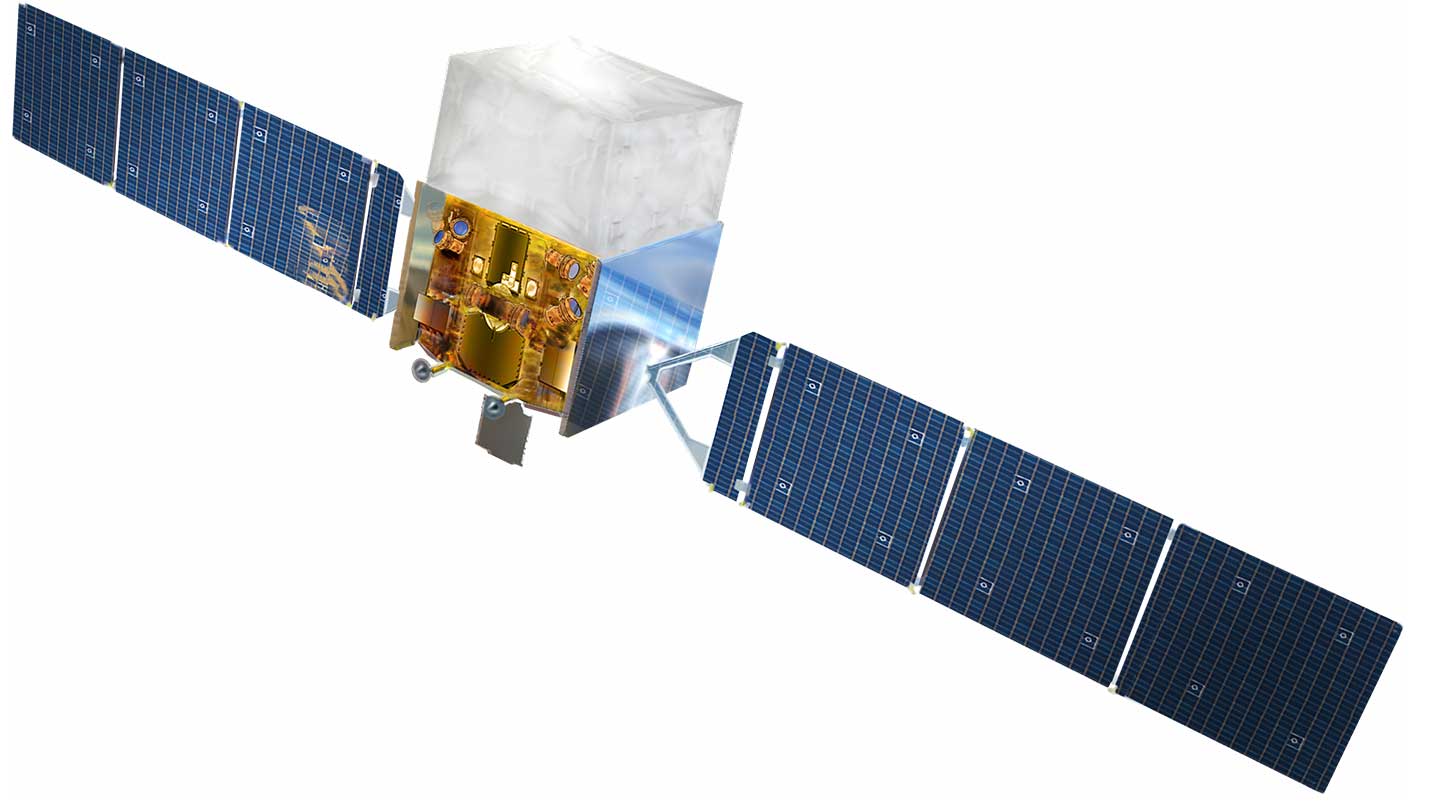 The new discovery was made by the Gamma-ray Burst Monitor, an instrument aboard the Fermi Gamma-ray Space Telescope. 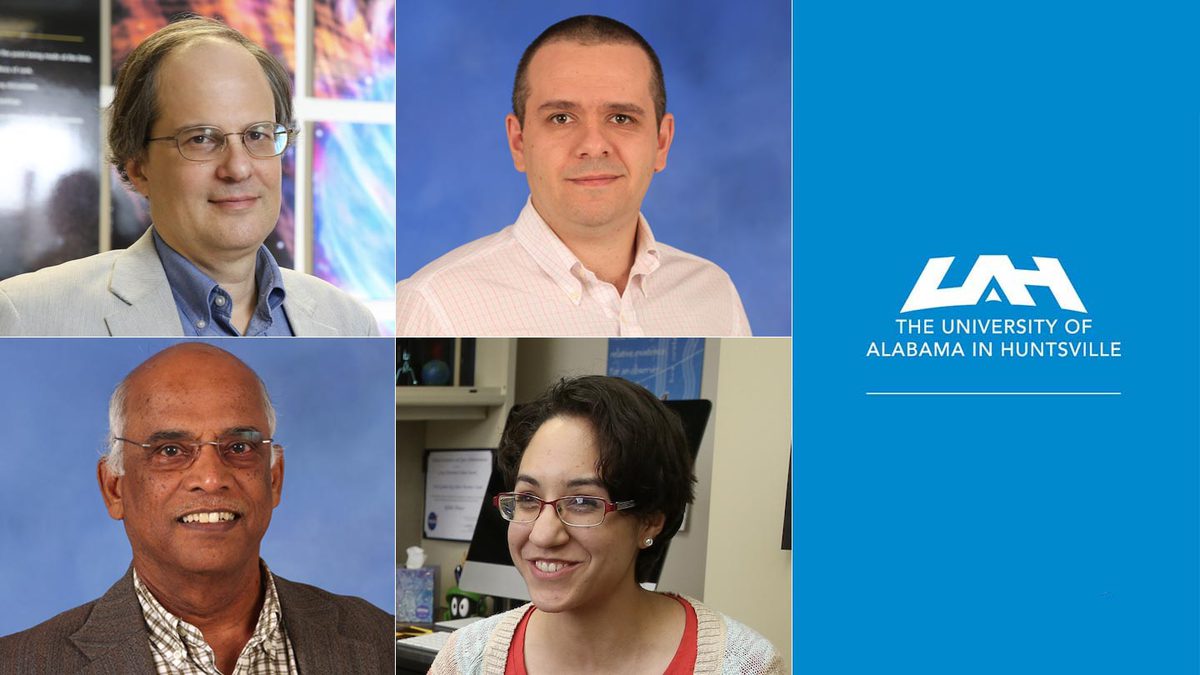 "This is the first time we could claim, without a doubt, a giant flare from outside of our galactic neighborhood," says co-author Dr. Peter Veres, a research scientist at UAH's Center for Space Plasma and Aeronomic Research (CSPAR).

Only three such giant flares have been detected since satellites have observed the gamma-ray sky. All three are nearby by space standards. Two are located in the Milky Way and one in the neighboring Large Magellanic Cloud galaxy.

Video of the unique magnetar outburst can be seen at https://svs.gsfc.nasa.gov/13751.

The find was made by the Gamma-ray Burst Monitor (GBM), an instrument aboard the Fermi Gamma-ray Space Telescope with 12 low-energy sensors and two high-energy sensors. The bulk of the study is based on GBM data with additional measurements from the Burst Alert Telescope instrument aboard the Neil Gehrels Swift Observatory's Swift Gamma-Ray Burst Mission satellite and some radio observations.

Early in this decade UAH developed GBM's performance requirements and its ground and flight software. Dr. Michael Briggs, CSPAR assistant director and senior principal research scientist, is the deputy principal investigator for the Fermi GBM. The instrument was built through a collaboration between UAH, NASA and the Max Planck Institute for Extraterrestrial Physics in Germany.

Co-authors are from nine universities and also include UAH alumnae Dr. Colleen Wilson-Hodge of MSFC, who is the principal investigator for Fermi GBM, as well as authors from NASA's Goddard Space Flight Center and the National Radio Astronomy Observatory.

The giant flare was observed as a short burst of gamma-rays by the GBM instrument on April 15, Dr. Veres says.

"Neutron stars are very compact, city size objects with mass that is somewhat larger than the mass of the sun," Dr. Veres says. "These flaring neutron stars have extra strong magnetic fields and also go by the name magnetars."

"The three known flares were all so bright that every instrument observing them was blinded by the huge number of gamma-rays."

Because the photons from those earlier discoveries were arriving faster than the instruments could count them, Dr. Veres says that even though scientists know how a giant flare looks in broad terms, measuring their detailed properties was elusive.

"Now, with the observation of this giant flare, we can see details of the event that were not possible to discern before," he says. "The picture we have for this giant flare is that the magnetic field became strong enough to produce cracks in the neutron star."

As a result, an energetic jet was released and hurtled toward the GBM instrument at very high speed.

"For the first time we were able to determine the speed, which turns out to be very close to the speed of light," Dr. Veres says. "Through all of this the magnetar should be rotating and we also find signs of this rotation. We don't know exactly how fast, but a good estimate is once every eight seconds – that is consistent with our observations and interpretation."

Even at such a large distance, the giant flare was bright enough that it caused problems in a small segment of the GBM data.

"We overcame this issue by using data from the BAT and patched up this short part," Dr. Veres says.

The entire event was unusually short, lasting less than two-tenths of a second. "For me, the outstanding result is that we observed even shorter variations, about 1/10,000th of a second," Dr. Veres says. "This is a record among cosmic gamma-ray flash sources. The variations tell us about the size of the object responsible for the emission and point to a neutron star origin."

The UAH research team contributed data analysis, mitigation of instrumental effects and data interpretation. Dr. Briggs and Dr. Bhat used their expertise with GBM to show where the data needed correction. Dr. Veres analyzed the spectrum, calculated the total energy involved and worked on interpreting the findings. Hamburg, the GRA, put the event in context of other observations from GBM to show it was unlikely to be a gamma-ray burst.

Research for the new discovery was funded by NASA and the National Science Foundation (NSF) and the data is another feather in the cap for the 12-year-old Fermi satellite and its GBM, which launched in 2008 as a mission with a five-year lifespan.

"The Fermi mission was designed for five years at first and extendable for five more years," says Dr. Bhat, a recipient of MSFC's Golden Eagle Award in 2018 for quickly restoring GBM to operation after it was turned off when the Fermi spacecraft had an anomaly.

"GBM is now more than 12-years old and I am happy to say that it is working flawlessly," Dr. Bhat says. "There are several reasons for it to function well even now, and maybe even 10 more years, perhaps."

First, GBM doesn't have consumables on board that could run out and limit its life, he says. Second, the detectors were well designed and fabricated by the German scientists from the Max Planck Institute per the mission requirements. Third, the onboard electronics were designed, fabricated and well tested in the U.S.

"Recently there was some scare about a couple of detectors that were overheating," Dr. Bhat says. "Then we carried out an elaborate high-temperature stability test in our laboratory and demonstrated that there is no danger to the detectors functioning at those temperatures. As a result, it is no surprise that GBM is functioning well and will remain healthy for a long time to come."

Scientific discoveries from GBM data have brought national and international recognition to its team of researchers, including the 2018 Rossi Prize from the High Energy Astrophysics Division of the American Astronomical Society. The Rossi Prize is awarded annually in honor of Italian physicist Bruno Rossi for a significant contribution to High Energy Astrophysics, with particular emphasis on recent original work.