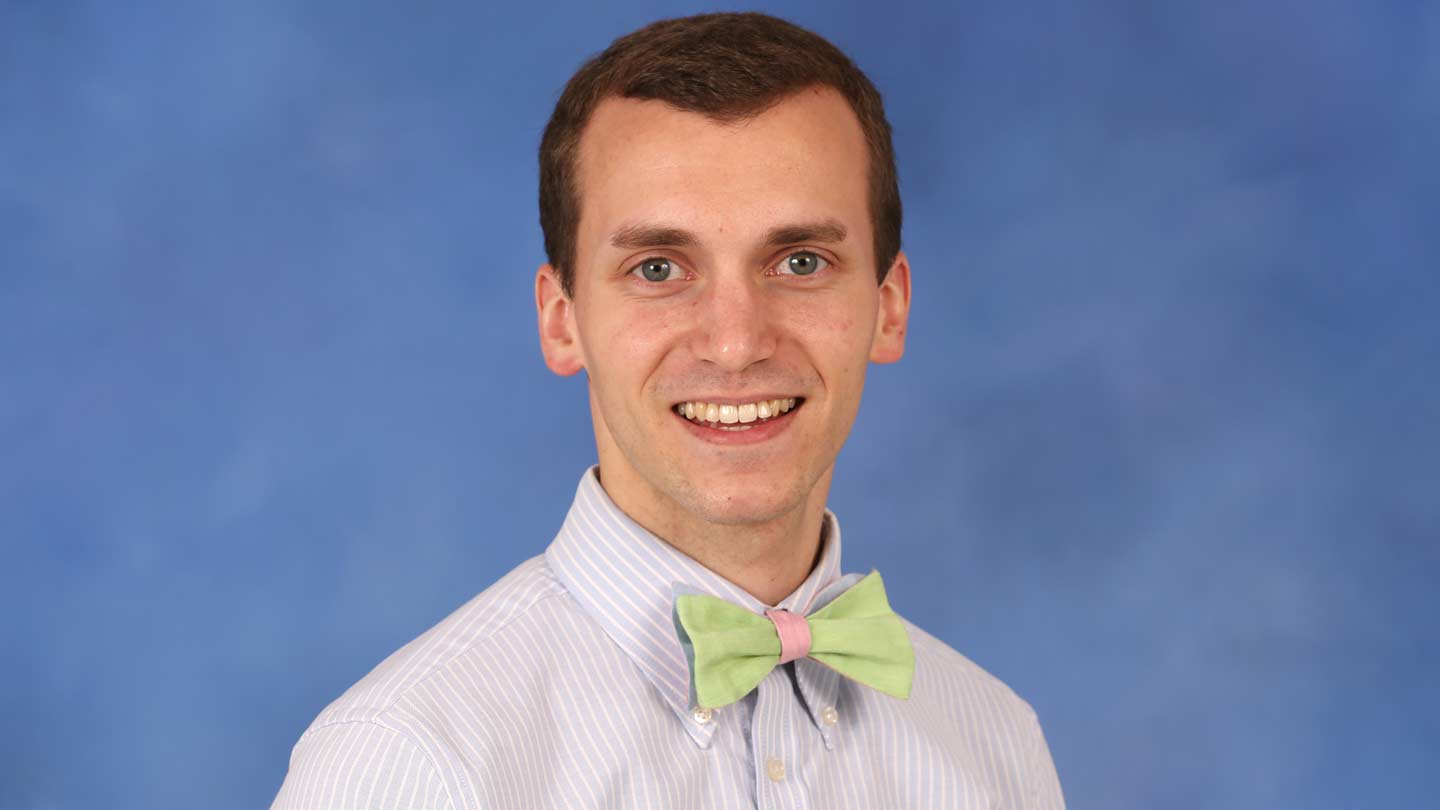 Michael Reeves will never regret "making the leap" and moving to Huntsville, AL.

The senior Chemical and Materials Engineering student will graduate from The University of Alabama in Huntsville (UAH) this spring. "The growing engineering hub of Huntsville, southern culture and a taste for adventure brought me to UAH."

Reeves traveled more than a thousand miles to get to the university. He lived in Rhode Island for 12 years and graduated from Lincoln High School (LHS). He was valedictorian, president of the math team and president of the Science, Technology, Engineering, and Mathematics (STEM) academy while attending LHS.

But, it was back in middle school that Reeves "fell in love" with six simple machines the lever, wheel and axle, pulley, inclined plane, wedge, and screw. It was then he knew he wanted to be a mechanical engineer. "In high school, I took a different science each year for three years and fell in love with whichever one I studied at the time."

While attending college in Florida, his roommate’s dad, a chemical engineer, suggested Reeves consider a career in Chemical Engineering (CE). After a brief look into CE, he was convinced engineering was a better fit than "pure" science. "The farther I have gone in the program, the more convinced I have become that chemical engineering is perfect for me."

Reeves said he appreciates all his professors at UAH and has incorporated many "problem-solving tools" into his toolbox thanks to the unique teaching style of each professor.

"The chemical engineering program at UAH emphasizes team projects, especially during senior year. So, I had a bunch of opportunities to work with my peers and get to know them better," he said. "We are a pretty tight group, whether because birds of a feather flock together or just because misery loves company."

He has worked as an engineer for two prominent Huntsville companies, LINE-X LLC and BASF.

He has already been offered a permanent job as a process engineer at WestRock in Dublin, GA. "WestRock is America’s second largest supplier of paper and packaging products," said Reeves. "The Dublin mill uses 100 percent recycled content to produce containerboard for corrugated cardboard along with brown paper for restaurant bags."

As a process engineer, Reeves will work on a variety of energy-saving projects around the mill. "There are really three separate operations going on simultaneously: the boiler house, where "hog fuel" (bark, shredded wood, etc.), and "tire-derived fuel" (old shredded tires) are burned to produce steam and electricity to power the mill; the paper mill, where recycled cardboard is repulped and formed into sheets of new paper board; and the wastewater treatment plant, which handles an absurd amount of water that passes through the mill every day. I will have a rare opportunity to earn a Six Sigma Green Belt, a certification in very high demand in today’s chemical industry," he added.

In the future, he plans to earn an MBA and a professional engineer licensure as well.