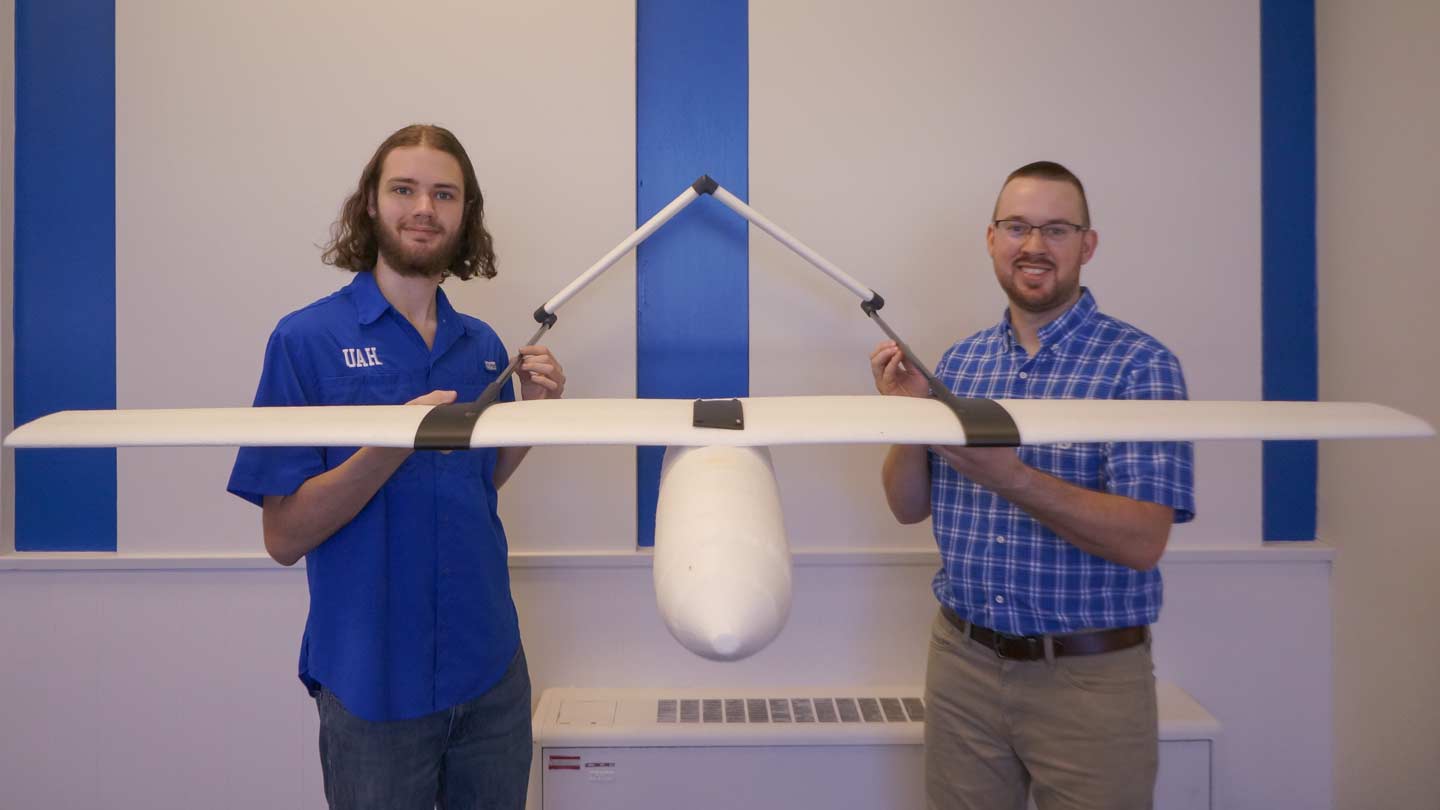 The RSESC team was awarded a Phase 1 entry and $10,000 to demonstrate a proof of concept for the proposed solution in a three-week period from the FirePoint C3 Challenge competition, sponsored by the FirePoint Innovations Center at Wichita State University.

The team is Chris Sallis, an undeclared graduate student who plans to pursue a master’s in aerospace or electrical engineering and is the RSESC research engineer who oversees the high school student internship program; Nick Balch, a UAH undergraduate student and RSESC research assistant; and Luke Dynes, a Sparkman High School RSESC intern.

"We like to engage our high school students in projects that allow them to experience a broad range of engineering disciplines to give them the opportunity to learn more about the areas they are interested in," Sallis says.

The team learned of the FirePoint C3 Challenge as it worked on the cutting machine’s functionality and explored workflows to expedite the design and integration process.

"As we were nearing the completion of the CNC, we had confidence that we would be able to support a proof of concept effort within the competition Phase 1 timeline," Sallis says. "We submitted a proposal for how this manufacturing method, coupled with additive manufacturing, could be used to produce small fixed wing aircraft on demand."

Onsite hot-wire CNC production of aircraft from rigid foam could be a logistical and tactical advantage to the military.

"This type of machine, coupled with a 3D printer and an inventory of modular aircraft avionics, allows for low-cost rapid manufacturing of mission specific aircraft in remote locations," Sallis says. "Alternatively, this could be used to manufacture replacement parts for existing aircraft already in service."

A computer model of the aircraft part is translated to toolpaths used by the software for the CNC machine to do the hot-wire cutting. The resulting small number of aircraft components are held together with polyurethane-based glues. The prototype CNC hot-wire machine was jointly funded by RSESC and Dr. Landrum and is in final development.

The project was one of several that high school student interns have worked on at RSESC to offer them an opportunity to gain engineering experience on a variety of projects related to unmanned aircraft. The four-year-old internship program began in 2017 for summers only. It was offered every semester in 2019 and has involved interns from Bob Jones and Sparkman high schools as well as undergraduate UAH students. So far three high school students have interned.

"Last year we learned that many of the area high schools have engineering academies that allow students to earn course credit while working a co-op position at local businesses," Sallis says.

"We’re going to try to expand some of these opportunities in coming semesters," Sallis says. "We’re now actively seeking projects for high school interns to work on every semester under the umbrella of unmanned aircraft systems."