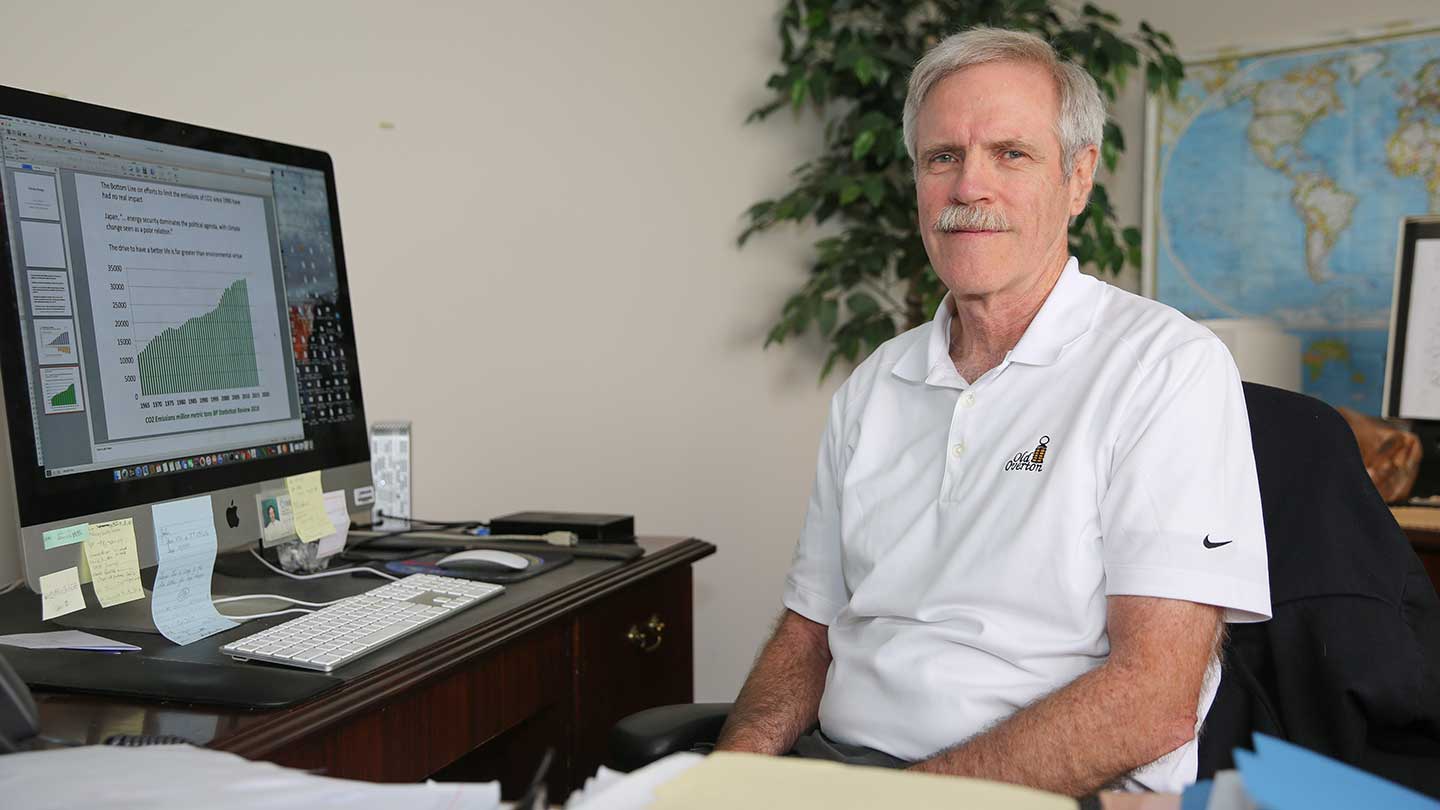 Dr. John Christy, a distinguished professor in the Department of Atmospheric Science and the director of UAH’s Earth System Science Center, will serve as interim dean of UAH’s College of Science until a permanent dean is hired. Dr. Sundar Christopher, the previous dean, will return to teaching and conducting research in the Department of Atmospheric Science.

Effective June 1, 2019, Dr. John Christy will serve as Interim Dean of the College of Science at The University of Alabama in Huntsville (UAH).

“Please join me in welcoming Dr. Christy to his new role here at UAH,” says Dr. Christine W. Curtis, Provost and Executive Vice President for Academic Affairs. “I have full confidence in Dr. Christy and know that he will serve in the best interests of the students, faculty, and staff of the College of Science and our university. He is a proven and dynamic leader, and with your help and support, he will move the College forward.”

Dr. Christy joined UAH in 1987 after earning his M.S. and Ph.D. degrees in atmospheric sciences from the University of Illinois. He is a distinguished professor in the Department of Atmospheric Science and the director of UAH’s Earth System Science Center. Since Nov. 2000, he has also served as Alabama’s State Climatologist, and in Jan. 2002, he was inducted as a Fellow of the American Meteorological Society.

Together with Dr. Roy W. Spencer, a principal research scientist at UAH, Dr. Christy has developed a global temperature data set from microwave data observed from satellites beginning in 1979. In 1991, the Spencer-Christy team was awarded NASA's Medal for Exceptional Scientific Achievement in recognition of this effort, and in 1996, they were selected to receive a Special Award by the American Meteorological Society.

Dr. Christy has served as a Contributor (1992, 1994, 1996 and 2007) and Lead Author (2001) for the U.N. reports by the Intergovernmental Panel on Climate Change in which the satellite temperatures were included as a high-quality data set for studying global climate change. He has served on five National Research Council panels or committees and has performed research funded by NASA, NOAA, DOE, DOT and the State of Alabama and has published many articles including studies appearing in Science, Nature, Journal of Climate and The Journal of Geophysical Research. Dr. Christy has provided testimony to several congressional committees.

Earlier this year, Dr. Christy was appointed to a three-year position on the U.S. Environmental Protection Agency’s (EPA) Science Advisory Board by Trump administration EPA Acting Administrator Andrew Wheeler. He joins seven other experts appointed to serve on the 44-member board, which has four committees involved with agricultural science, chemical risk, drinking water and radiation.

As interim dean, Dr. Christy replaces Dr. Sundar Christopher, who served in the position for five years and who will now return to his passions: teaching and research.

“We are grateful for Sundar’s leadership and outstanding service and for his many accomplishments as dean,” says Dr. Curtis. “We look forward to his academic contributions as a professor in the Department of Atmospheric Science.”