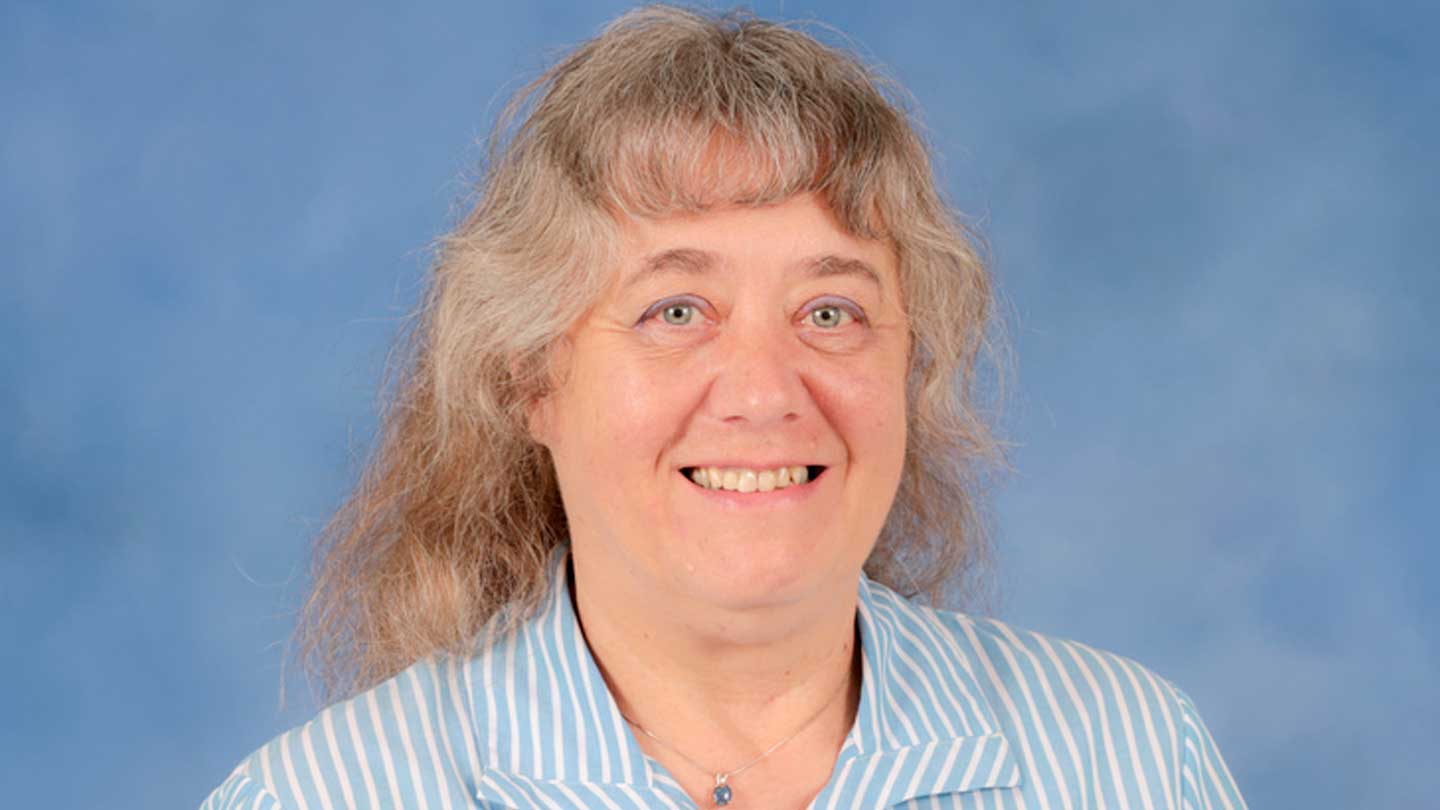 “I feel very honored to be in the company of the distinguished polymer chemists who received the ACS POLY Fellow award before me, and with me, respectively,” Dr. Scholz says.

POLY Fellows are recognized for their outstanding achievements and contributions to polymer science and the profession through scientific accomplishments, service to the profession or both. The awards are administered and sponsored by the POLY division of the ACS.

She was nominated by Dr. Sarah Morgan of the University of Southern Mississippi, and two letters of support were written by Dr. Kathryn Uhrich, dean of the College of Natural and Agricultural Sciences at the University of California Riverside and Dr. Natalie Stingelin, a professor at Georgia Institute of Technology.

“I was completely speechless when I learned that Dr. Morgan was going to nominate me. I never expected any nomination for an award on the national level,” Dr. Scholz says. “But it felt really good to know that someone noticed and appreciated the work I have been doing.”

Dr. Scholz has served the university since 1998, starting as assistant professor of chemistry, then earning tenure and promotion to associate professor in 2004 and then to full professor in 2009. During that time, she has been active with the ACS, organizing successful symposia and performing publishing work in the POLY division.

She currently is responsible for one of the longest running symposium series within the POLY division, the Biorelated Polymers Symposium Series, having started as co-organizer.

“These symposia provide a platform for scientific discourse on biopolymers, ensuring that the diversity of this class of polymers – which span from agricultural bulk materials to biomedical vectors – is addressed,” says Dr. Scholz. “Moreover, ever since its inauguration in 2008, I have been involved in the organization of the biomaterials sections of the Mexican-American Polymer Symposia, which are supported by the POLY division.”

In addition, she edited five books published in the ACS Symposium Series, one of which was so well received that it achieved the rare ACS Symposium distinction of a second edition.

“I was the first North American editor for Polymer International and now serve as one of its executive editors,” Dr. Scholz says. “Even though Polymer International is published by another publisher, I guess POLY appreciates the work that is being done in the dissemination of good polymer research.”

For the past 20 years she has also served on the local North Alabama ACS section in various capacities, currently as president.

Dr. Scholz’ group in the Department of Chemistry works on the synthesis of poly(amino acid)s, or PAAs, predominantly for biomedical applications.

“For the most part, our research focuses on the synthesis of well-defined, self-assembling PAA block copolymers to be used as non-viral vectors,” she says.

These materials can be used to encapsulate drugs or genes for targeted delivery in the body.

“We are expanding our research into the realm of theranostics,” she says. Theranostics is the simultaneous diagnosis and treatment of diseases.

“We just showed that functionalized polymers will undergo a variety of polymer-analogous conversions,” she says. “The trick is to convince bacteria to make polyesters with the right functional groups, but we have our ways of ‘talking to them.’”