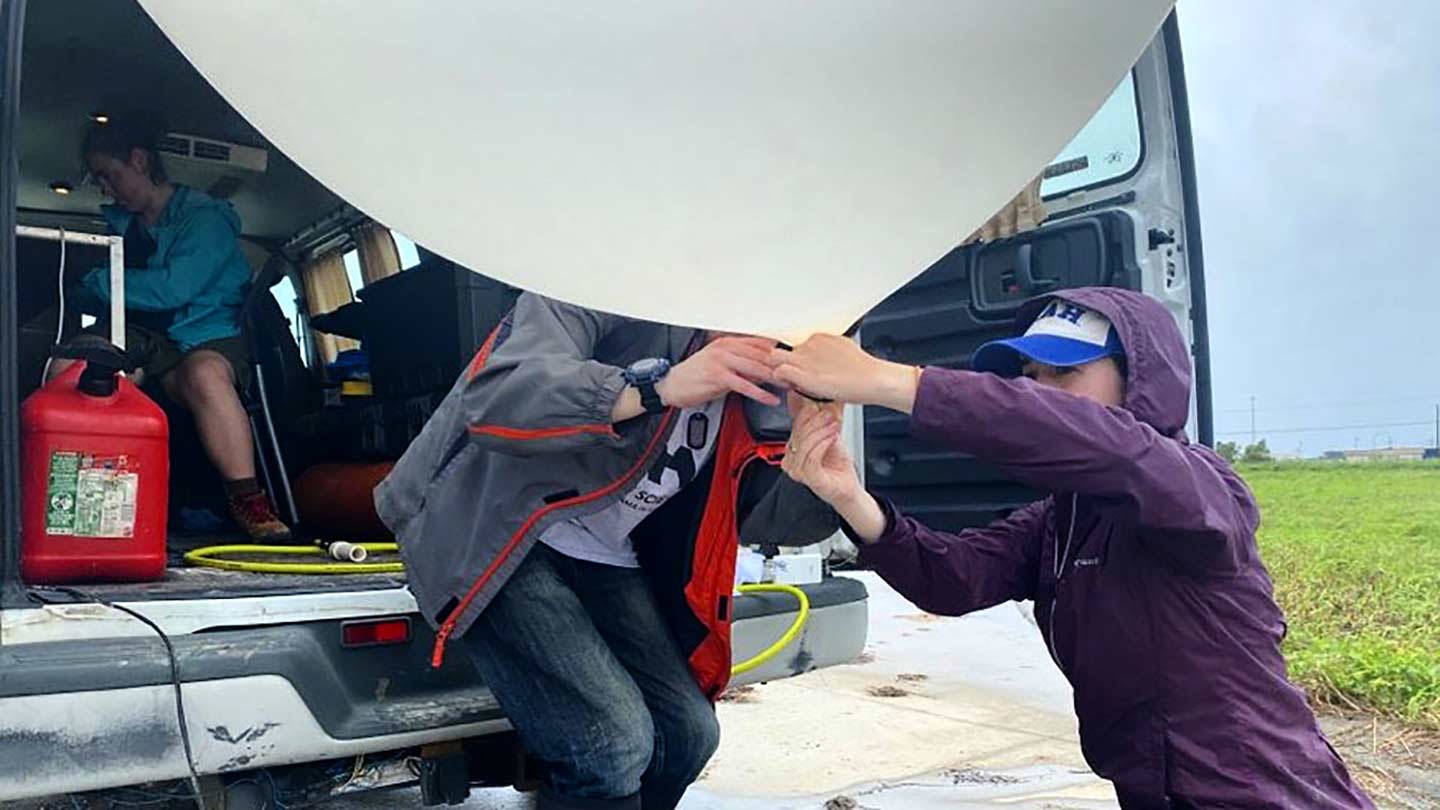 UAH AES students tie off a weather balloon in preparation to launch ahead of Hurricane Ida's outer spiral rain bands.

A group of students with the University of Alabama in Huntsville's Atmospheric & Earth Science Department deployed on Saturday to collect data in Louisiana as Hurricane Ida came ashore. The team is working closely with colleagues from The University of Oklahoma, as well as scientists from NOAA National Severe Storms Lab.

Members of UAH's team include both undergraduate and graduate students, as well as two staff members. 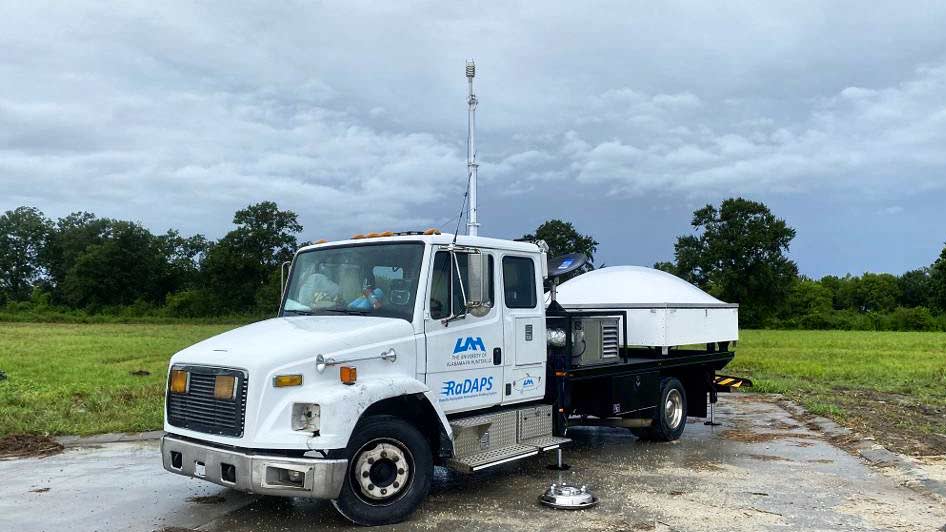 UAH's crew collected crucial data before and during the hurricane's journey via its five vehicles equipped with the some of the best mobile technology, such as radar, weather stations, and weather balloons.

The day begin around sunrise when the deployment crew set out for Donaldsonville, LA, which is about 100 miles north of Port Fourchon. Immediately upon arrival and instrument set up, they began collecting data, including launching weather balloons and running radar scans. Vivian Brasfield, a Master's student at UAH, is specifically researching squall lines (lines of severe storms) that form out ahead of a tropical system.

The crew continued taking samplings of the atmosphere, both vertically and horizontally, as the first outer spiral rain band of Ida reached their location and through the hurricane's eye passing overhead.

This research being done by UAH and colleagues could ultimately lead to better forecasting hurricane threats and timing.