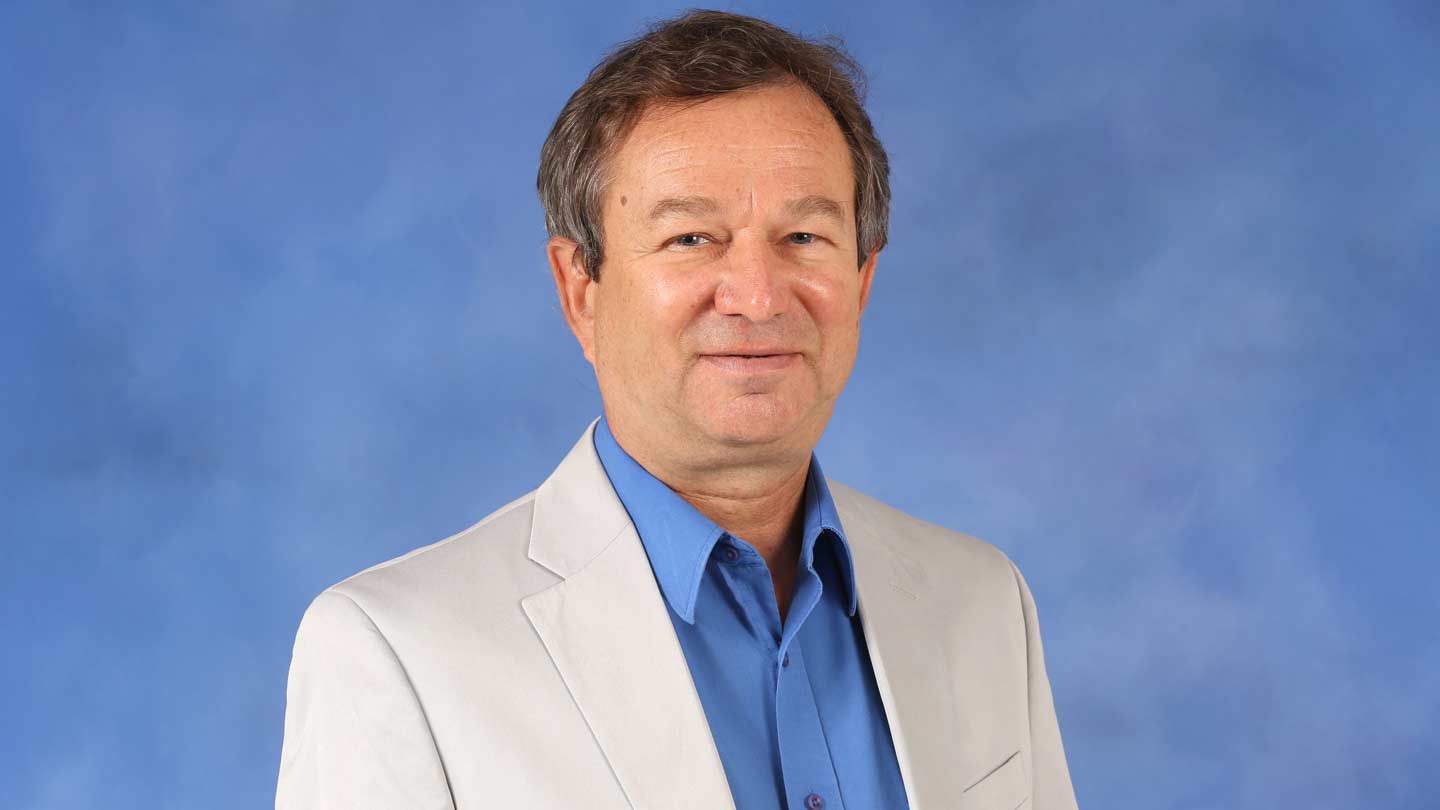 Dr. Vladimir Kolobov is a principal research scientist in the UAH Center for Space Plasma and Aeronomic Research, a co-principal investigator of the DOE Plasma Science Center administered by the University of Michigan and a co-director of the National Science Foundation EPSCoR project “CPU2AL: Connecting the Plasma Universe to Plasma Technology in Alabama.

A principal research scientist in The University of Alabama in Huntsville (UAH) Center for Space Plasma and Aeronomic Research (CSPAR) has been awarded a $750,000 grant from the United States Department of Energy (DOE) Established Program to Stimulate Competitive Research (EPSCoR) for low temperature plasma (LTP).

Dr. Vladimir Kolobov is also a co-principal investigator of the DOE Plasma Science Center administered by the University of Michigan. For the last three years, he has been a co-director of the National Science Foundation EPSCoR project “CPU2AL: Connecting the Plasma Universe to Plasma Technology in Alabama,” which is led by Dr. Gary Zank, CSPAR director and the Aerojet Rocketdyne chair of the UAH Department of Space Science.

“The present DOE project complements and leverages these two projects and expands plasma research to the interactions of Low Temperature Plasma with solid and liquid surfaces, transport phenomena and heterogeneous chemical reactions at interfaces, and self-organization and pattern formation in non-equilibrium reactive plasmas,” Dr. Kolobov says.

The project is collaborative research between UAH, CFD Research Corp. and the Plasma Research Facility at Sandia National Laboratories (SNL).

Dr. Zank says the grant is “an excellent outcome of work that was initially developed and supported as part of CPU2AL that focuses on applications of low temperature plasma physics to a wide range of fundamental research and applied problems.”

The CPU2AL project is designed to build the infrastructure and workforce to enable this kind of new groundbreaking research and to help develop national and state partnerships, Dr. Zank says.

It is hard to overestimate the importance of plasma to modern industry, Dr. Kolobov says.

“Today, one third of the manufacturing steps in microelectronics are plasma-based,” he says. “Processes at plasma-material interfaces are used for synthesis and processing at nanoscales and fabrication of nanodevices. Plasma propulsion systems control satellite movements.”

LTP produces otherwise difficult to create chemistry in both the gas and liquid phases at near-room temperature that is important for an increasing number of biomedical applications.

“The project will enable the development of theory, computational tools and experimental studies of LTP to control plasma stratification and filamentation, plasma-induced processes at gas, liquid and solid interfaces for applications in material synthesis, nanoelectronics, biomedicine and food safety,” Dr Kolobov says.

LTP is a mixture of electrons, ions and neutral species with electron temperature exceeding the gas temperature by two orders of magnitude. Such a highly non-equilibrium system is prone to instabilities, which lead to the formation of ionization waves, current filamentation into narrow channels and the formation of spots at plasma contacts with solid and liquid surfaces.

“Plasma interactions with surfaces can be incredibly complex,” says Dr. Kolobov. “The surface can evolve according to the fluxes of plasma species and inject electrons and other species into plasma.”

Liquid surfaces can deform, evaporate or inject droplets, he says, and chemical reactions can occur in both gas and liquid phases.

“We will try to improve the understanding of transport processes, plasma-induced chemistry and self-organization such as stratification and filamentation, formation of anode spots, liquid droplets ejection from cathodes and plasma electrolysis,” Dr. Kolobov says.

“We will improve the theory and use computational tools developed by the project participants to understand plasma-based surface functionalization and plasma-enabled pattern nucleation in a wide range of scales from nano- to millimeters. We will use experimental methods and facilities available at UAH and SNL to understand and control plasma processes, reaction pathways and structures at the plasma-exposed interfaces.”

Under the DOE grant program, university researchers from EPSCoR states partner with researchers at DOE National Laboratories on topics of common interest. Subjects include fundamental research in chemistry and materials science, advancing solar energy and battery technologies, studies in particle physics and other areas.

“The proposed partnership with SNL will help establish a sustainable research partnership of Alabama researchers with a DOE National Laboratory devoted to understanding and controlling LTP environments, strengthening the research capacity and building an inclusive workforce in plasma science and technology in the State of Alabama,” Dr. Kolobov says. “The project will provide opportunities for UAH students and postdocs to use superior experimental facilities and advanced computational tools at national laboratories and interact with lead scientists at SNL and in industry.”

“These facilities and tools will be used in the proposed research,” says Dr. Kolobov. “Dr. Gabe Xu at UAH and Dr. Edward Barnat at SNL have already collaborated on laser collisional-induced fluorescence measurements of plasma stratification. They will continue this work to conduct targeted experiments on plasma self-organization at material interfaces.”

SNL is also currently studying mechanisms by which electrons are emitted from plasma-facing surfaces by modeling electron dynamics within a surface.

“This is another opportunity for collaboration with the UAH-CFDRC team for theoretical and computational studies of charge transport at plasma-material interfaces,” Dr. Kolobov says.

He was gratified by the review of the EPSCoR grant proposal.

“I was particularly pleased that the first reviewer has graded our proposal as ‘the most logical and scientifically valid proposal I have ever read.’”

Plasma is a fascinating media for scientists, Dr. Kolobov says.

“It is amazing that the presence of one ion per a million of neutral gas atoms – typical to weakly ionized plasma – drastically changes the properties of the gas, making it susceptible to exotic chemical reactions and collective phenomena” he says.

“It is an intellectually challenging task for scientists to identify existing similarities between the plasma processes at vastly different spatial and temporal scales such as solar wind, which is an expanding plasma from the Sun, and laser ablation, which is an expanding plasma from evaporated solid/liquid surfaces. Modern plasma processes often involve interactions between all four known states of matter – solid, liquid, gas and plasma – and phase transitions, making them exciting objects for future discoveries by scientists and engineers.”