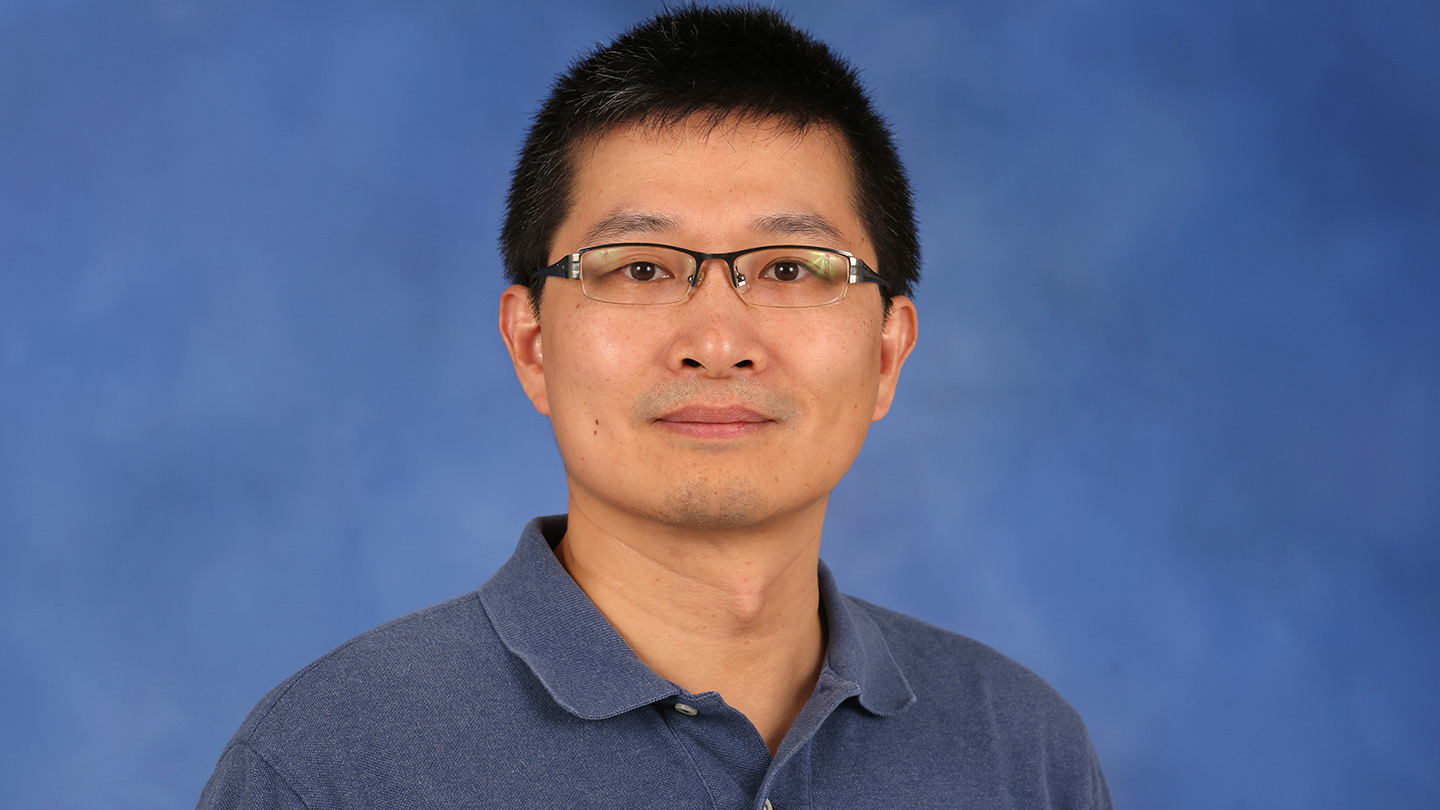 In work that is promising for future galactic modeling, an astrophysics team led by Dr. Ming Sun at The University of Alabama in Huntsville (UAH) has quantified processes involved in gas mixing in the tails of galaxies being stripped of their gas envelopes.

The research is pioneering because the processes by which the gas tails mix with the surrounding intracluster medium are poorly understood, says Dr. Sun, an associate professor of physics and astronomy at UAH, a part of the University of Alabama System.

“I have worked in this field from 2004, when I was still a graduate student at Harvard,” he says.

With postdoctoral research team members Dr. Chong Ge and Dr. Rongxin Luo at UAH and other collaborators, Dr. Sun has published a paper about the findings in Nature Astronomy.

Galaxies soar in clusters at high speeds of 1,000-2,000 kilometers per second (km/s). During their journey inside clusters, the drag force from the gas between galaxies in the cluster, called the intracluster medium, removes cold gas from galaxies. That process leaves long trails of stripped gas behind them, somewhat similar to airplane contrails and comet tails. 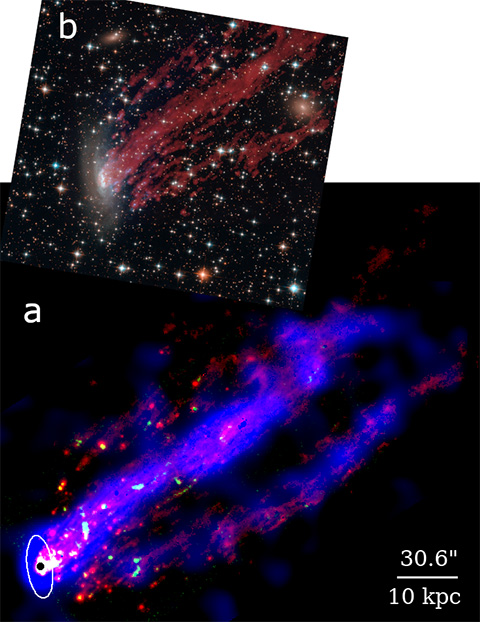 “Those trails, initially composed of cold gas originated from galaxies, will mix with the hot intracluster medium to produce multi-phase gas with various temperatures,” Dr. Sun says. “We all experience mixing of cold and hot gas and fluid in daily life, like when we pour cold milk into hot coffee, or cold air meeting warm air in our atmosphere."

The energy transfer and mixing in the multiphase medium is an outstanding question in astrophysics that is important to galaxy formation and evolution. Since Dr. Sun discovered the X-ray tail behind ESO 137-001 in 2005, the full story about these interactions has evolved as scientists began to get better and better data with new telescopes.

“Recent observations began to reveal such tails behind galaxies for gas at different phases or temperatures, in other words neutral atomic gas, molecular gas, ionized gas as shown in H-alpha – which is a specific deep-red visible spectral line – or hot gas in X-rays,” he says. “However, the relationship between gas in different phases in the tails is poorly known.”

“Moreover, a similar X-ray to H-alpha ratio is also observed in the only example of galactic winds – the outflows from galaxies that are important to regulate galaxy formation – suggesting this ratio may also apply in other multi-phase environments,” he says. “This new correlation provides an important test for models of energy transfer in the multi-phase gas, again important for studies of galaxy formation and evolution.”

Dr. Sun is currently working with theoreticians on modeling that uses the results of the research.  “It provides strong constraints on the distribution and geometry of the warm, ionized gas, likely highly fragmented or even fractal, as the interface between hot and cold gas,” he says.

In separate research reported in June, Dr. Sun’s team announced the discovery of a scientifically mysterious, isolated cloud bigger than the Milky Way, with a mass 10 billion times the mass of the sun. The gas cloud is located in an area of the Leo Cluster, also known as Abell 1367, that is unpopulated by galaxies. A1367 contains around 70 galaxies and is located around 300 million light years from Earth.