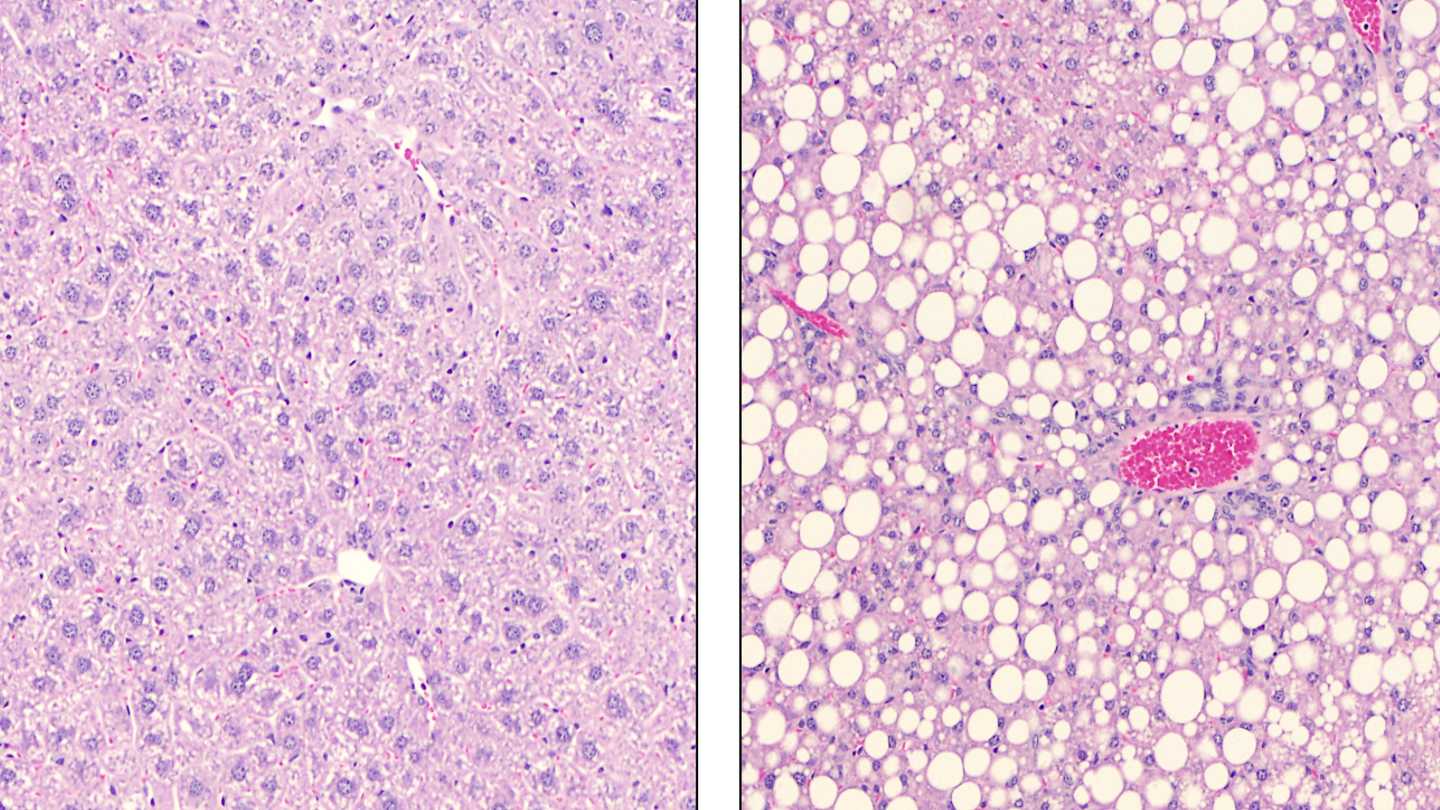 A photo from the research paper shows normal liver tissue at left and fatty liver tissue on the right. The white areas at right are accumulated lipids.

A treatment for conditions that underlie the development of Type 2 diabetes could evolve from new basic research discoveries at The University of Alabama in Huntsville (UAH).

For the first time, a team led by UAH, a part of the University of Alabama System, has characterized the metabolic function of a poorly understood phosphatase enzyme called mitogen-activated protein kinase phosphatase-2 (MKP-2), as well as the enzyme’s pathophysiology in obesity, Type 2 diabetes and nonalcoholic fatty liver disease.

The research raises the possibility that inhibition of MKP-2 is a potential strategy for the treatment of Type 2 diabetes, obesity and fatty liver disease.

“This opens many opportunities for further research towards treatment of Type 2 diabetes and other metabolic diseases,” says Dr. Ahmed Lawan, an assistant professor of biological sciences, the research paper’s lead author and the principal investigator.

“Recent work on the development of MKP-5 inhibitors has opened the door to novel strategies of allosteric modulation of MKPs that in general can be applied to MKP-2,” says Dr. Lawan. “However, more work needs to be done.” 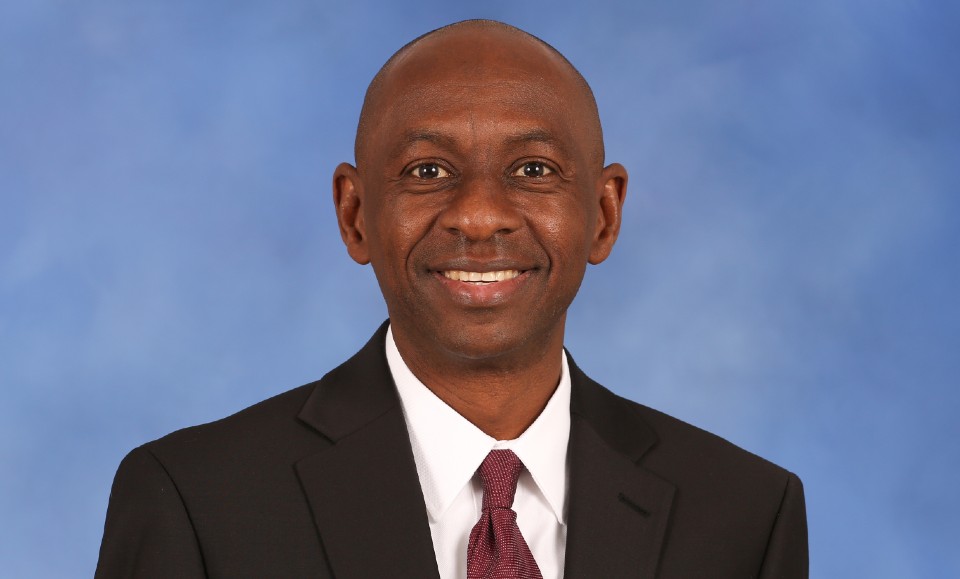 The UAH scientists employed mice that were genetically engineered to lack MKP-2 and also human liver tissue derived from fatty liver disease patients to investigate the physiological contribution of MKP-2 in whole body metabolism and whether MKP-2 is altered in obesity and human fatty liver disease.

The mice were supplied by the University of Strathclyde in the United Kingdom, and the University of Kansas provided human liver samples from obese non-alcoholic steatohepatitis (NASH) patients. The University of Texas at El Paso contributed in the design of some of the experiments and edited the manuscript.

“We show for the first time that MKP-2 protein expression was upregulated in liver tissue in humans with obesity and fatty liver disease, and in insulin-responsive tissues in mice with obesity,” says Dr. Lawan. “The upregulation of MKP-2 in the liver in obesity is part of a stress response that contributes to the development of insulin resistance, Type 2 diabetes and fatty liver disease.”

On the other hand, in major-insulin responsive tissues the MKP-2 deficient mice showed enhanced activities of proteins that regulate cellular processes, called p38, MAPK, JNK and ERK, when compared with control mice.

“Furthermore, we show that MKP-2 upregulation in obesity is consistent with reduced levels of insulin-like growth factor in mice with fatty liver disease and insulin resistance,” says Dr. Lawan. “These data indicate that upregulation of MKP-2 is a physiologically relevant response and might be beneficial in hepatic lipid utilization during obesity by antagonizing the p38, MAPK, JNK and ERK signaling module.”

The UAH investigators can’t say there’s a causal relationship between MKP-2 and Type 2 diabetes onset because their research “is just the beginning of the story on the role of MKP-2 in whole body metabolism,” Dr. Lawan says.

“The family of phosphatases are a very interesting group of enzymes that do not receive sufficient attention in the signaling field, given that they perform vital functions in terminating MAP kinase signaling,” he says. “MKP-2 is a poorly studied MKP.”

There’s still a lot of research ahead to fully understand the role of the MKP-2 enzyme in liver metabolism, Dr. Lawan says.

“The goal of future studies is to address the tissue-specific contribution of MKP-2 in tissues such as the liver, brain and pancreas towards glucose disposal and energy metabolism,” he says. “We will continue our efforts to evaluate the translatability of our findings in MKP-2 deficient mice using liver, adipose tissue and pancreas samples from obese NASH and Type 2 diabetes patients.”