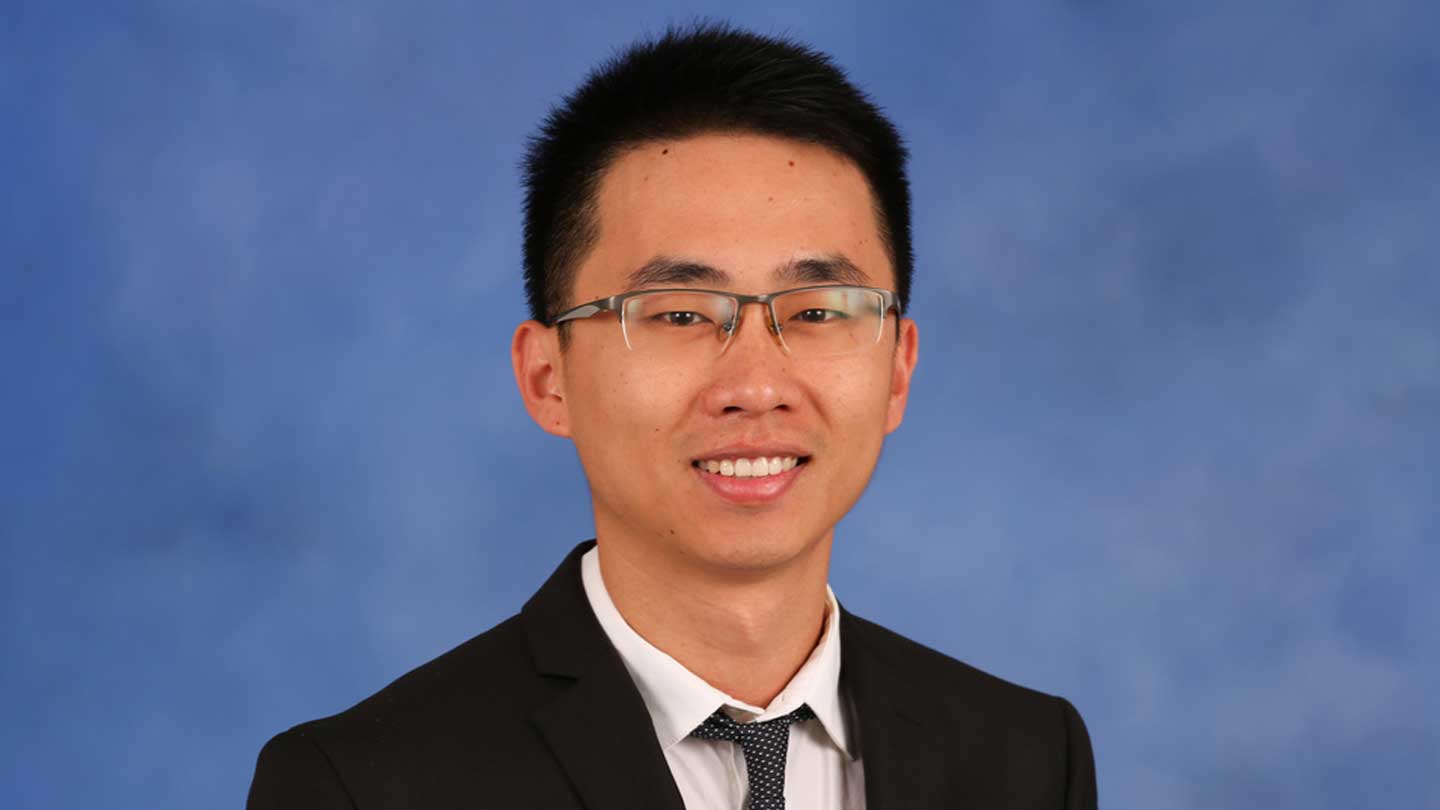 Dr. Jianqing Liu’s lab in the Optics Building is co-located with UAH’s Center for Cybersecurity Research and Education.

Research to harness commonplace errors in wireless devices to make them usable and provide for better security and efficiency has won a University of Alabama in Huntsville (UAH) assistant professor of electrical and computer engineering a five-year, $500,000 National Science Foundation (NSF) CAREER award.

"My CAREER project is to control and manipulate data errors in wireless devices using hardware and software co-design approaches," says Dr. Jianqing Liu, who has a lab in the Optics Building at UAH, a part of the University of Alabama System.

He says every wireless device is very shaky and unreliable in operations such as communication, computation and storage.

"This might not sound very intuitive, as we see these wireless devices running pretty smoothly in our daily life," says Dr. Liu, whose lab is co-located with UAH’s Center for Cybersecurity Research and Education (CCRE). "The reason is that there are lots of error control modules in those devices that combat noises, failures and imperfect behaviors of internal electronics."

On one hand, he says the error control modules consume a significant amount of wireless device battery, storage space and processor resources.

"On the other hand, data errors are not always harmful, but sometimes are benign or even beneficial," says Dr. Liu, whose research interests lie broadly in wireless communications, networking and security. "For instance, the fundamental idea of protecting security is through noise injection or encryption, whose intention is to corrupt and garble the original data."

He’s probing whether error control module parameters can be relaxed to permit certain data errors which then could be manipulated for wireless security or other uses.

"The benefits are two-fold," Dr. Liu says. "First, we save resources that are otherwise wasted by running error control modules. Second, we don’t need dedicated modules such as encryption algorithms to create corrupted data, but instead can harvest errors from wireless devices to provide that security. This idea is like the old saying, ‘Kill two birds with one stone.’"

CCRE Director Dr. Tommy Morris is mentoring Dr. Liu in the research. Dr. Liu is collaborating with Dr. Na Gong, an associate professor of electrical and computer engineering at the University of South Alabama. His CAREER award application was supported by Department of Electrical and Computer Engineering Chair Dr. Ravi Gorur, Nickolas Old and Michelle Massey from UAH’s Office for Proposal Development and Dr. Kavan Hazeli, a UAH associate professor of mechanical and aerospace engineering.

His CAREER award funding will join continuing funding from the NSF Directorate of Engineering’s Division of Electrical, Communications and Cyber Systems, and the Established Program to Stimulate Competitive Research (EPSCoR).

There are many potential benefits to his research for wireless devices and customers, Dr. Liu says.

He already began work on some relevant topics in early 2019.

"Because of the early start, I was able to show some preliminary findings in my CAREER proposal," Dr. Liu says. "Thanks to NSF’s funding, I will be able to continue this research and show more exciting findings in the next few years."