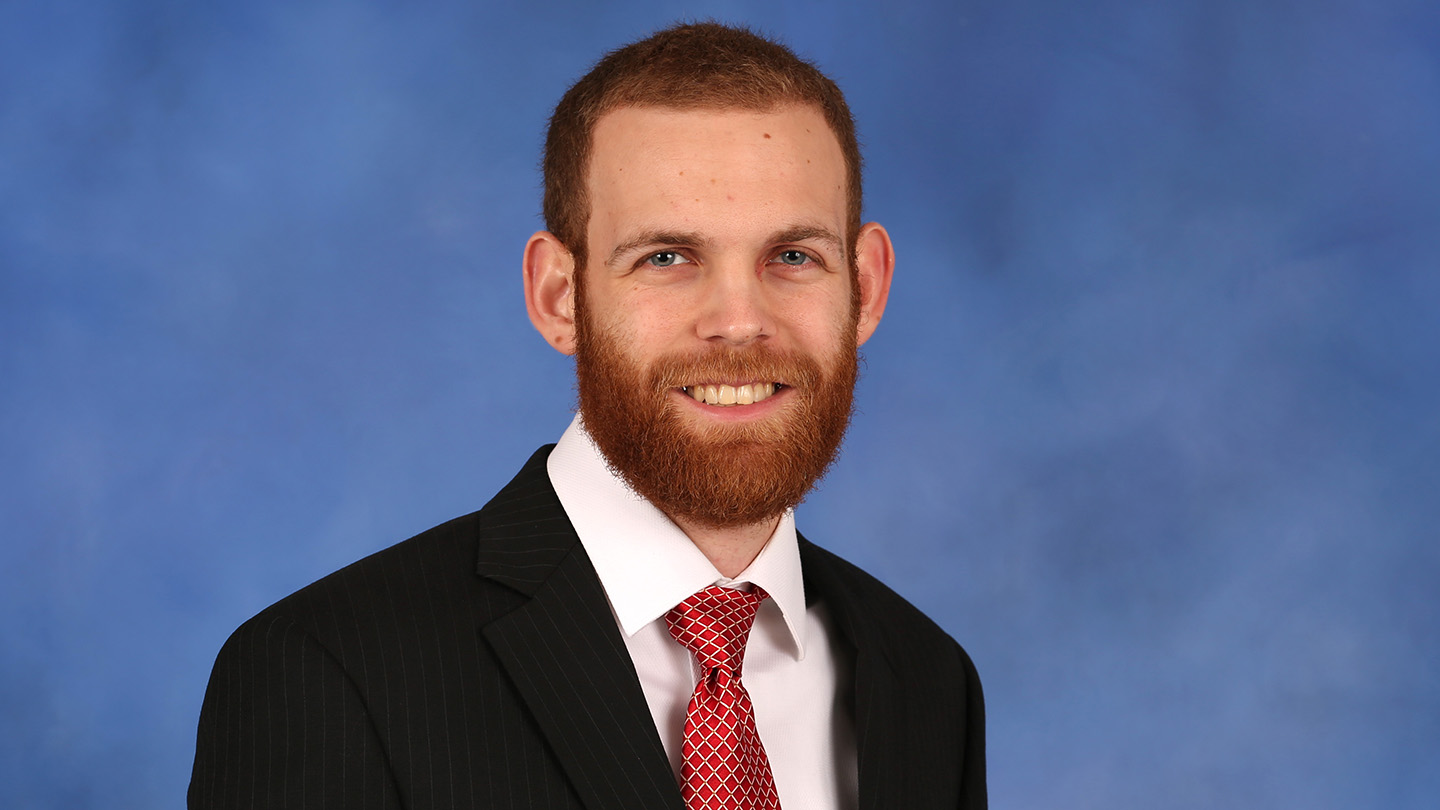 Research to propel microsatellites and CubeSats with ionized plasma from a micro-electrical engine will take a University of Alabama in Huntsville (UAH) doctoral student in aerospace engineering to Sandia National Laboratories in New Mexico this fall.

Andrew Walsten, a native of Mulvane, Kan., will intern under the United States Department of Energy (DOE) Office of Science Graduate Student Research (SCGSR) program. He’s one of 80 graduate students representing 17 states who were selected and will travel to Sandia in October.

“I have never won anything like this before so I was really excited,” he says. Walsten’s UAH advisor is Dr. Gabe Xu, an associate professor of mechanical and aerospace engineering.

“I ended up at UAH because when I graduated from Kansas State University, I was interested in working on electric propulsion for grad school,” Walsten says. “I applied to a bunch of schools that were doing electric propulsion research and got an offer from Dr. Xu that I accepted.”

The SCGSR program provides opportunities for graduate students to conduct part of their graduate thesis research at a DOE laboratory or facility, in collaboration with a DOE laboratory scientist. SCGSR research projects are expected to advance the graduate awardee’s overall doctoral thesis while providing access to the expertise, resources and capabilities available at the DOE laboratories or facilities.

The program provides supplemental awards for graduate students to spend three to 12 consecutive months onsite at a DOE national laboratory or facility conducting graduate thesis research in a priority research area, side by side with a DOE laboratory scientist. The award provides support for inbound and outbound travel to the laboratory, and a monthly stipend of up to $3,000 for general living expenses.

“There are a lot of different types of electric propulsion, but I am specifically looking at a Hall thruster design,” Walsten says. “Hall thrusters are a mature technology that have been flown in space before. They are an annular device and you can find a bunch of images for them online.”

The engine’s propellant is fed in at the base of the annular chamber where the anode is also located. Electrons are emitted from an external cathode that is outside of the chamber. A potential difference develops between the cathode and anode which results in an electric field and accelerates the electrons towards the anode. But the electrons encounter a radial magnetic field at the channel entrance and start spiraling around the annulus in what is known as a Hall current.

“These electrons that are spiraling around the chamber then collide with the neutral propellant gas and ionize it,” Walsten says. “The resulting ions are then accelerated out of the thruster by the electric field that developed between the cathode and anode.”

The ejected ion plasma provides the thrust. Some electrons emitted are used to neutralize the beam so that no charge builds up on the spacecraft.

“These thrusters provide thrusts anywhere from a few micronewtons to a few newtons, with specific impulses in the thousands of seconds depending on what size Hall thruster you are using,” Walsten says. “The thrusts are very low when compared to chemical rockets, but the high specific impulse is a big benefit.”

“This means that you don't have to bring as much propellant for a given mission,” Walsten says. “Since there is practically no gravity or drag forces in space, you don't need as much thrust, so high specific impulse is often times more desirable over high thrust to reduce fuel weight.”

Yet engineering problems arise when Hall thrusters are scaled down to CubeSat size, including decreased efficiency and erosion of the chamber wall.

“Some ways to fix this are to remove the inner chamber wall so that the chamber is now cylindrical instead of annular which helps decrease the surface-to-volume ratio,” Walsten says. “This is known as a cylindrical Hall thruster. Also, the magnetic fields can be tailored to magnetically shield the chamber walls so that less ions and electrons hit the walls."

He’s working on a two-stage cylindrical Hall thruster innovation that ionizes the plasma in a separate device before it is accelerated from the chamber.

At Sandia, Walsten will be mentored by physicist Dr. Brian Bentz, and the pair will use laser-collisional induced fluorescence to map the engine’s plasma distribution and compare it to the magnetic fields to better understand the plasma’s behavior and how it affects the performance of the thruster.

At UAH, Dr. Xu says Walsten has been doing experimental work on low-temperature plasmas since he started in 2018 and has published two journal papers and three conference papers so far.

Next, Walsten studied the behavior of split-ring resonator generated plasmas for space propulsion applications and developed the probe mapping method and code that multiple students have used to measure plasma properties in the lab before moving to his current project, Dr. Xu says.

The move to Sandia will open new research horizons for him, Walsten says, but he points out that it won’t all be work.

“It’s not research related, but I'm looking forward to doing a lot of hiking while down in Albuquerque.”