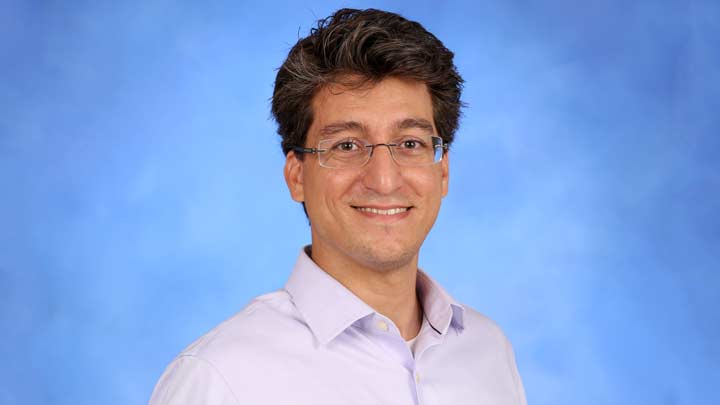 Dr. Nick Jones has won an award for the best paper of 2019 from a British journal.

The chair of the Department of Philosophy at The University of Alabama in Huntsville (UAH) has won an award for the best paper of 2019 from a British journal.

Dr. Nicholaos (Nick) Jones won the Rogers Prize from the British Journal for the History of Philosophy for his paper, “The Architecture of Fazang’s Six Characteristics.”

“I'm trained as a philosopher of science,” he says. “But I've always had an interest in doing scholarship on the history of Chinese Buddhism, as a sort of secondary research project. I'm very honored for the editors to think so highly of my efforts.”

Dr. Jones’ paper, which was among only 9 percent accepted by the journal last year, is an effort to explain some ideas from a medieval Chinese Buddhist monk named Fazang.

“Fazang had significant influence on subsequent Chinese efforts to make sense of how the things in the world hang together and how we fit in with everything else,” Dr. Jones says. “Part of the reason he is so influential is that he has some interesting and provocative views about everything being inescapably interconnected.”

He says that has made Fazang relevant to contemporary discussions about ecology and globalization, where people like to think about his metaphor of Indra's net, visualized as a massive network of jewels, each of which reflects all the others.

“My paper is an effort to explain Fazang's views about interdependence in the context of parts and wholes,” Dr. Jones says.

“Fazang offers, in effect, a way to think about how the citizens of a nation – or the subjects of an empire, in his case – belong to each other as members of a common whole, and about how the whole gains its integrity from the citizens being responsive to each other,” he says. “It's an interesting alternative to thinking of citizens as sovereign individuals who are responsible for others only insofar as they choose to be.”

Dr. Jones says that when philosophy gets attention in the news, it tends to be for its value in giving people the sort of soft skills that are difficult to acquire in more profession-oriented education. It confers skills like argument framing and organization, which are relevant to project management and strategic planning, as well as reason-driven persuasion, which is relevant for tactical communication and operational analysis.

“I don't disagree with any of this. Philosophy alumni from UAH are succeeding in all sorts of different careers. Just in the past five years, we have graduates working in management, law, analysis, software development, technical writing and recruiting, just to name a few.”

To get at what he thinks is the deeper value of philosophy today, Dr. Jones tells a story called “The Carpenter's Tree” from a very old book called the “Zhuangzi.” In the story, a carpenter is telling his apprentice about a gnarly old tree out in the forest. It's very old. The wood is all twisted. The lumber is poor quality.

“The carpenter says it's a useless tree, because there's no way to use it to make a ship, a door, a pillar, a coffin and so on. Then the carpenter has a dream,” says Dr. Jones. “He dreams that the tree tells him no one bothers to cut it down because no one can assign it a specific purpose. But, the tree says, this is the secret to its longevity. It's old precisely because it has refused to limit itself to being just one thing.”

“It's old. It gets your thoughts all twisted up. Everyone thinks it's useless, because no one can seem to figure out the one career you'd get with a philosophy degree. But that's precisely why philosophy is important.”

“This, I think, is why philosophy majors are so versatile in their careers and why they have the highest mid-career salaries of any humanities degree,” he says. “It's also, I think, why everyone can benefit by studying a little philosophy – it teaches you how to bend and flex when life throws itself at you.”