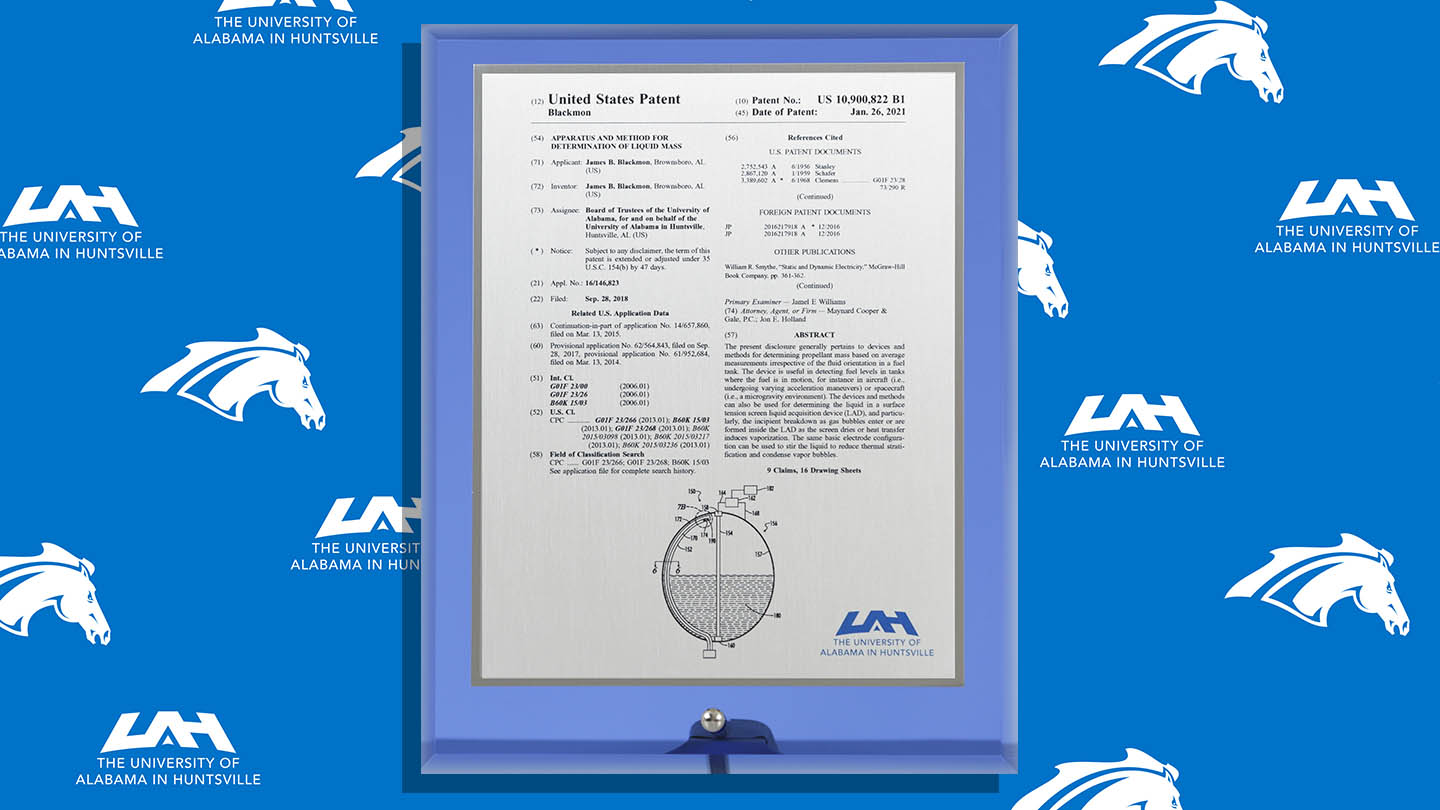 “UAH researchers, both faculty and staff, are always working to expand the boundaries of human knowledge in ways that can benefit our society, and the university presents these commemorative plaques to recognize the splendid achievement of these innovators,” says Dr. John Christy, interim vice president for research and economic development.

“The products of these researchers are significant and unique, which qualifies them for patents awarded by the United States Patent and Trademark Office. We congratulate each of them,” Dr. Christy says.

“We are seeing the results,” Grant says. “Taxpayers, within the State of Alabama and the nation, are seeing returns in two forms. First is the development of a highly educated workforce. Secondly, innovations are being brought about as a result of research being conducted at UAH, which are then made available for the public.”

OTC spends considerable time and effort in educating the university’s innovators about the value of research beyond publications, Grant says.

“We talk to them many times about how the findings they plan on publishing can also be protected and eventually translated into commercial products and services,” he says.

Revenue generated by patents and copyrights that make their way to the marketplace is shared by UAH with the innovators.

“The fact that OTC and the Office of the Vice President for Research and Economic Development are willing to allocate resources to filing and obtaining intellectual property protection for our innovators, including patents and copyrights, is an indication of the confidence UAH shows in the capabilities of our faculty, staff, and yes, sometimes students,” Grant says. “This in turn motivates them and we are seeing very positive results.”

Patent numbers, titles, the inventor or inventors, and the involved center or college are: