When Writer’s Block is a good thing… 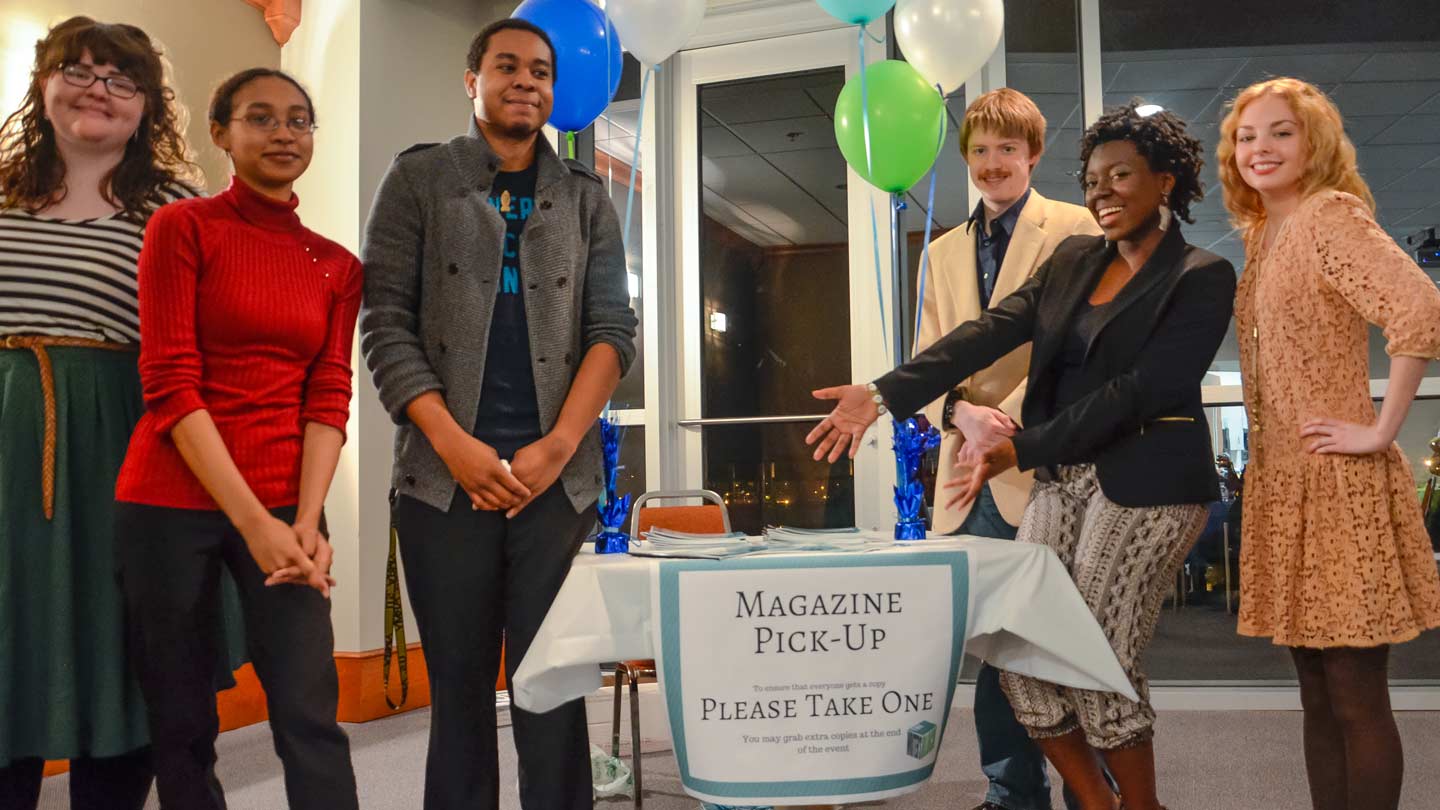 Jessica Lockett (second from right) and members of the Writer’s Block celebrate the launch of “New Beginnings.”

Thanks to the Writer's Block, students at The University of Alabama in Huntsville (UAH) were treated to the campus' first literary arts magazine in six years. Birmingham, Ala., native Jessica Lockett founded the student-run organization in 2013, which serves as an outlet for creative writers all over the UAH campus to meet and share their writing. Now, she says, "when people come to UAH they can see that it really is a well-rounded school."

The group meets every Thursday evening at 8 p.m. in Charger Union. "We start off with a writing prompt exercise and then share our stories with each other," says Lockett, a senior English and Communication Arts double major. And though many members are students in the College of Liberal Arts, not all are. "Biology and engineering majors have joined us, and some of them have even completed novels in this club!"

In addition to meetings, the Writer's Block sponsors several events throughout the academic year, including a Halloween scary-story contest and their Valentine's Day "Fortune of Love Day" fundraiser, which invites students to write their own fortune-cookie fortunes. Guest speakers are also an important component of the club. Spoken-word poet Ruby Francisco recently gave a performance and, in a few weeks, members will dine with spoken-word poet Jinahie. 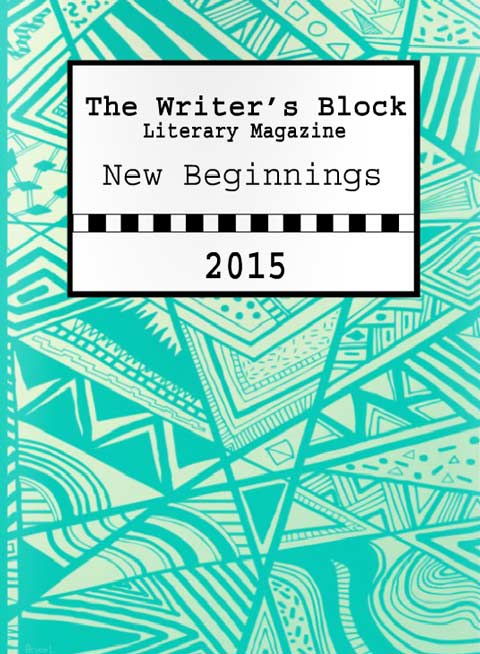 After their first year, the club began laying the groundwork for a new literary arts magazine. They set up a website to solicit submissions of creative-writing samples, poetry, artwork, and photography from UAH students. The result was New Beginnings, which is now available online. "It was a good default name, because it is a new beginning for us," says Lockett. "It represents our opening to UAH and establishes our club."

The magazine made its debut mid-March, complete with a celebratory release party. Lockett says she hopes to publish a follow-up next year, eventually moving to one per semester. And her ambitions as the club's president don't stop there; she'd also like to send members to local writing conferences, and one day create a festival for the Writer's Block on campus that would have "the same reputation as ChargerCon."

Of course, with her graduation date looming at the end of the year, Lockett doesn't have much time. But even if she isn't able to achieve all of her goals as president, she knows she'll be leaving the club in capable hands. "I am so proud of the accomplishments that the Writer's Block has made so far," she says. "I see nothing but great things for the future!"