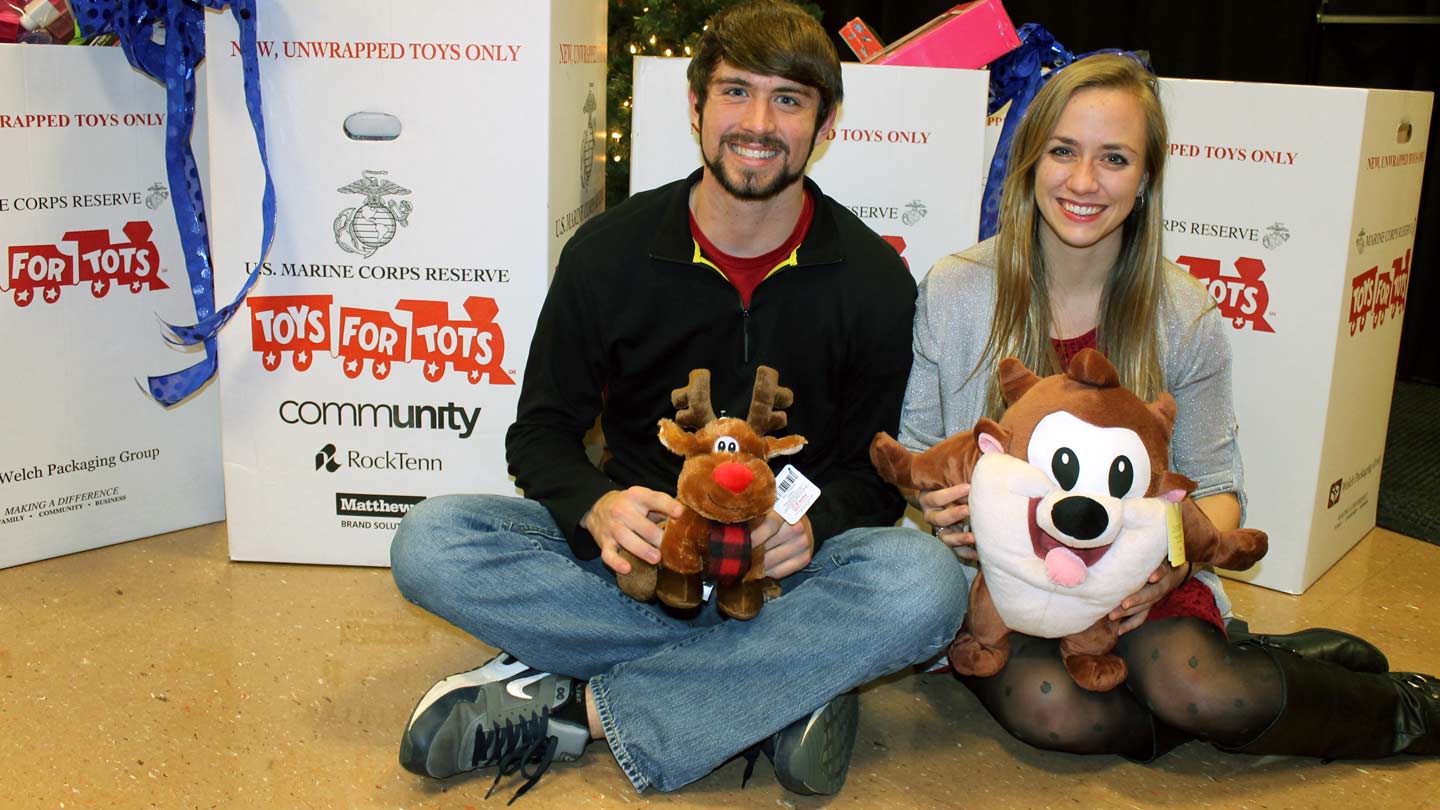 If a royal throne is made secure through kindness, then Ryan Michael and Kelly Marie Steinberg can rest easy. The pair, who was crowned this year’s Homecoming King and Queen of The University of Alabama in Huntsville (UAH), managed to set a new record for their first philanthropic endeavor – collecting donations for Toys for Tots.

“This year we had more toy donations and monetary donations to purchase more toys than the past three Homecomings,” says Kacey R. Schaum, Assistant Director for Student Life. She wasn’t surprised, however, given her experience with both Michael and Steinberg. “I knew that these two were going to do a great job! I am proud of the work that they are doing, and I cannot wait to see what they will accomplish next semester.” 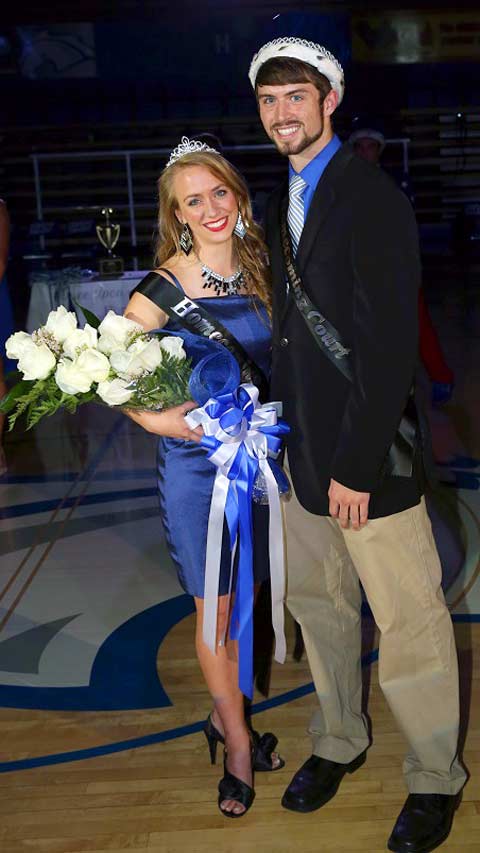 Michael and Steinberg were crowned UAH’s 2014-2015 Homecoming King and Queen.

Both Michael and Steinberg were nominated as Homecoming candidates by Baptist Campus Ministries, a student-led Christian organization. After completing an application and an interview, they were among the ten students selected by the Homecoming Committee to make up the Homecoming Court. Two weeks later, at Midnight Madness, they were revealed to be the people’s choice for Homecoming King and Queen.

“I was kind of shocked to win, being a sophomore,” says Michael, who hails from Lexington, Ala. But with the King and Queen charged with the university’s annual Toys for Tots collection, he and Steinberg didn’t have much time to celebrate. “I think we had a week and a half to spread the word and let the campus know we would be collecting!”

In addition to placing bins in strategic locations across campus, the pair attended back-to-back hockey and basketball games, Greek Thanksgiving, and a variety of other events to collect toy and monetary donations in person. Their hope was to get “maybe 200-300 toys and $200 in donations,” says Michael. Instead they wound up with closer to 500 toys and almost $500 in donations. “When Kelly Marie and I do something, we want to make sure we do it the best we can.”

The pair’s feat leaves big shoes for their successors, who will be crowned at next fall’s Midnight Madness, to fill. “King and Queen is a developing leadership opportunity on this campus,” says Schaum, “and I truly believe Ryan and Kelly Marie are setting the tone and paving the way for future students who are awarded this role.”