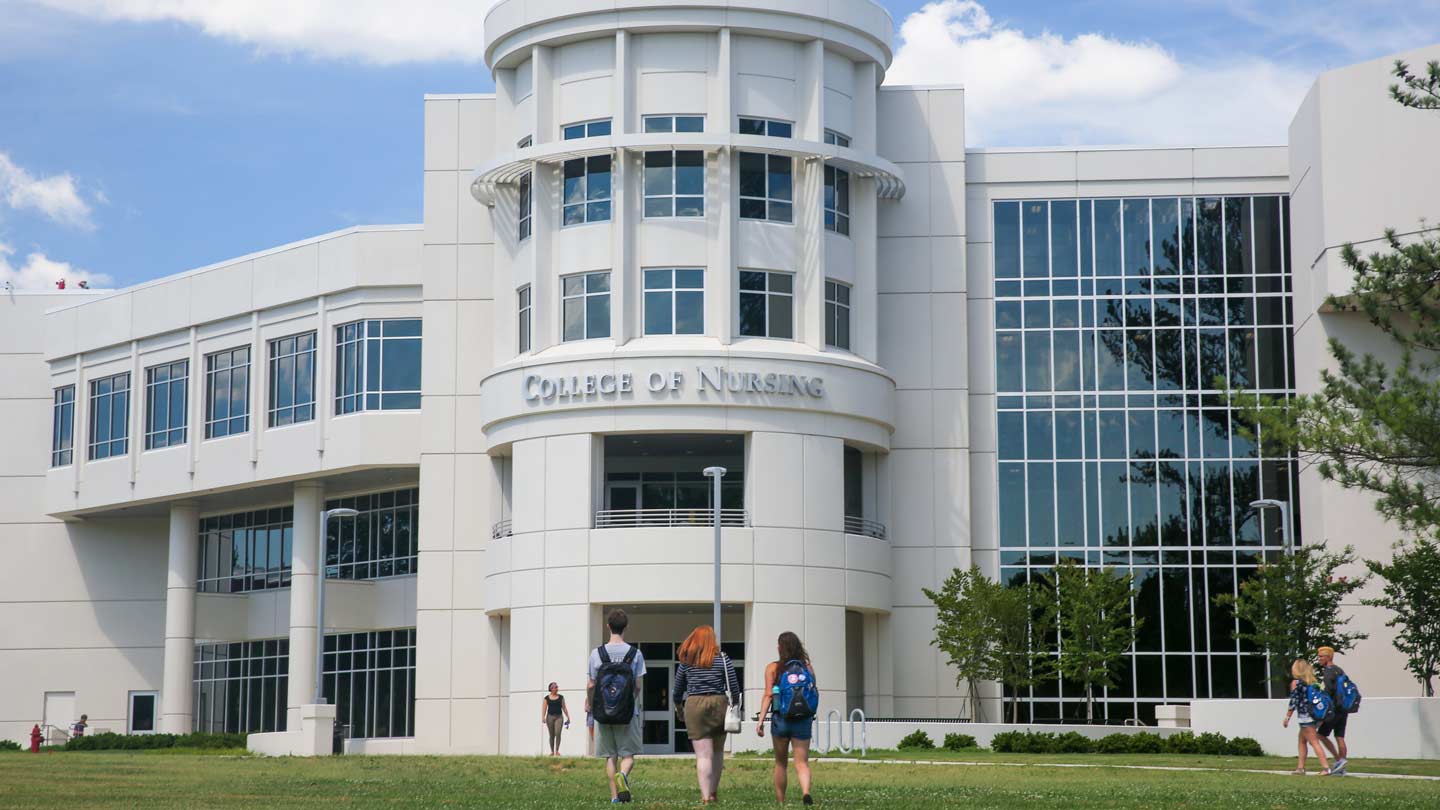 UAH’s College of Nursing will launch its independent Doctor of Nursing Practice (DNP) program this fall.

The College of Nursing at The University of Alabama in Huntsville (UAH) plans to launch an independent Doctor of Nursing Practice (DNP) program this fall, pending approval from the Southern Association of Colleges and Schools Commission on Colleges. This initiative joins several others that have recently been introduced to increase both enrollment and retention, including transitioning to total online testing, creating a new curriculum to promote higher-level learning and application for clinical excellence in the Bachelor of Science in Nursing (BSN) program, creating a new curriculum to promote quality and safety in the RN-BSN program, and adding a state-of-the-art simulation center with telehealth technology.

Previously, UAH's DNP degree was offered as part of a joint program with the University of Alabama's Capstone College of Nursing and the University of Alabama at Birmingham's School of Nursing. It was also recently singled out for recognition as the fifth best online DNP program in the nation, underscoring its potential as a standalone offering. Now students will be able to earn the new degree from UAH via one of two pathways: the post-baccalaureate to DNP, which integrates advance practice nursing content from the Master of Science in Nursing into the DNP, and the post-master's to DNP, for those nurses who have already earned a Master of Science in Nursing.

"By having an independent program, we will be able to better meet the needs of students seeking graduate education in nursing in the state of Alabama," says Dr. Marsha Adams, Dean of UAH's College of Nursing. "We'll also be able to more effectively achieve our College's mission to educate and inspire individuals to become nurse leaders who act with integrity, discover through scientific methods, and advocate for the best healthcare experiences of people and communities in a complex and evolving healthcare environment."

By having an independent program, we will be able to better meet the needs of students seeking graduate education in nursing in the state of Alabama.

The post-baccalaureate to DNP program will provide two concentrations: leadership in healthcare systems, and nurse practitioner in family and adult gerontology acute care, which aligns closely with the College's status as a member of the National Hartford Center of Gerontological Nursing Excellence. The nurse practitioner concentration will consist of 73 credit hours. The leadership in healthcare systems concentration will consist of 71 credit hours. "All courses for these concentrations already exist, so it's more of a restructuring of the present curriculum," says Dr. Adams. "And as with our other programs, this one will incorporate distance-accessible methods for the delivery of graduate clinical programs." Both will also be offered at a flat $366-per-hour tuition rate with no additional fees regardless of residence.

Yet even as the College looks forward to enrolling the program's first students in August, Dr. Adams is quick to point out that the close collaboration with the other campuses will continue. This will include regular meetings among the deans of all three schools, collaboration among the faculty on research and scholarship activities, and the development and implementation of a joint annual DNP summit that will focus on challenges and trends in DNP education, innovative teaching strategies, scope of practice, and the health status of Alabamians.

The latter is especially important, given the well-documented dearth of healthcare providers throughout the state . Currently, Alabama has one of the nation's lowest physician per capita ratios as well as the lowest state ratio of nurse practitioners, while all 67 of its counties have been designated as either Medically Underserved Areas or Medically Underserved Populations by the U.S. Department of Health and Human Services. "We also expect to have a critical shortage of nurse administrators and nurse faculty in the coming years, as more retire than are replaced," says Dr. Adams.

That shortage is what initially served as the catalyst for the creation of the joint DNP program in 2008. But despite awarding 49% of all DNP degrees in Alabama and handing out more than 890 doctorates since its inception, it has struggled to keep pace. Now the hope is that all three nursing schools can better fill the gap by offering an independent version of the program. "By collectively increasing the amount of DNP graduates, we have a greater potential of meeting the projected need for primary and acute care providers in the coming years," says Dr. Adams.

And just as important, she adds, these graduates will be able to assume complex leadership roles to advance clinical practice and healthcare delivery at the organizational and systems level and to serve as clinical nursing faculty who are able to mentor and educate new nurses. "Everyone benefits - both within Alabama and across the nation - when we can increase the number of advanced practice nurses who are highly educated, prepared to work within collaborative interprofessional teams, and who can lead changes that improve the outcomes of health systems."