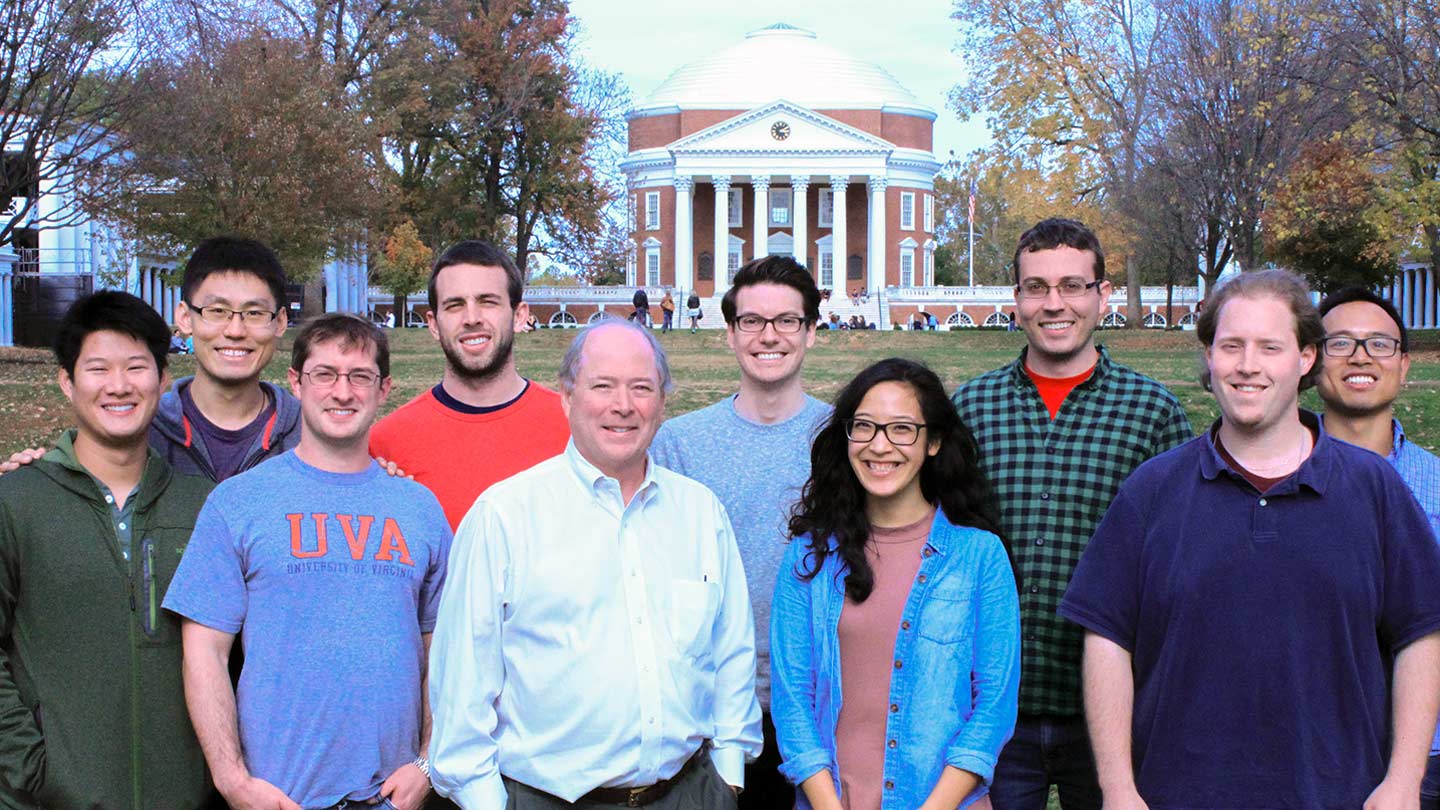 Renowned chemical engineer Dr. Robert Davis (center) pictured with members of the Davis Catalysis Laboratory Group on the campus of UVA. Davis will give a public lecture at UAH on Oct. 9.

Photo courtesy: The University of Virginia.

Renowned chemical engineer Robert J. Davis will give a public talk on the campus of The University of Alabama in Huntsville (UAH) on Tuesday, Oct. 9.

Davis will give the talk "Catalytic Conversion of Alcohols Derived from Renewable Biomass to Chemicals and Fuels," at 2:30 p.m., in the M. Louis Salmon Library room 111. The event is free and open to the public. The UAH Distinguished Speaker Series is sponsored by the university’s Office of the Provost.

Dr. Robert J. Davis is the Earnest Jackson Oglesby Professor of Chemical Engineering at The University of Virginia (UVA), in Charlottesville. He joined the UVA faculty in 1990 as an assistant professor. He was promoted to associate professor in 1996, full professor in 2002, and named the Earnest Jackson Oglesby Professor in 2009. Davis also served as the Chair of Chemical Engineering at UVA from 2002 to 2011.

His research interest is in the field of Catalysis, the process of speeding up chemical reactions by providing an alternative pathway for breaking and making bonds.

Davis is the recipient of numerous awards and honors including the Emmett Award of the North American Catalysis Society, the National Science Foundation Young Investigator Award, the DuPont Young Professor Award, the Union Carbide Innovation Recognition Award, and the UVA Rodman Scholars Award for Excellence in Teaching.

A prolific researcher and writer, Davis authored the book "Fundamentals of Chemical Reaction Engineering," and he co-authored more than 150 publications.

In addition, Davis has delivered over 100 invited lectures at conferences, academic departments and industrial research groups, and has co-authored over 100 additional presentations at technical meetings. Davis has served as President of the Southeastern Catalysis Society, Chair of the 2006 Gordon Research Conference on Catalysis, Chair of Catalysis Programming of the AIChE, Chair of a US government panel charged with worldwide assessment of Catalysis by Nanostructured Materials, Director of the Catalysis and Reaction Engineering Division of the AIChE, Director of the North American Catalysis Society, Co-Chair of an International Catalysis Workshop in China, member of the Advisory Board of the International Conferences on Solid Acid and Base Catalysis, and member of the editorial boards of Journal of Catalysis, Applied Catalysis A and B, Journal of Molecular Catalysis A, ChemCatChem and ACS Catalysis.