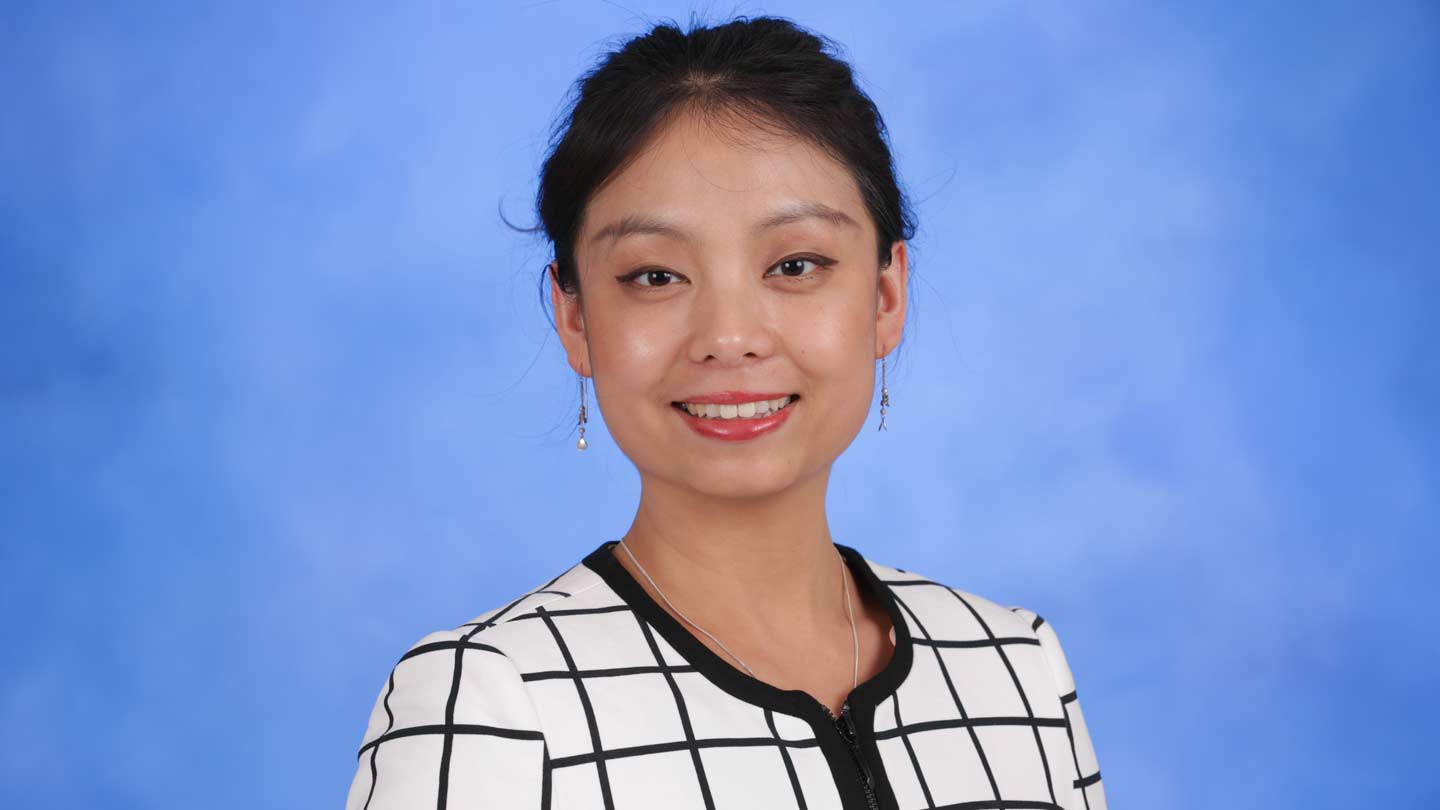 Dr. Shuang Zhao has faculty appointments in CAHS and CS.

Shuang Zhao was "always sick" from the constant pollution from the thick, gray blanket of clouds hanging over her hometown, of Lifen, in the Shanxi Province located in northern China. According to a 2010 CNN online news article, Lifen was at the top of the list of the worlds 20 most-polluted cities.

Because the heavy coal mining and manufacturing industries, caused serious health problems in her hometown, Zhao committed herself to environmental issues when she was a young girl.

Zhao, who currently has shared faculty appointments at UAH as Assistant Professor in the Department of Political Science and the Department of Atmospheric Science, was in high school when she conducted interviews with coal mine owners and policy makers for her senior project, an in-depth Shanxi pollution report.

Zhao's family moved to Beijing when she was entering high school. "My family moved so that I could have better educational opportunities." After high school she graduated from Beijing Technology and Business University (BTBU). During her study at BTBU, she won yearly outstanding student scholarship awards from the university's college of economics. Zhao was also the recipient of two Procter and Gamble China Corporate Event Business Plan Awards, while an undergraduate student at BTBU.

Pottenger and Hawk also informed Zhao of other collaborative research opportunities with other departments in atmospheric science and business. "I became seriously interested in working for the university after my campus visit to UAH. During my visit, I met the deans in the College of Arts, Humanities, and Social Sciences (CAHS), and the College of Science (CoS). I also had a chance to interact with professors from both colleges," Zhao said. "The campus visit helped me to identify future collaborative endeavors, and showed me great research resources in both colleges."

In CAHS, Zhao teaches international relations, research methodology and environmental policy courses. "I take an active role in curriculum and program reform of the master's program in Public Affairs. I contribute my expertise and experience in the public policy area to the course reforms for the masters' program," she said. "I also actively engage in research in international relations and environmental policy in which I involve graduate students both from CAHS and CoS, including a political science graduate student working on a project that analyzes the great power politics in Central Asia."

Zhao's main focus in the Department of Atmospheric Science is environmental policy courses. She also mentors a graduate student from the Earth System Science Center on an environmental justice project that evaluates whether LEED certified schools are disproportionately located in white and higher income communities. She identifies common research interests and collaboration opportunities with faculty in Political Science and Atmospheric Science, to conduct more interdisciplinary research.

Zhao's vast environmental and public policy research extends well beyond academic borders. "We often think governments are the enforcer of environmental policies but in reality, private firms also enforce laws and regulations through second-order agreements with their business partners. Environmental provisions are either embedded in a larger package agreement such as acquisition agreements or those which constitute standalone agreements," she said. "Similarly, supply chain relationships could act as an important source of pressure resembling government regulation to change firms' environmental behavior."

Zhao said public and private costs for traditional environmental protection is significant - with costs in the tens of millions of dollars in recent years. "Studying initiatives driven by private sectors could help to combat environmental problems in a more cost effective way."

Additionally, she said, research in private environmental management generally starts with understanding motivations and drivers that spur private firms to conduct self-regulation. "I have conducted surveys and interviews with a variety of Chinese manufacturers and found that exporting to developed countries and being integrated into the global supply chain motivates Chinese firms to adopt higher environmental standards and better environmental management programs."

Zhao said her current research methods include econometric techniques, which uses economic theory, mathematics and statistical inference to measure the benefits and effectiveness of environmental protection efforts. She noted too, that the econometric techniques is becoming increasingly popular in the environmental policy field in which large amounts of data are normally involved to understand pollution behavior and evaluate effectiveness of policies. Zhao also often relies on panel data techniques in her research.

Another research method Zhao relies on is spatial statistics. "Many environmental issues and policies could not be accurately modeled unless spatial correlation is considered. Without considering spatial correlations, such as policy adoption influenced by neighboring states, many estimates would be biased. Including spatial techniques helps us to understand pollution patterns and issues related to policy adoption and diffusion."

Additionally, Zhao said the importance of air pollution modeling techniques such as the pollution dispersion model has great potential in the environmental policy field. "Being able to model how pollutants travel will help policy makers understand interstate pollution spillover problems and create accurate policies to eliminate the interstate spillover problem." She noted further that modeling air pollutant dispersion also helps to identify which groups of residents are affected and then further evaluates the health impact on others.

Zhao has two forthcoming articles "Punctuated Equilibrium and Contemporary Authoritarianism - Evidence from the People's Republic of China," to be published in the Policy Studies Journal. Her second paper, "Has the Clean Air Interstate Rule Fulfilled its Mission? - A Panel Data Approach to Evaluate the Effectiveness of CAIR," was just revised and resubmitted to the journal, Review of Policy Research.

"I believe environmental problems are related to everyone - especially in the era of globalization. Many environmental problems that were once local have been quickly escalated into regional and global levels," Zhao said. "For example, long range air pollution travels across states and even continents. It takes more than one government to solve these problems. Needless to say, climate change issues concern everybody, which could only be addressed with collaborations from all governments as well as private sectors and individuals. With public regulation becoming increasingly expensive, motivating private sector self-regulation that involves third party monitoring such as non-profit organizations have become important alternatives to addressing environmental problems."

Zhao completed her master's degree in public affairs from the Lyndon B. Johnson School of Public Affairs at The University of Texas at Austin. "During my study at the university, I won LBJ Professional Development Funding and the William H. Crook fellowship in Global Affairs to support my field research in China on renewable energies." She earned her PhD at Indiana University Bloomington, where she completed a joint degree between the department of political science and school of public and environmental affairs. While attending Indiana University, Zhao received financial support from the Research Center for Chinese Politics and Business, and the Office of the Indiana University Vice President for Research to complete her doctoral research.