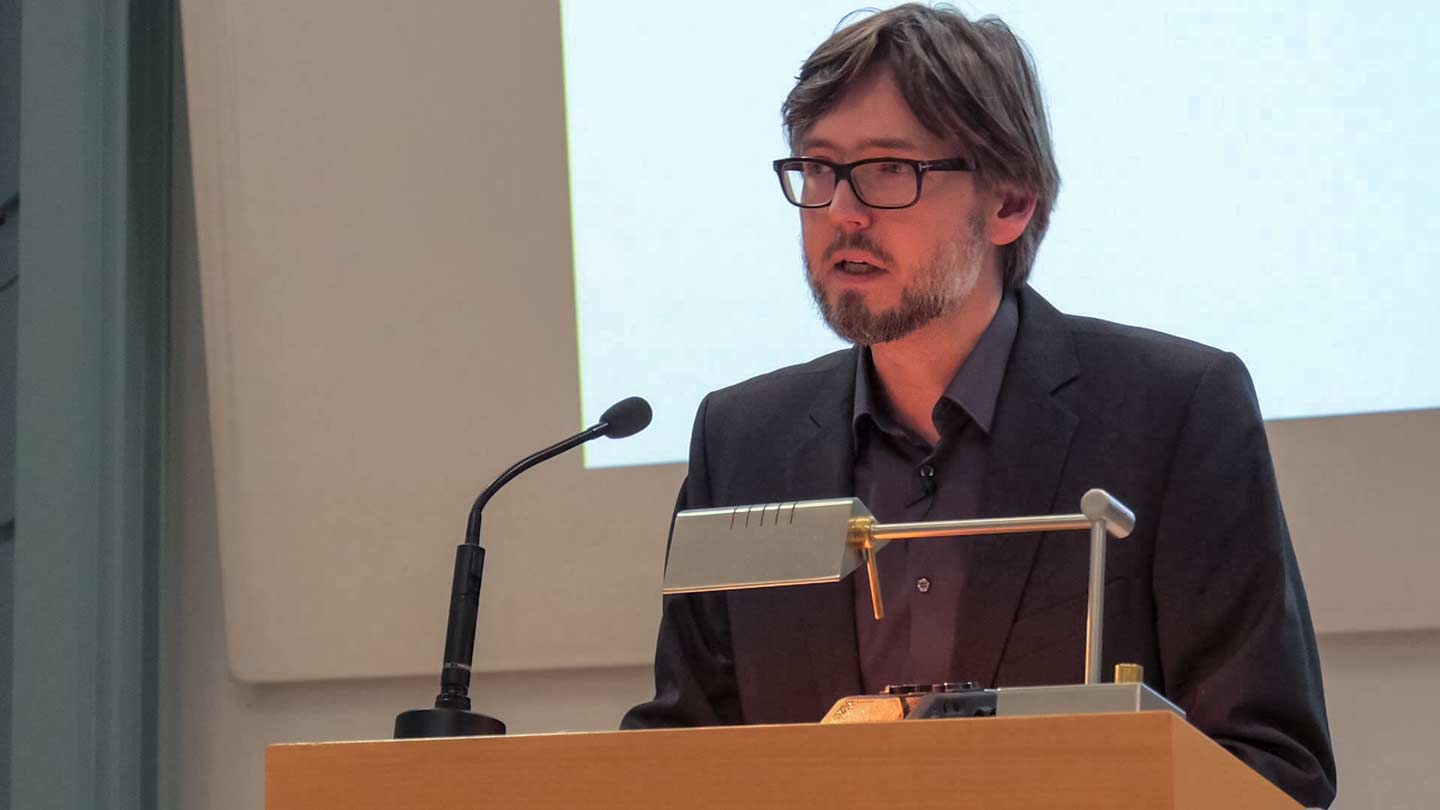 Dominik Finkelde renowned political philosopher of theology and literature, will visit The University of Alabama in Huntsville (UAH) as a visiting Eminent Scholar in November.

Finkelde, Professor of Contemporary Political Philosophy and Epistemology at The Munich School of Philosophy will give two public lectures on the UAH campus, and take part in an interactive workshop. On Wednesday, Nov. 8, at 6 p.m., in the Chan Auditorium, located in the College of Business, and on Thursday, Nov. 9, at 6 p.m., in the Wilson Hall auditorium on the first floor. Finkelde will also participate in a workshop for students and faculty on Friday, Nov. 10, at 3 p.m. His visit to UAH is sponsored by the Eminent Scholars Program at the Humanities Center in the College of Arts, Humanities and Social Sciences, and the UAH Distinguished Speaker’s Series in the Office of the Provost.

Finkelde’s brilliant and highly original scholarly work is at the forefront of intersections between subjects philosophy, epistemology, Lacanian psychoanalysis, and literary criticism. He is a collaborating editor on a book series that employs distinguished French philosopher, Alain Badiou’s theories in its publications.

Fluent in English, Finkelde is an experienced public speaker and a broadly inclusive, multi-disciplinary scholar. He studied philosophy, theology, and literature in Berlin, Munich, and Paris, completing his studies with a doctoral dissertation on Walter Benjamin and Marcel Proust. In 2009 he was ordained as Jesuit priest. Since 2015, Finkelde has been professor of contemporary philosophy and epistemology at the Jesuit University of Philosophy in Munich.

Finkelde has taught as visiting lecturer in Mexico City as well as at Georgetown University and Loyola University Maryland. His new book Excessive Subjectivity: Kant, Hegel, Lacan, and the Foundations of Ethics, (2017) rereads and discusses the tradition of German idealism and finds in it the potential for transformative acts that are capable of revolutionizing the social order. Among his numerous publications are books on the political eschatology after St. Paul in Badiou, Agamben, Žižek, and Santner (2007), on Slavoj Žižek’s position between Lacan and Hegel, on the notion of excessive subjectivity, and the idea of “fantascism”— the totalitarian temptations within democracy. Finkelde is also the author of four theatre plays.