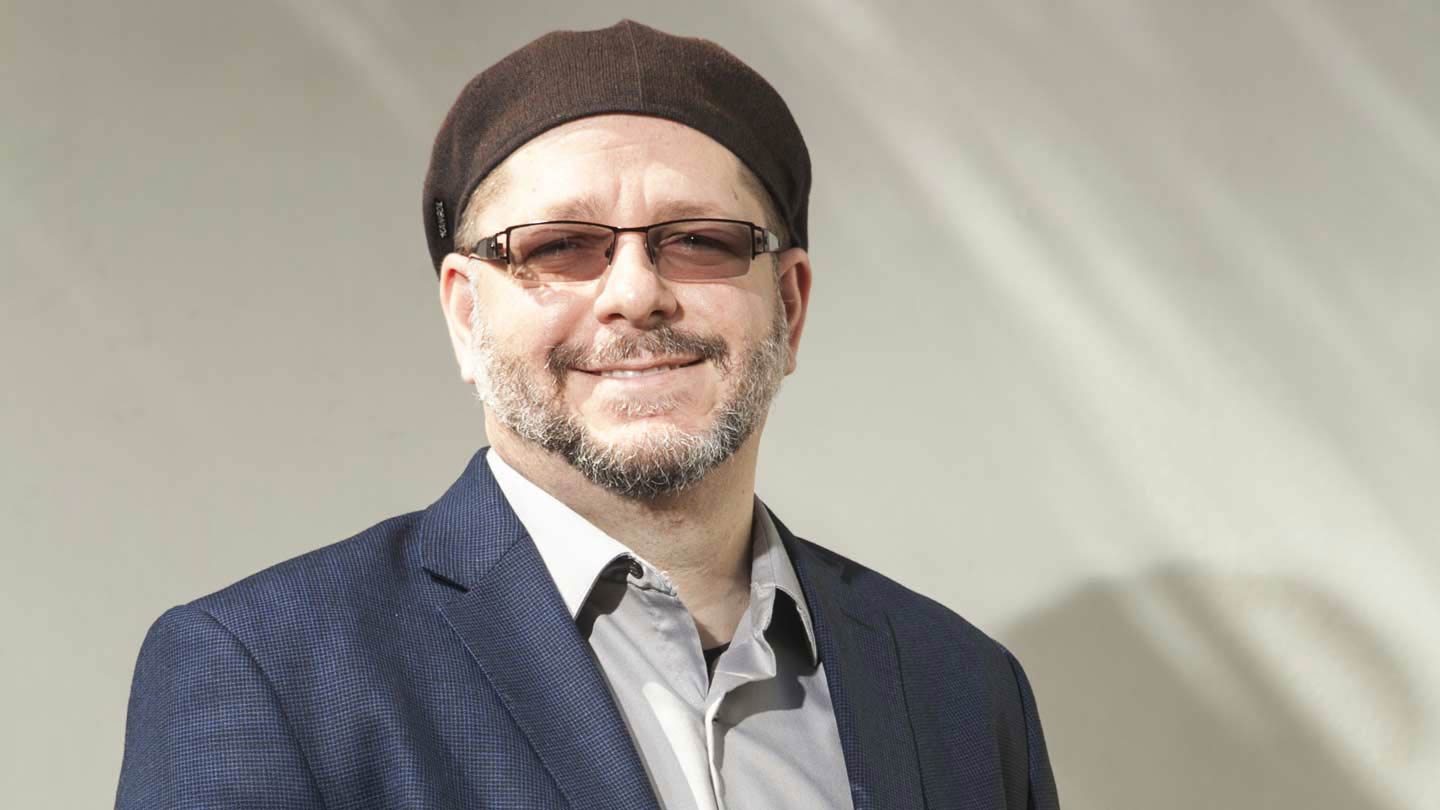 Tobias S. Buckell, internationally acclaimed science fiction (SF) writer and visiting eminent scholar at The University of Alabama in Huntsville (UAH) for spring semester 2019, will give a talk and create a new story from beginning to end on Friday, March 29.

Buckell’s talk and creative writing project is free and open to the public at Lowe Mill ARTS & Entertainment Center from 4 p.m. to 8 p.m. He will talk about the nature of creativity and where authors get their ideas. Buckell will create a short story for the audience and talk about the elements of storytelling. Afterwards, he will write the story live as the audience watches on a giant screen. Buckell’s visit to campus is sponsored by the UAH Humanities Center.

"It’s especially exciting to be partnering with Lowe Mill to share with the Huntsville community the work of internationally-acclaimed science fiction writer and UAH Humanities Center Visiting Eminent Scholar Tobias Buckell," said Dr. Eric Smith, Humanities Center Director and Professor of English. "The forum will offer a unique engagement with the author and his creative process. Anyone with an interest in science fiction or in the labors of artistic composition more generally will find something of value," Smith added.

Born in Grenada (Windward Islands, the Caribbean) Buckell’s novels and stories have been translated into 18 languages. He has been nominated for the Hugo, Nebula, and John W. Campbell Award for Best New Science Fiction Author.

An interview with Tobias S. Buckell on SF writing

How did you settle on SF writing and what are you writing (articles, book) currently?

Tobias S. Buckell: I've always loved science fiction since I first read Childhood's End by Arthur C. Clarke when I was eight or nine. The big ideas just really lit me up, and I wanted that mind-altering, big idea, sense of wonder to be in every book after that.

I am currently working on a fantasy novel about a group of Marines trapped in a fantasy world.

What is a fairly typical writing day like for you?

Tobias S. Buckell: I don't know if there is such a thing! I tend to work owlish hours, but sometimes I settle into an early schedule. I wrote a great deal of my first novel on lunch breaks. It's all about where you carve out the time and feel the most creative. That changes from time to time, and I tend to just go with it.

It looks like you have recently collaborated on several writing and published projects. How does that work?

Tobias S. Buckell: It can work lots of different ways. The last book I wrote, each of us wrote a different section and story, and it was collected together. But we spent a lot of time talking about what we were doing so that the world we had created was always in synch. But I have also written things where we pass drafts of the entire story back and forth.

Tobias S. Buckell: It was challenging, as I grew up there before and after the American invasion. We were also fairly food insecure by American standards. I caught a lot of fish for dinner! I grew up among the people who worked for the people who were on vacation, so it wasn't beaches and drinks for me. It was people who worked hard for tips and lived there after the vacationers left. That isn't to say it wasn't beautiful, but I didn't grow up on perpetual vacation! I mostly think about the dialect, the people, the food, and the history of the island. Those elements were important to shaping me.

How much of your heritage is incorporated in your stories?

Tobias S. Buckell: Where I came from is important. I think people who read my work will find it all throughout, even when the stories I write don't include obvious settings and people from the Caribbean in them. There's a different perspective, thoughts about power and empire, that are strung throughout my work that all come from where I grew up.

Will any of your works appear on the big screen anytime soon?

Tobias S. Buckell: Snugboro pictures adapted a story of mine into a short film a few years ago that showed in Ireland. Other than that, these things are out of an author's control!

What is your favorite classic book and why?

Tobias S. Buckell: Anything by Alexander Dumas, because he was a mixed race author who is often ignored by the classicists and not included in canon, but has nonetheless remained a classic to this day. That's just amazing to me.

What did you do professionally before you became a writer?

Tobias S. Buckell: I was briefly the educational technology manager of a small college before I became a full time writer and freelancer in my mid twenties.

As a famous writer, why is it important to you to teach on the college level?

Tobias S. Buckell: I think it's an important perspective to have a commercial sf/fiction author teaching a class. There's a lot we know about the industry and how it works by dint of being very deep in it. I think that's something students enjoy having. I would have killed as a younger writer to have that kind of access to a writer that deep into the world of publishing. I had to attend a lot of workshops and conferences outside of the academic system when I was student to slowly gain that knowledge. But because many industry writers didn't come up through academia and don't have the correct credentials, it's not often that even a NYT bestseller gets the chance to teach like this. I've really enjoyed it; I hope to get a chance to do it again!

Buckell’s visit to the UAH campus is co-sponsored by the Department of English. The Lowe Mill ARTS & Entertainment Center is located southwest of downtown Huntsville at 2211 Seminole Dr SW.