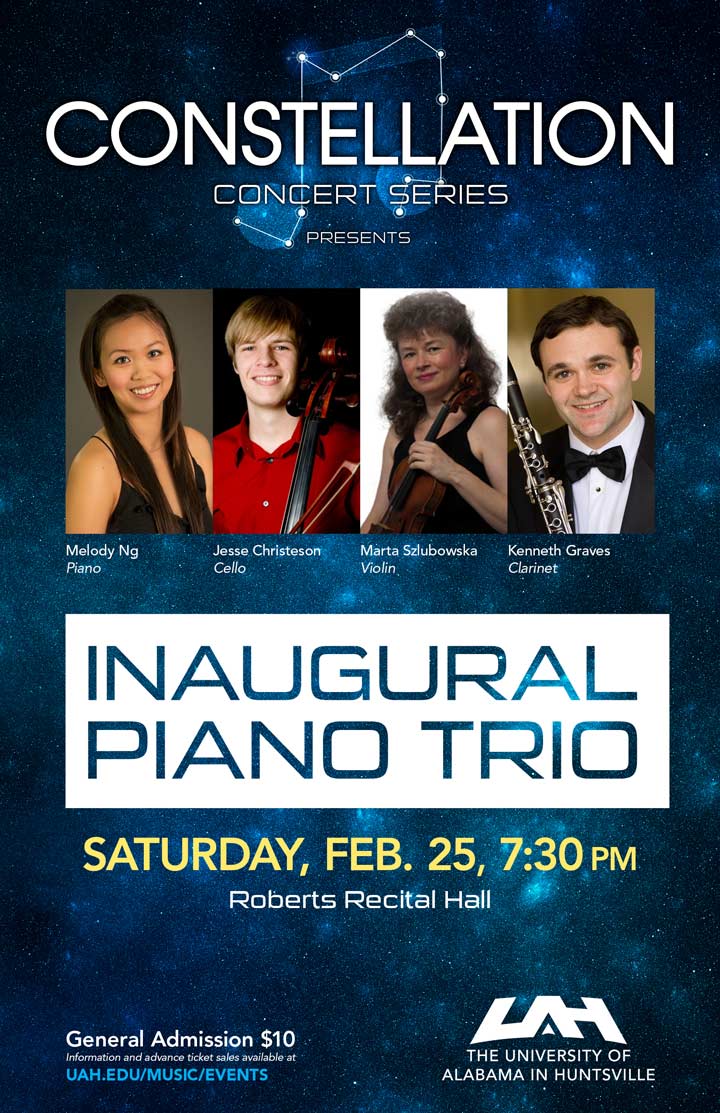 The Department of Music at The University of Alabama in Huntsville (UAH) is pleased to present the Inaugural Piano Trio Concert, which will be held at 7:30 p.m. on Saturday, Feb. 25, in Roberts Recital Hall.

Music for the latter is based on poems selected from five Central New Yorkers, and the performance will be narrated by emeritus professor Dr. Royce Boyer, who not only initiated music at UAH in 1966, but is also the brainchild behind the Inaugural Piano Trio.

"For the Mississippi Chamber Music Guild’s first concert in the fall of 2014, we had engaged a local professional brass ensemble only to lose the trombone player just three weeks before opening night," he says. "So we paired the concertmistress and principal cellist of the MSO with Dr. Ng, who blew us away with a thrilling performance of Mendelssohn’s Piano Trio No. 1 just one day after meeting and preparing for the recital. I am very pleased the Huntsville audience will have a chance to hear their Mendelssohn this Saturday along with two pieces incorporating the principal clarinetist of the MSO."

The concert will be preceded by a chamber music master class at 4 p.m. on Friday, Feb. 24, in Roberts Recital Hall. Featuring woodwind quintet and piano trio student groups, the class is free and open to the public.

General admission tickets are $10 and can be purchased online or at the door.