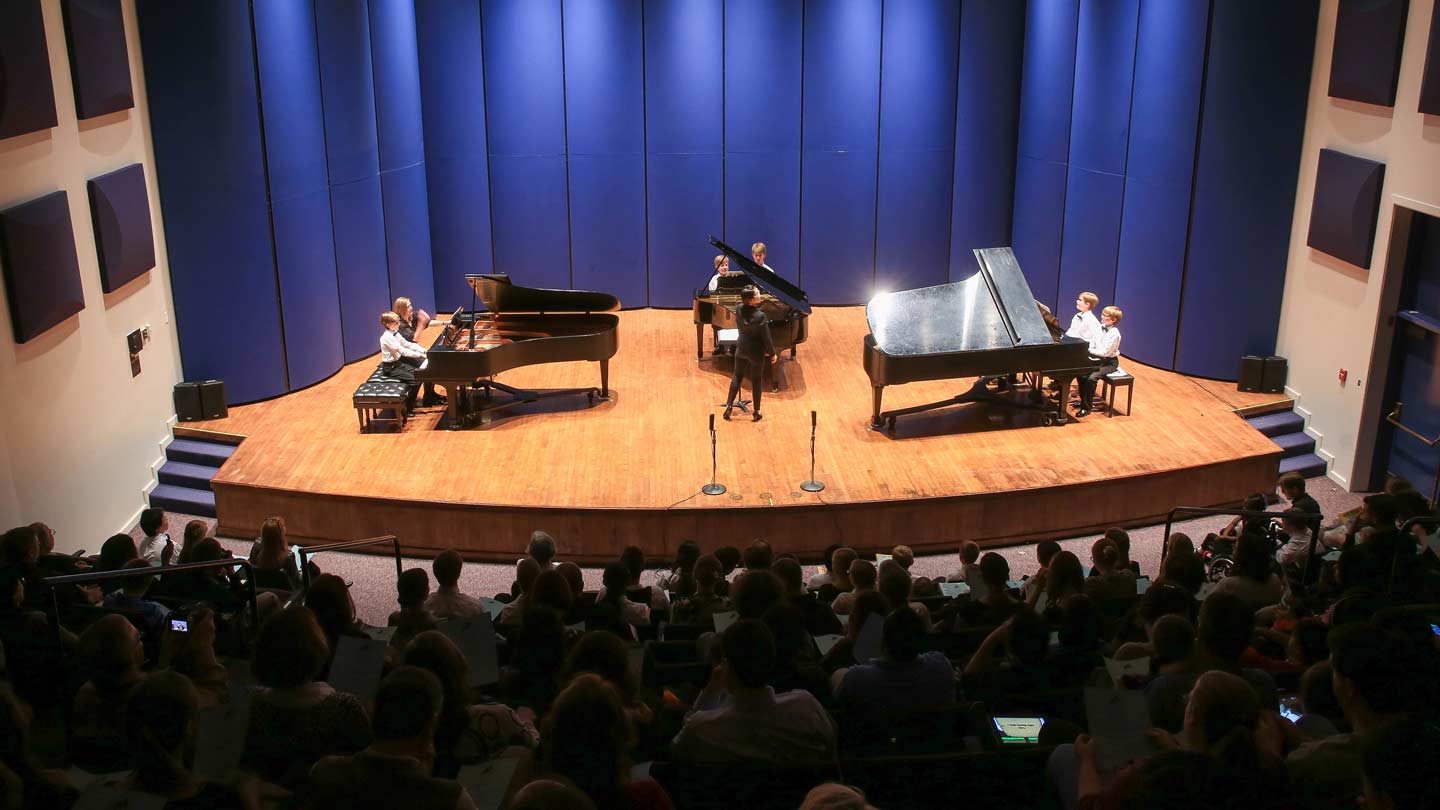 UAH will host a collaborative performance of Celebration Suite on Saturday, Feb. 27, at 7:30 p.m. in Roberts Recital Hall.

The University of Alabama in Huntsville (UAH) is proud to present Celebration Suite, a new musical work by renowned composer Eugénie Rocherolle, on Saturday, Feb. 27, at 7:30 p.m. in Roberts Recital Hall on the UAH campus. Rocherolle will also be present for the premier of the composition, which was commissioned by the Huntsville Music Teachers Association in celebration of its 20th anniversary and made possible by a grant from the Alabama State Council on the Arts and Arts Huntsville.

"We are so excited to host the world premier of a special piano composition that has been written to specifically showcase the unique characteristics of the Rocket City," says Dr. Melody Ng, assistant professor of piano at UAH. "As the university was founded under the recommendation of Dr. Wernher von Braun - a rocket scientist and passionate music performer and composer ­- UAH is the perfect venue to hold this world premiere; it is a strong supporter of the arts and sciences, and enjoys close ties with the Redstone Arsenal and NASA's Marshall Space Flight Center."

We are so excited to host this one-of-a-kind piano duet, which has been written to specifically showcase the unique characteristics of the Rocket City.

Consisting of three movements, Celebration Suite will be conducted by Joseph Lee, resident conductor of the Huntsville Symphony Orchestra and music director of the Murfreesboro Symphony Orchestra. The first movement, entitled "Across the Years: Homage to Alabama," presents themes that depict the state's first Native American inhabitants, its early colonists, slavery, statehood, the Civil War, and its spirit of Southern heritage.

The second movement, entitled "In Defense of Liberty: A Salute to Redstone Arsenal," pays homage to the arsenal's origins as a manufacturer of WWII munitions and its current role in the production of ballistic missiles and space launch vehicles. An opening drumbeat that evokes feelings of courage and victory is soon followed by a pensive reflection on the sacrifices of war.

The third and final movement, entitled "Journey In Space: A Tribute to NASA's Marshall Space Flight Center," focuses on the creation the National Aeronautics and Space Administration (NASA) and its centrality to the nation's space-related activities. It begins with faint sounds from space against the backdrop of a rocket lifting off on a journey of exploration. 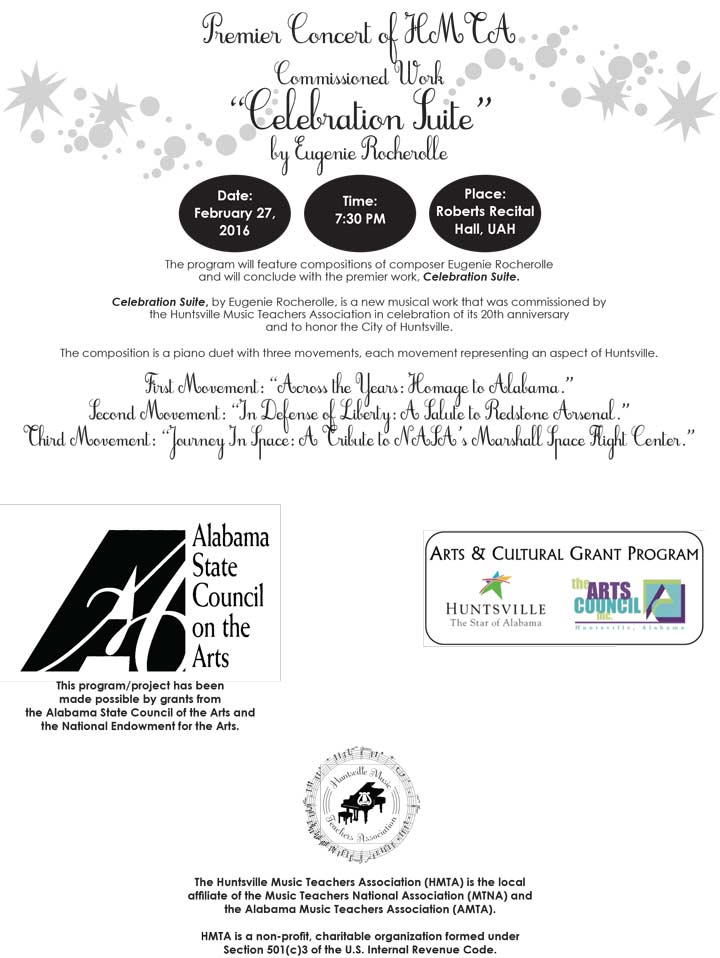 "As a girl raised in Huntsville, I feel honored to be able to perform in a concert that highlights the city's history," says student pianist Rickles. "Eugénie Rocherolle composes beautiful music, and like many other individuals from Huntsville, I can relate to the themes presented in each of the movements."

Tickets to the event may be purchased for $5 each from the UAH Department of Music or at AB Stephens Music Store. Newly published scores of Celebration Suite will also be available for purchase at the concert.