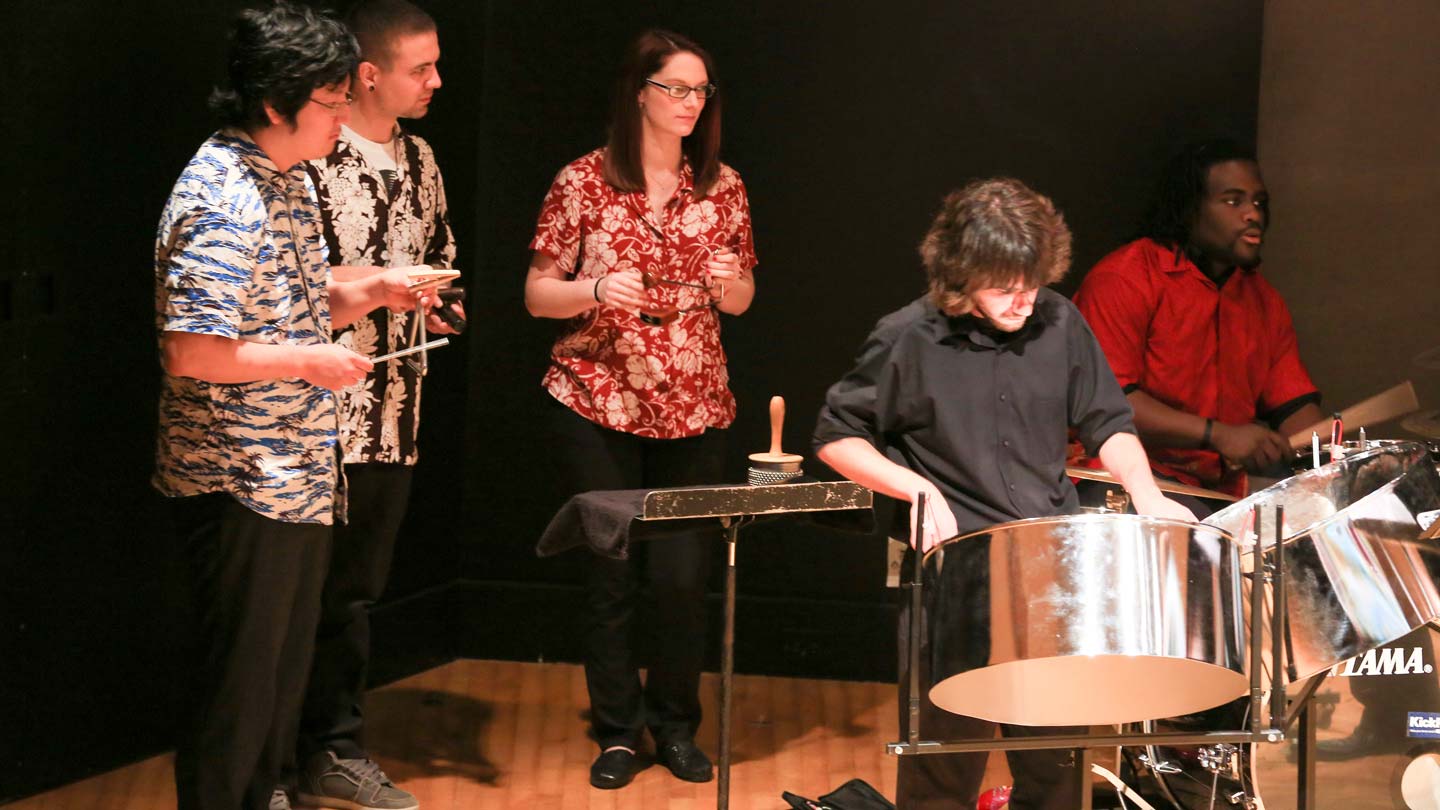 There's something about the tintinnabulation of a steel drum that transports the listener to the sun-soaked islands of the Caribbean. And there's no doubt that magical quality has contributed to the recent rise in popularity of steel drum bands at college campus across the U.S.

"There's just no sound like it," says Deborah Loach, a music instructor and the director of the steel drum band at The University of Alabama in Huntsville (UAH). "When we play, people come up and thank us. They say they're more relaxed, or it reminds them of a cruise they took to the islands."

Check out a few samples from the UAH Steel Drum Band:

Each semester, the band forms anew from students who opt to take the once weekly, half-credit chamber ensemble class for steel drums. Some are returning players familiar with how the drums are played; others are first-timers lured by the instrument's unique appeal. Either way, all are welcome.

"It's helpful if you have a musical background, but you don't have to have a background in percussion," says Loach, who had to teach herself how to play before taking over the band. "There is a learning curve but I take them through that at the beginning of the semester. And once you catch on to the pattern, you've got it."

Of course, not all students in the band can play at the same time. "There's only six actual stations for the drums," she says. These include the two lead pans, the seconds, the cellos or guitars (also known as thirds), the bass pans, and the drum set. So to accommodate the entire class, other instruments like congas and break drums can be added on. 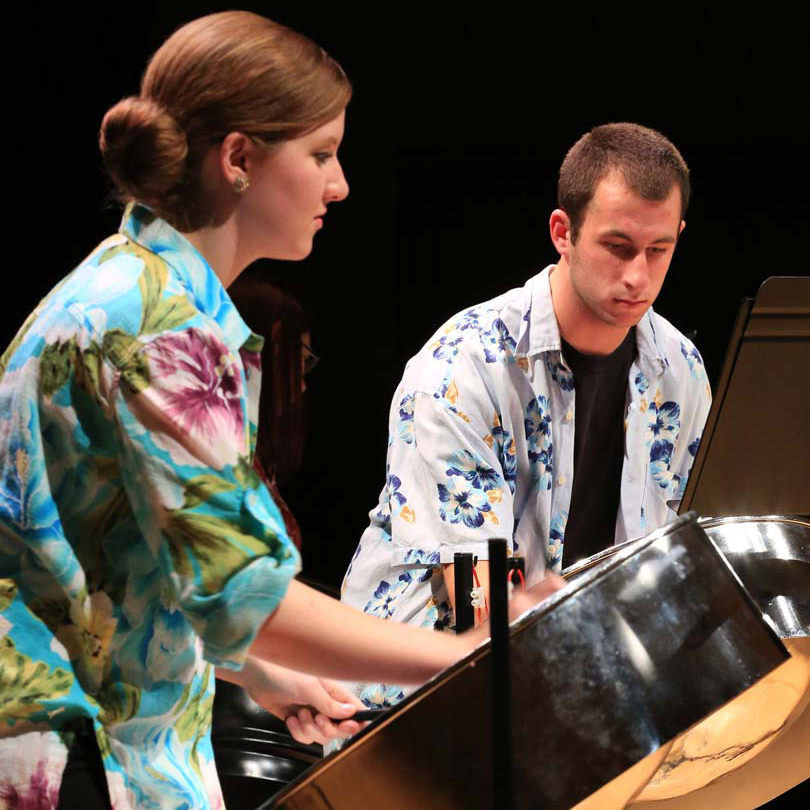 Then it's time to start learning songs in preparation for the two performances the class requires. "We always have one concert toward the end of the year at Roberts Recital Hall, and then the other concert is whoever calls me first and asks for us to play!" says Loach.

Last year that included an outdoor concert for local charity Manna House as part of UAH's music outreach program MusicBridge. "They said we were their favorite," she says. "People came up and said they were from the islands and that we reminded them of home."

Indeed, their repertoire includes many traditional Caribbean tunes, in addition to several contemporary pop songs and American jazz standards like "St. Thomas." But the biggest crowd-pleaser may come as no surprise. "We get asked to play 'Margaritaville' all the time," laughs Loach.

Not that the band's members mind. "My students say it's one of the most fun ensembles to play in at UAH," she says. And who knows? Maybe one day it will be a source of income as well. Loach herself once landed a job thanks to her steel drum know-how.

"There was a steel drum part in a reggae Christmas carol in a concert I played in last year," she says. "It was my first professional steel drum debut, and people were really surprised. They couldn't stop coming up to me afterward!"

All of which tells Loach that even though the steel band trend sweeping college campuses seems to have come out of nowhere, it's not going anywhere anytime soon. "We're even starting to see high schools have steel bands now," she says. "People just like hearing it too much for it not to stay."