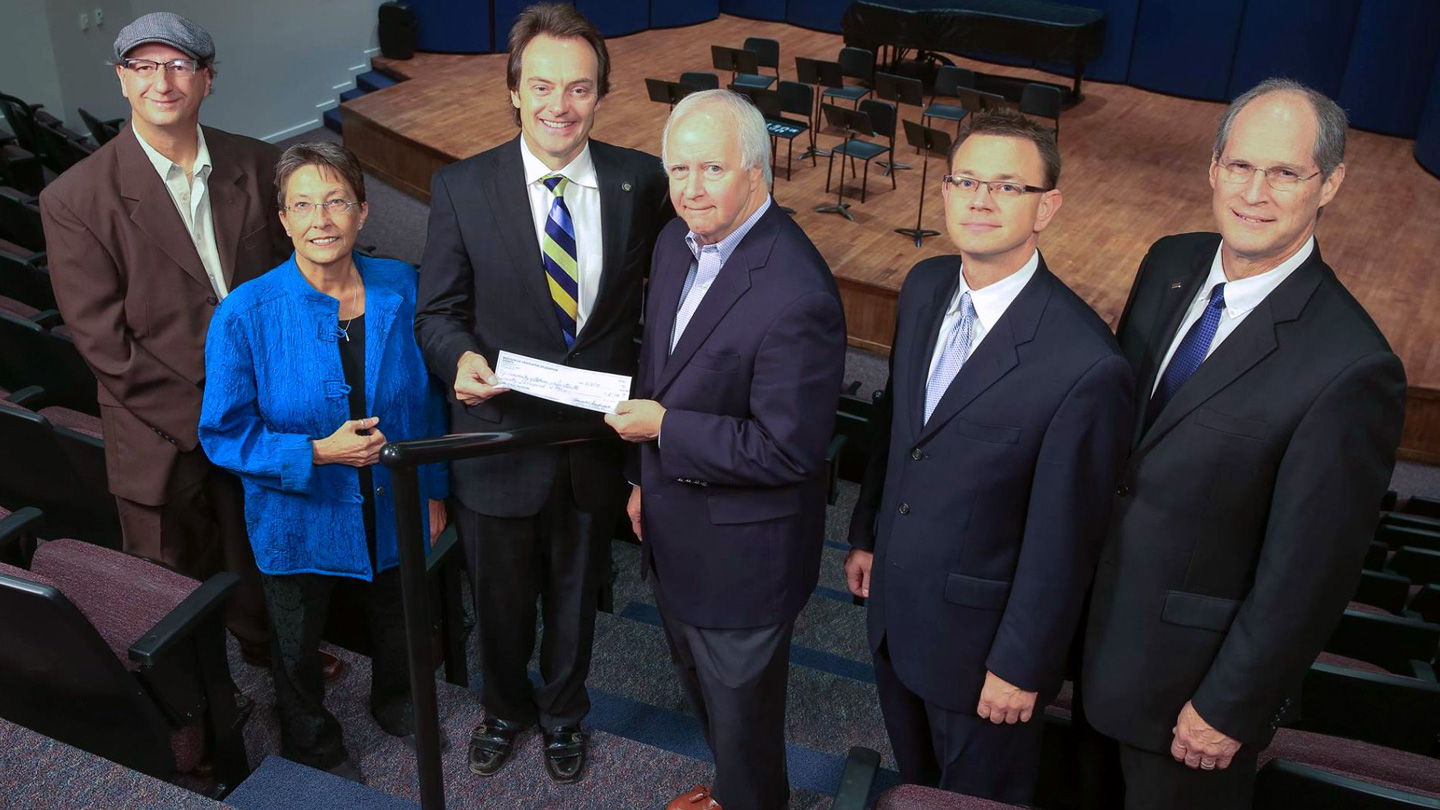 Alabama has long made a name for itself as the go-to destination for music recording thanks to Muscle Shoals' legendary sound studios. And now The University of Alabama in Huntsville (UAH) plans to bolster the state's reputation with the construction of a world-class analog recording studio in the newly renovated Roberts Recital Hall.

According to Johnna Doty, UAH's Director of Music Technology, seeds for the studio were planted shortly after construction began on the hall. "When they started taking the old recital hall apart, we starting putting together some ideas of how we could maximize the space," she says.

It wasn't long before they reached a consensus; with a full season of ensemble performances already planned for the new recital hall, a recording studio was the next logical step. And not just any studio, says Doty, but an analog one. "We have a digital recording studio here already, but there's something so tremendous and warm and rich about analog audio," she points out. "It ends up being two completely different recordings, and we'll be able to teach the students both."

We have a digital recording studio here already, but there’s something so tremendous and warm and rich about analog audio.

Though it's still in the early stages, the project is gaining traction. This September, State Representative Phil Williams (House District 6 in Madison County) presented UAH President Dr. Robert Altenkirch with a $20,000 check to begin construction. And the hunt is already on for a soundboard that will serve as the studio's technological centerpiece. "It needs to be legendary," says Doty. "It needs to have a deep history and already be well-versed at recording hits."

Fortunately, the Department of Music has just the right person for the job. Noel Webster, former Muscle Shoals Sound Studio owner, recently joined the faculty as the studio's manager. "If you get the right equipment, they will come," he says of the soundboard that he hopes will eventually anchor the studio. "It's vintage in most cases and very hard to obtain, but once you get it, it's golden."

Webster also brings to the position a wealth of contacts from his many, many years in the music industry, which Doty believes can be leveraged to help grow the studio. "People are already banging down Noel's door to use his home studio!" she says. "We'll get people who'd rather record here than Nashville because our studio will be mastered by him."

And as the studio grows, she continues, so too will its clientele. "We have the capacity to show a film in the space and bring in an orchestra to do live film scoring," she says. "We can also get involved in gaming and entertainment arts, which is part of the president's strategic plan. We're even talking about starting our own publishing company!"

It's an ambitious list of goals, to be sure, especially considering that the studio has yet to be built. But it's one that Dr. Dave Ragsdale, Chair of the Department of Music, believes will eventually redefine the role of the university within the arts community. "We have a community here that's invested in and heavily connected to the arts, yet UAH has been tangential to that community," he says. "This is the opening we needed, and the recital hall and recording studio will now serve as a new front door to the university."

If you are interested in making a gift to support the studio, please contact the Office of Advancement at 256.824.2105 or donate online at www.uah.edu/giving.