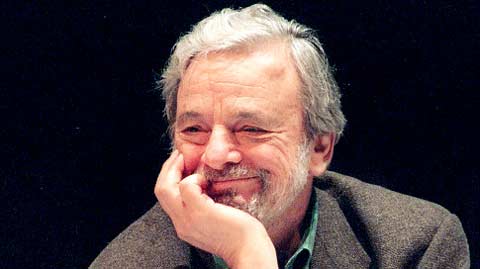 The musical revue "You're Gonna Love Tomorrow," written by renowned composer and lyricist Stephen Sondheim will be performed next month by The University of Alabama in Huntsville Department of Music faculty.

"You're Gonna Love Tomorrow," is produced by the UAH Theatre. Performances will run nightly March 10, 11 and 12, at 7 p.m., and Sunday, March 13, at 2:30 p.m. All shows will be held in the Wilson Hall Theatre (view map) on the UAH campus. Please join the UAH Department of Music for this rare production.

"You're Gonna Love Tomorrow," directed by Aaron Cain and David Harwell, sheds light on Sondheim's lesser known musical masterpieces, written in his early 20s. Cain is Assistant Professor of Music and Harwell is Associate Professor of Communication Arts and Theatre at UAH.

"You're Gonna Love Tomorrow," was originally performed at the Whitney Museum of American Art in New York City, and included surprise performances by Angela Lansbury and Sondheim.

The UAH production includes songs from Sondheim's first Broadway musical Saturday Night, and other pieces that didn't make it into A Funny Thing Happened On The Way To The Forum, and The Frogs.

Stephen Sondheim has been a music songwriter and lyricist for more than half a century. He has received an Academy Award, and numerous Tony and Grammy Awards. Additionally he is the recipient of a Pulitzer Prize, the Laurence Olivier Award and was honored last year with a Presidential Medal of Freedom Award. Some of Sondheim's well known musical masterpieces include "Send in the Clowns," "Sweeney Todd: The Demon Barber of Fleet Street, and "Merrily We Roll Along." Well into his 80s Sondheim is still collaborating and writing musical theatre compositions.

UAH student tickets for "You're Gonna Love Tomorrow," are free with a Charger ID. Tickets for seniors and students are $7 each. General admission tickets are $15 each.