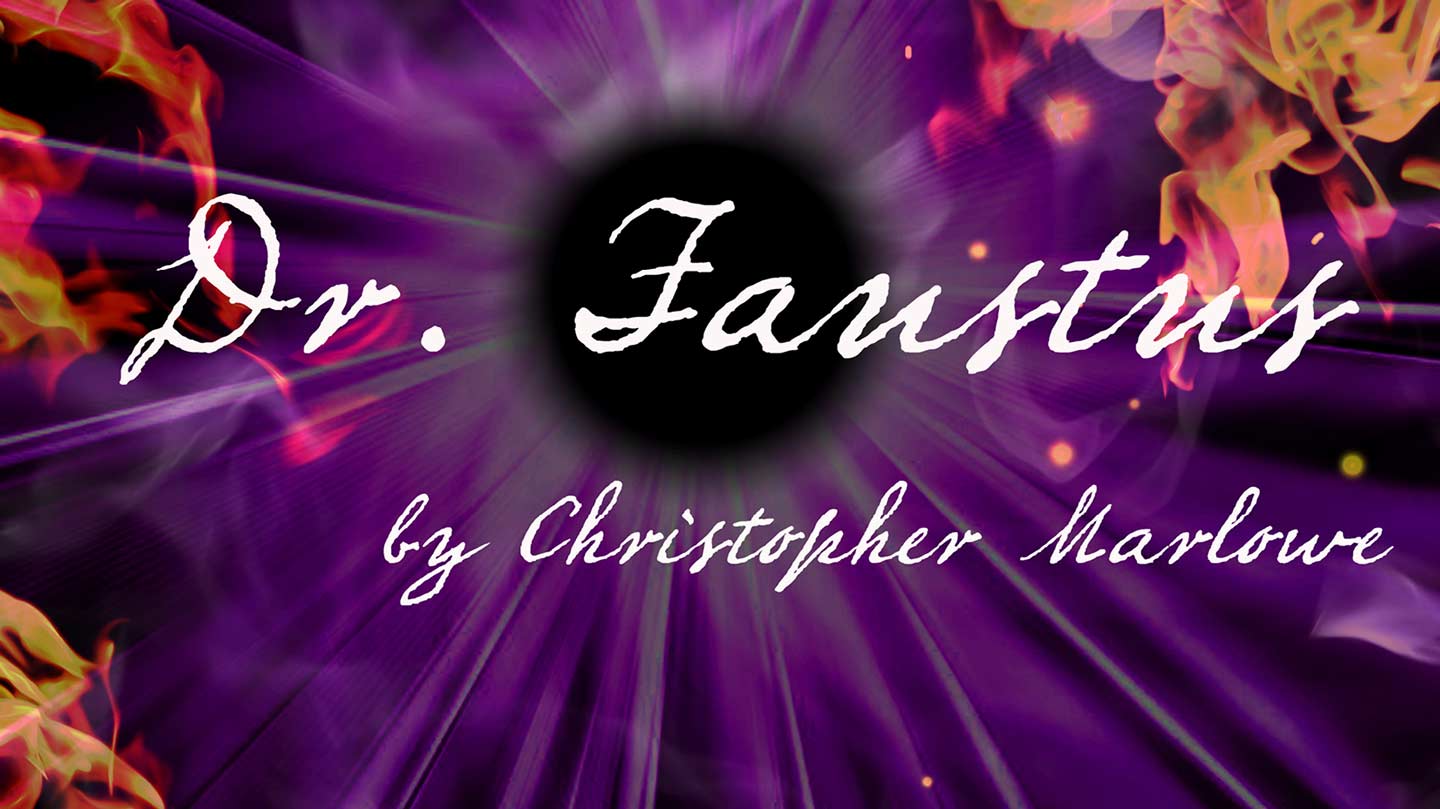 UAH Theatre’s century-spanning season ends with Christopher Marlowe’s "Doctor Faustus." A contemporary of Shakespeare, Marlowe was more famous than Shakespeare during their lifetime, and this dark morality tale of a life gone wrong is a stellar example of Marlowe’s work.

Dr. Faustus, a university professor in medieval Germany, makes a pact with the Devil, selling his soul in return for the ability to perform absolutely anything he pleases with the power of black magic. This fatal decision catapults him into an intoxicating world of celebrity, as he becomes a world-renowned conjuror, international heartthrob, and friend of the rich, famous, and powerful. But what is the cost of his insatiable thirst for wealth and fame?

"Doctor Faustus" was first published in 1604, eleven years after Marlowe’s death in a bar fight, and at least 10 years after the first performance of the play. It is the most controversial Elizabethan play outside of Shakespeare, with few critics coming to any agreement as to the date or nature of the text.

The play is directed by UAH lecturer Karen Baker, who also directed UAH Theatre’s production of "Proof" last semester and has twice collaborated with the College of Nursing. "I think what I love the most about working on ‘Doctor Faustus’ is watching the students as they learn something new or start to understand a scene," she says. "The material is very new for most of them, and a few have never been in a play before, so it is very rewarding."