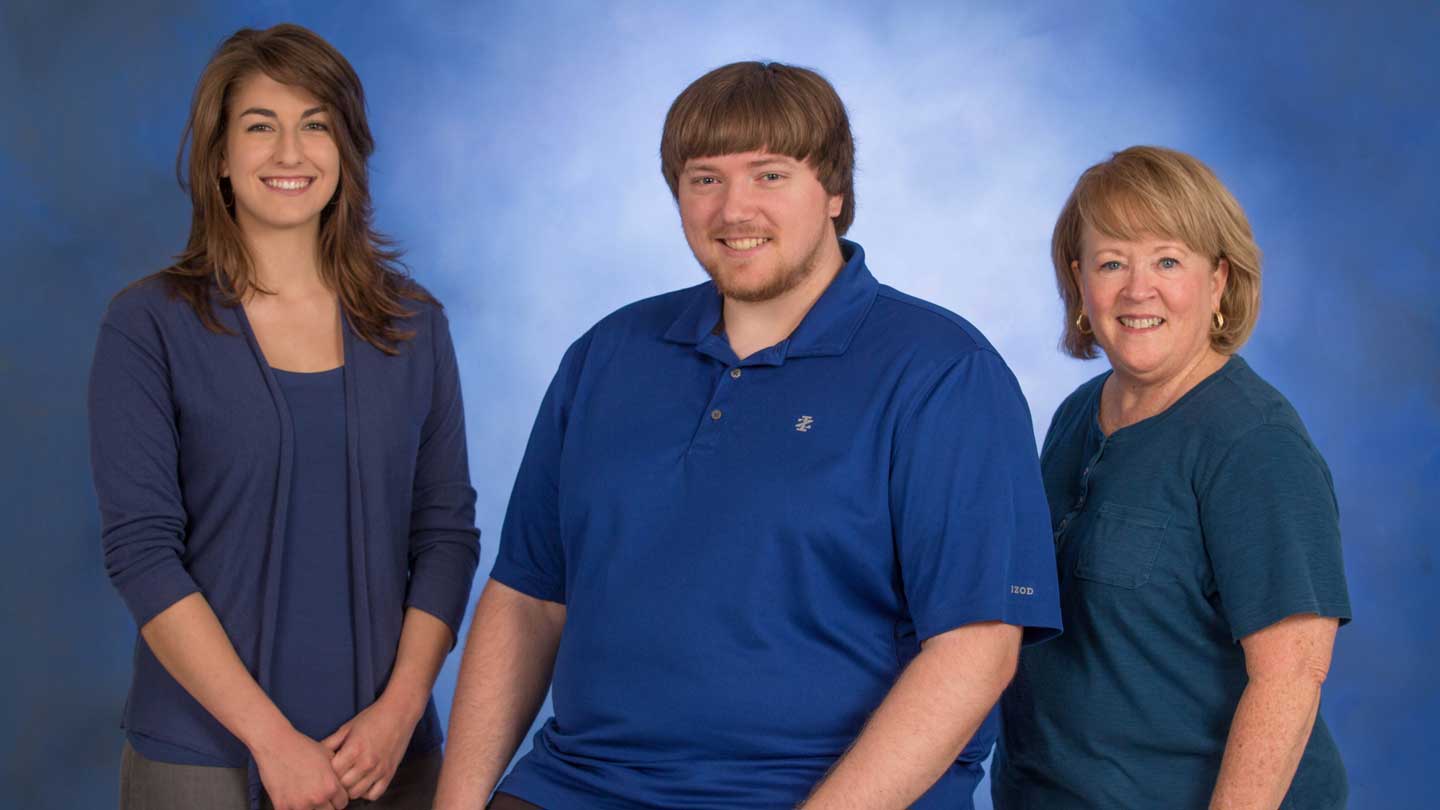 What does a non-profit organization like the Huntsville-Madison County Senior Center do when it needs a major overhaul of its gym membership system but has neither the budget nor the time to enact one? Call the iSystems Club at The University of Alabama in Huntsville (UAH). Through their iGiveBack program, the student-run organization has already helped several local non-profits, providing information systems solutions in return for nothing more than the hands-on experience that the projects afford.

"It's a positive thing all around for everyone involved," says Alex Sims, a senior information systems major and the current president of the iSystems Club. "You're making connections with people in the community and with local businesses and you're getting valuable experience. There are lots of benefits!"

This particular project challenged the iSystems students with converting a handwritten sign-in process for the senior center's gym, Studio 60, to an electronic tracking system that could keep track of attendees. "Those numbers are really important to us," says Carolyn Rhodes, the center's Fitness Coordinator. "We need to know how many people we serve to be able to apply for grants."

You’re making connections with people in the community and with local businesses and you’re getting valuable experience. There are lots of benefits!

It was an initiative they'd been trying to get off the ground for three years, she continues, but with almost no success. "The first person who worked on it passed away, the second person moved away suddenly, and the third man had to quit for medical reasons! So when I learned that the iSystems Club gives back to the community, we discussed the project and they agreed to take it."

The project kicked off last fall, with senior information systems major and the club's vice president for projects Josh Deaton eventually taking the reigns. "When I came on board, there was a version of a working system using a bar code scanner," he says. "But I met with Carolyn and we talked about things she'd like to see added, like being able to access the information from the center's computers."

With a better understanding of the center's needs, he opted to "refresh the project under a different platform" and use a localized web application. "We had lots of steps and iterations, but some barriers we could overcome by buying premade hardware," he says. "We also made a virtual server on their main computer, which everyone then had access to over the local network."

Now, a few small bugs are all that's left to work out before the system goes live - and Rhodes, for one, couldn't be happier. "Nobody else has been able to do it so I'm ecstatic," she says, adding that the lightened administrative load will allow her to get back to what she loves best about her job. "I can be out on the floor more often, and I can call the members we haven't seen in a couple of weeks to bring them back in."

As for Deaton, he says he'll "be around if anything major pops up." But he's got plenty more to keep him busy now that this project is winding down. In addition to the demands of his academic course load and the iSystems Club, he's balancing a full-time job as a web developer and IT technician at DRD Technologies. "I'm also starting my own business, Tech-Rift LLC, in my free time," he says.

Then, of course, there are the future iGiveBack projects the club plans to take on. For now, that includes a new website for the Alabama Future Technology Initiative (AFuture), a UAH-alumnus-led outreach effort to increase interest in the science, technology, engineering, and math fields among public school high school students across the state.

And after that, who knows? Marketing for iGiveBack is primarily left to word of mouth, and with the list of satisfied customers continuing to grow, it's likely more projects will be coming Deaton's way. Just ask Rhodes. "I wouldn't hesitate to recommend the club," she says. "It's really nice to work with educated young people and it's a great service. It gives me hope for the future!"