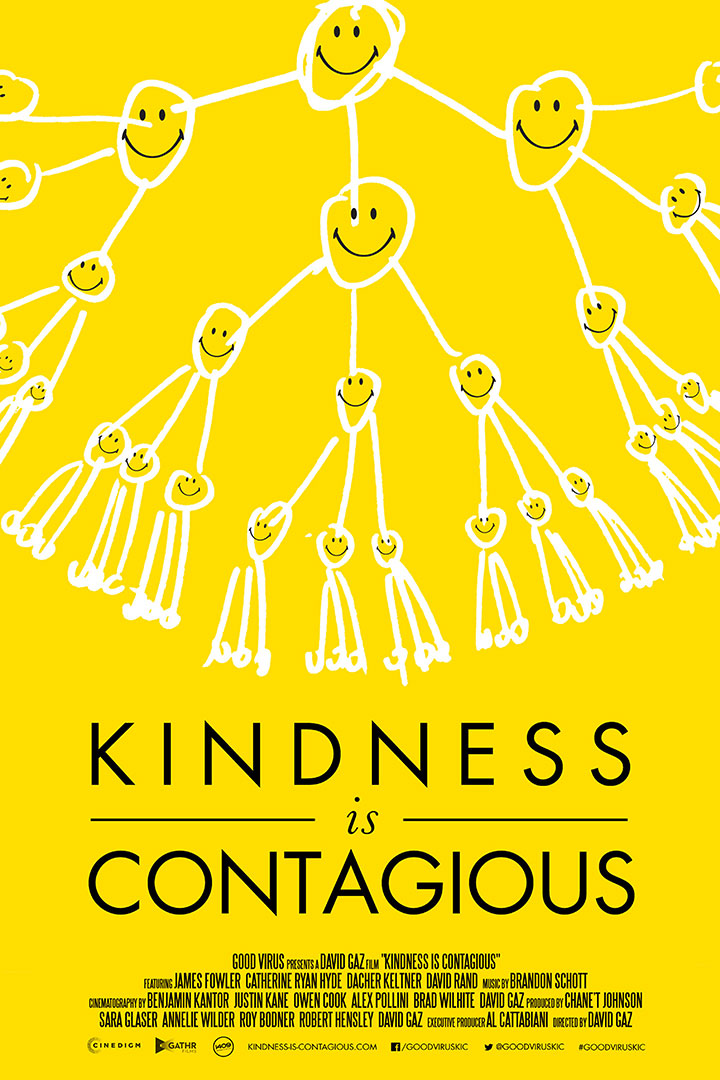 "Kindness is Contagious is a film that reminds us all of the Golden Rule, to treat others as you would like to be treated. Given the number of racially fraught incidents of late in our country, this film is a welcomed and needed reminder," said Delois H. Smith, Vice President of the UAH Office of Diversity.

The film screening will be followed by a panel discussion on becoming a more compassionate community. The Compassionate Huntsville campaign is spearheaded by Kenneth Anderson, City of Huntsville Multicultural Affairs Officer. Kindness Is Contagious is a feel-good documentary by David Gaz, and narrated by Catherine Ryan Hyde, the best selling author of the novel and film Pay It Forward.

Smith said the documentary is about making the Huntsville community a more compassionate place to live, and shows that acts of kindness have larger consequences for those who engage in them. The film asks one surprisingly difficult question: What is the nicest thing that anyone has done for you? Street performers, soup kitchen volunteers, police officers, CEOs, athletes, concert pianists, artists, and many more tell you their heartfelt stories of kindness and generosity.

In fall 2013, Mayor Tommy Battle and the Huntsville City Council presented a joint resolution declaring the month of October Compassionate Action Month. The action was the first step in launching an initiative to have the city named as a compassionate city by the International Campaign for Compassionate Cities, a global, organic movement inspired by the Golden Rule that seeks to increase awareness of the role of compassion in creating healthy, productive communities. Huntsville is now one of 25 cities nationally, that has signed the Charter for Compassion. Since that time, a broad community coalition has been working together to launch the initiative citywide.

Event co-sponsors include Aura Graphics and Design and Gathr Films.