UAH Makers Club a forum for inspiration and creation 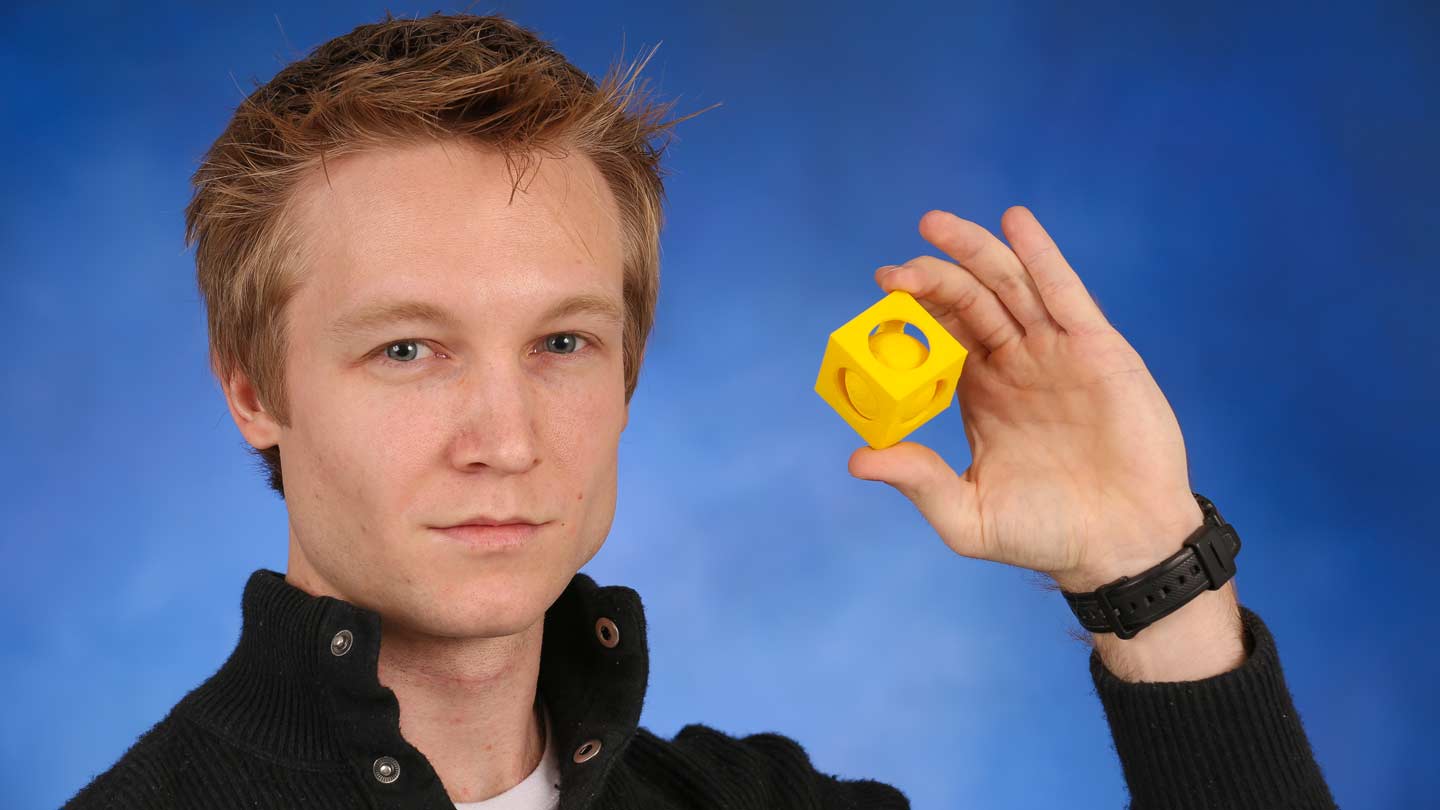 Like many, Chris McClellan dreams of one day living in San Francisco. But it's not the ocean that's calling him - the computer engineering major at The University of Alabama in Huntsville (UAH) grew up on the South Pacific island of Kwajalein surrounded by white sand beaches and crystal blue water. Rather, it's because the city has long been home to a vibrant subculture of tech-influenced DIY-ers known as makers. "San Fran is where new technology first gets adopted," he says.

Fortunately McClellan has been able to find some like-minded makers here in Huntsville to tide him over until his dream is realized. And together with one of them, fellow computer engineering major Chris Bero, he recently formed the Makers Club at UAH. The group's three dozen or so active members meet every Thursday at 7 p.m. in the Charger Union Lobby to collaborate and bring their ideas to life.

"The main reason for the club is that it's difficult to find time and stay motivated to work on your personal project, whether for a startup or a hobby," says McClellan. "I think a lot of members of the Makers Club are in the same boat."

It’s the joy of creating something inventive.

The club primarily consists of engineers, artists, developers, and makers, though it's open to anyone and members are encouraged to work together. "Makers Club revolves around you," he says. "Whatever you want to do, we'll find someone that can help." And while there is a core group of officers, "everyone is an equal in the club - whatever you can help people with, that can be your role."

Going forward, McClellan plans to invite subject matter experts from the local maker community, including members of Makers Local 256, to give talks on everything from launching a Kickstarter campaign to iOS and Android app development. He's also hoping to increase access to facilities that would allow members to create prototypes using high-resolution 3-D printers.

"Most people's projects can be accomplished on laptops or with pen and paper, but some require hardware tools," he says. For those, the city's commercial fabrication labs will have to suffice until the club is able to secure their own makerspace or is granted permission to use UAH's prototyping facilities, which are currently limited to class projects. 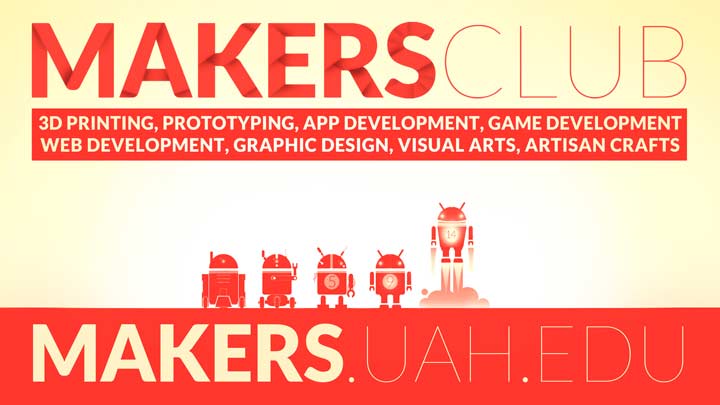 No matter what the project, however, all members will be invited to showcase their work at the club's first annual Makers Fair, scheduled for late fall. Inspired by the "massive" Maker Faire held in San Francisco each year, which attracts tens of thousands of makers from all over the country, McClellan says it will "give everyone something awesome to look forward to when working on their projects."

He himself has a few he's working on. "Right now I'm doing Android app development and I am also working on plans for a desk with Qi wireless charging areas built into the surface," he says. But with graduation around the corner - and San Francisco in his sights - McClellan's motivation comes from a more personal place. "I'll never stop wanting to prototype new ideas," he says. "It's the joy of creating something inventive." 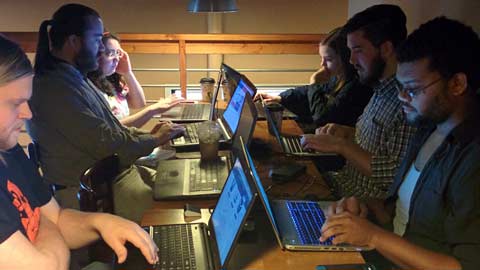 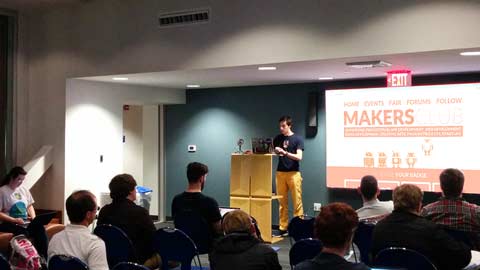 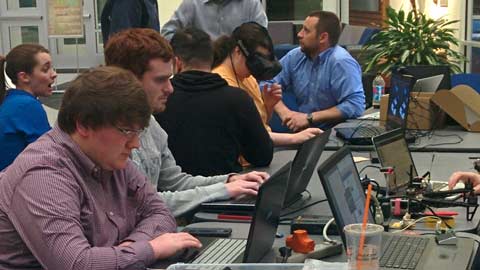 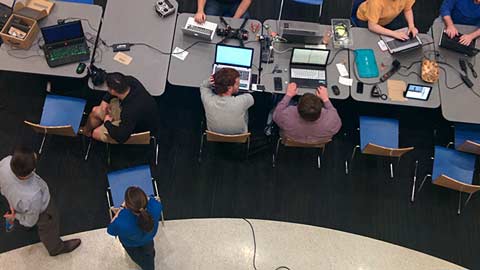