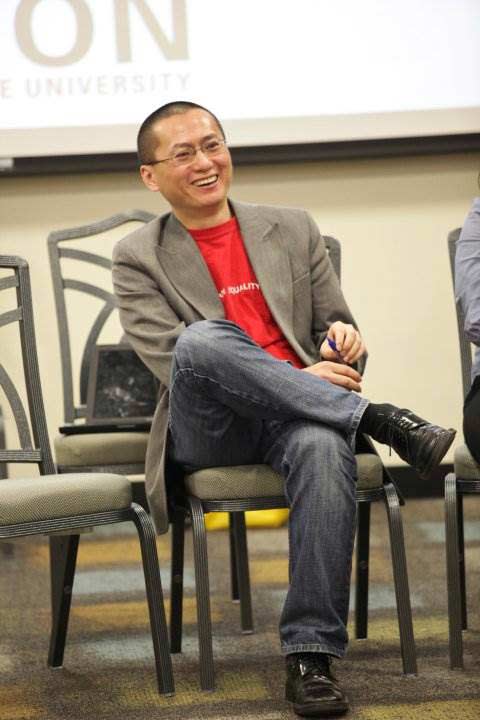 Screening of the documentary Tested begins at 5:30 p.m., in the UAH Charger Union Theater. Immediately following the film, Chin will conduct a Q&A. The event is free and open to the public. Chin's visit to campus is part of the university's Spring 2017 Distinguished Speaker Series. Sponsors include the UAH College of Education, Faculty Senate and the Provost's Office.

"This film provides educators, parents, the community, and other public education professionals the chance to examine how high-stakes testing can present not only opportunities but also challenges for students from diverse backgrounds," said Dr. Wolfram Verlaan, Assistant Professor of Education at UAH, who also serves as coordinator for the event.

Tested (2015) looks at the important issue of racial diversity and public schools by following a dozen eighth graders in New York City from different racial, socioeconomic and religious backgrounds as they fight for a seat at one of the city's most elite public high schools. The only way to get in the schools is for students to excel at taking a single standardized test, The Specialized High Schools Admission Test.

Curtis Chin is a Visiting Scholar at New York University. He has written TV shows for ABC, the Disney Channel and Nickelodeon, as well as projects for NBC and Fox. He is the recipient of numerous awards including The National Endowment for the Arts, The New York Foundation for the Arts, and The San Diego Asian American Film Foundation.

He co-founded the Asian American Writers Workshop and Asian Pacific Americans for Progress. Chin has appeared on MSNBC, CNN, and NPR, and in Newsweek magazine and other media outlets. He is also an active member of the Writers Guild of America.

Chin was one of 12 students selected for the prestigious creative writing program at The University of Michigan, and graduated from the university with a creative writing degree in poetry. He is known for his work on the popular comedy show, According to Jim (2001-2009), starring Jim Belushi. Chin's first film, Vincent Who?, was screened at nearly 400 colleges, non-governmental organizations and corporations in four countries. The 2009 documentary tells the story of Chinese American Vincent Chin (no relation) who was murdered (1982) in Detroit by two autoworkers a week before his wedding. Chin's killers got off with no jail time and a $3,000 fine.