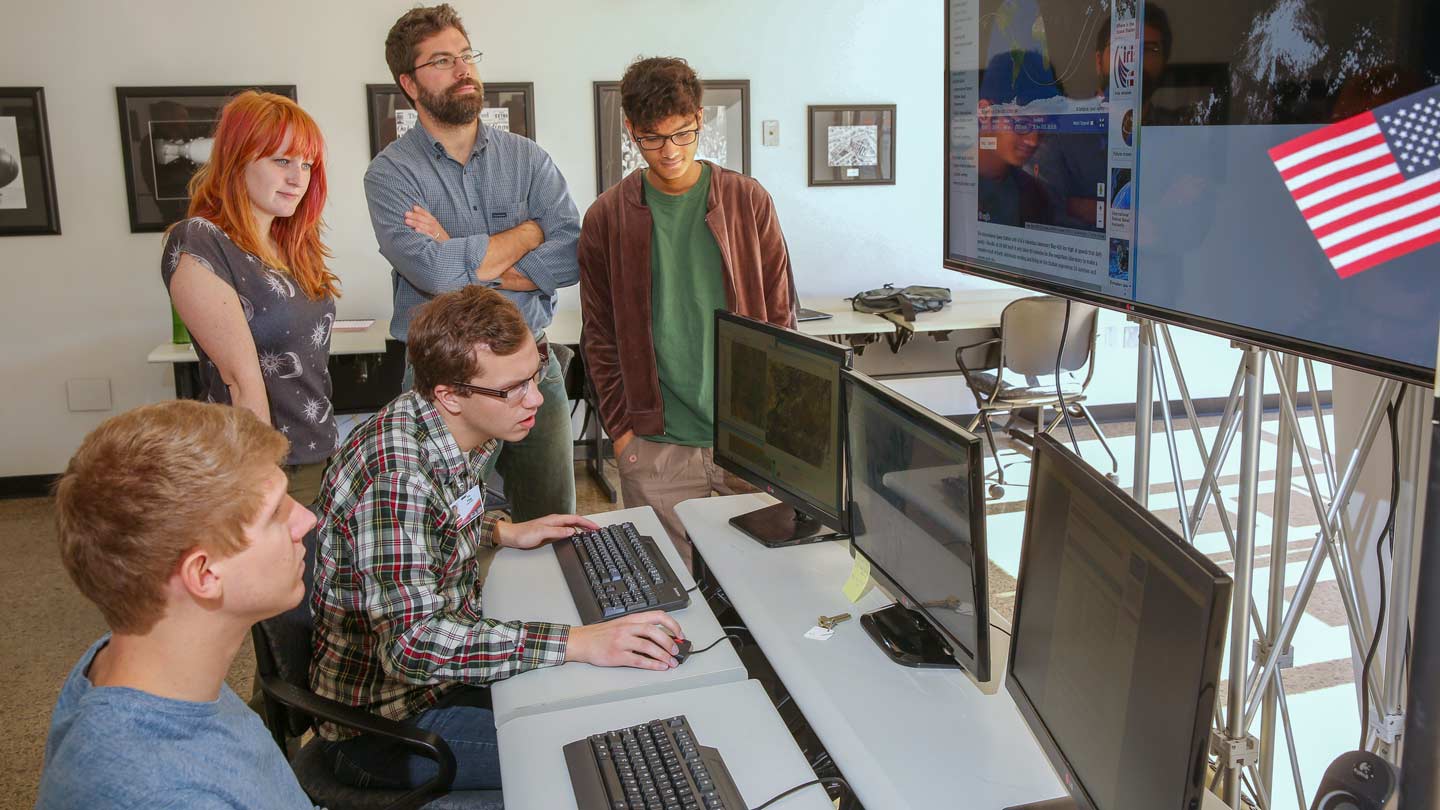 Personnel at The University of Alabama in Huntsville (UAH) Information Technology and Systems Center (ITSC) and the Earth System Science program had major roles in relocating the Sally Ride EarthKAM project to the U.S. Space & Rocket Center in Huntsville from its former home at the University of California, San Diego.

EarthKAM is a camera aboard the International Space Station (ISS) that allows students to snap images of different places on Earth.

"The Space & Rocket Center decided to compete to move EarthKAM to the center and UAH partnered with them, along with Teledyne Brown, on the proposed move of this to Huntsville," says Dr. Sara Graves, ITSC director and co-principal investigator for the project with Dr. Rob Griffin, an assistant professor of atmospheric science. "It has taken a very large effort from UAH - both in the ITSC and the atmospherics science group - to get this ready for its debut."

ITSC employees set up a Mission Operations Center (MOC) and sifted through the code, functionality and capabilities of software systems to operate, coordinate and communicate with EarthKAM, which permanently was placed aboard ISS in 2001 following several flights aboard space shuttles.

As the ITSC project lead, Will Ellett set up the information technology components for the project, while UAH computer science doctoral alumnus Dr. Susan Bridges helped to map and coordinate the project plan.

Meanwhile, Dr. Griffin's group of four undergraduates and two masters students in Earth System Science (ESS) have been working to set up mission operations so that while a mission is underway, UAH can interact with the grade school and high school students who are involved.

"These students are helping to drive the mission from the MOC side, located at the U.S. Space and Rocket Center," Dr. Griffin says. "The students are juggling classes in physics, calculus, music and more, yet are making the time needed to be involved in this exciting project."

EarthKAM is a great opportunity for Huntsville and for UAH to illustrate how a multidisciplinary UAH team of ESS and ITSC can provide a unique resource in a multi-institution effort with the U.S. Space & Rocket Center, Teledyne Brown Engineering and the ISS National Lab office, says Dr. Griffin.

"This program is a valuable resource and a demonstration of the Earth Information Science capabilities that we have here in Huntsville and specifically at UAH," Dr. Griffin says. "The utilization of the International Space Station for Earth science has incredible benefits for humanity, in fields as diverse as disaster response, ecology, energy, human health and land cover change, and many others. It is a terrific opportunity for our local students to get research experience and develop technical skills that will help them transition into the high-tech workforce."

Dr. Graves agrees that EarthKAM's relocation to Huntsville will benefit students as they continue to have major roles in preparing system software and operating the MOC that allows thousands of middle school and high school students across the globe the opportunity to request specific photos of Earth from the ISS.

"We are very excited about EarthKAM now being based in our space oriented city of Huntsville," says Dr. Graves, "as it will open up more opportunities for our city, the State of Alabama and our nation to know more about the space program, as well as the U.S. Space & Rocket Center and UAH."