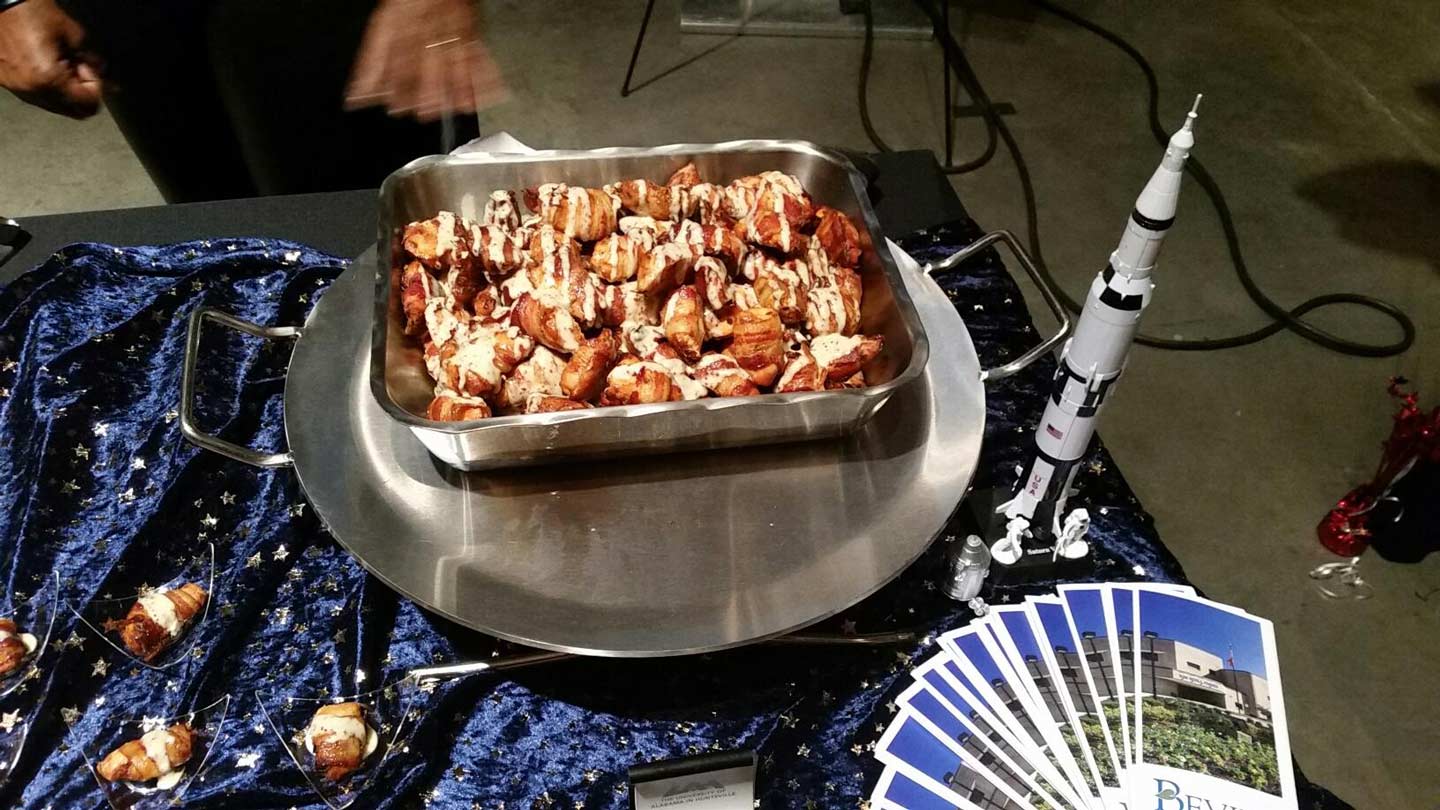 The 2015 theme was "A Taste in Space." Taste is a Huntsville-area all you can eat nonprofits fundraising event. Proceeds from ticket sales this year will benefit the Women's Economic Development Council (WEDC) and Kids to Love, a non-profit agency that meets the needs of foster children.

"This was our first year entering in Taste and we were pretty nervous to compete against big names like Ruth's Chris Steakhouse, Grill 29, and Connor's Steakhouse," said Stiliyana Ruseva, Director of Sales and Catering at UAH's Bevill Center. "The organizers expected up to 1000 people to attend the food show, and over 30 local food vendors to participate."

"In keeping with Taste's space theme; Will Hall and his Charger Union team displayed a large screen with special space effects and our UAH logo was continuously running on a loop," said Ruseva. "The Bevill team played their part too, by dressing in NASA and Star Trek costumes. A big thank you goes out to Will Hall and his team, and the Bevill group."

"For our first year, we won first place in the 'Appetizer' category for our Chipotle Maple Bacon Wrapped Chicken Bites. In the Desserts and Table Decor categories we finished third: for our Mini Pecan and Pumpkin Tarts, and space themed table decorations. And, we were also recognized as the Second Place Overall Taste Winner. We all had so much fun being part of this event and we are so proud of the recognition. We look forward to competing again next year," Ruseva said.

The UAH Bevill Conference Center and Hotel is managed by Sodexo.