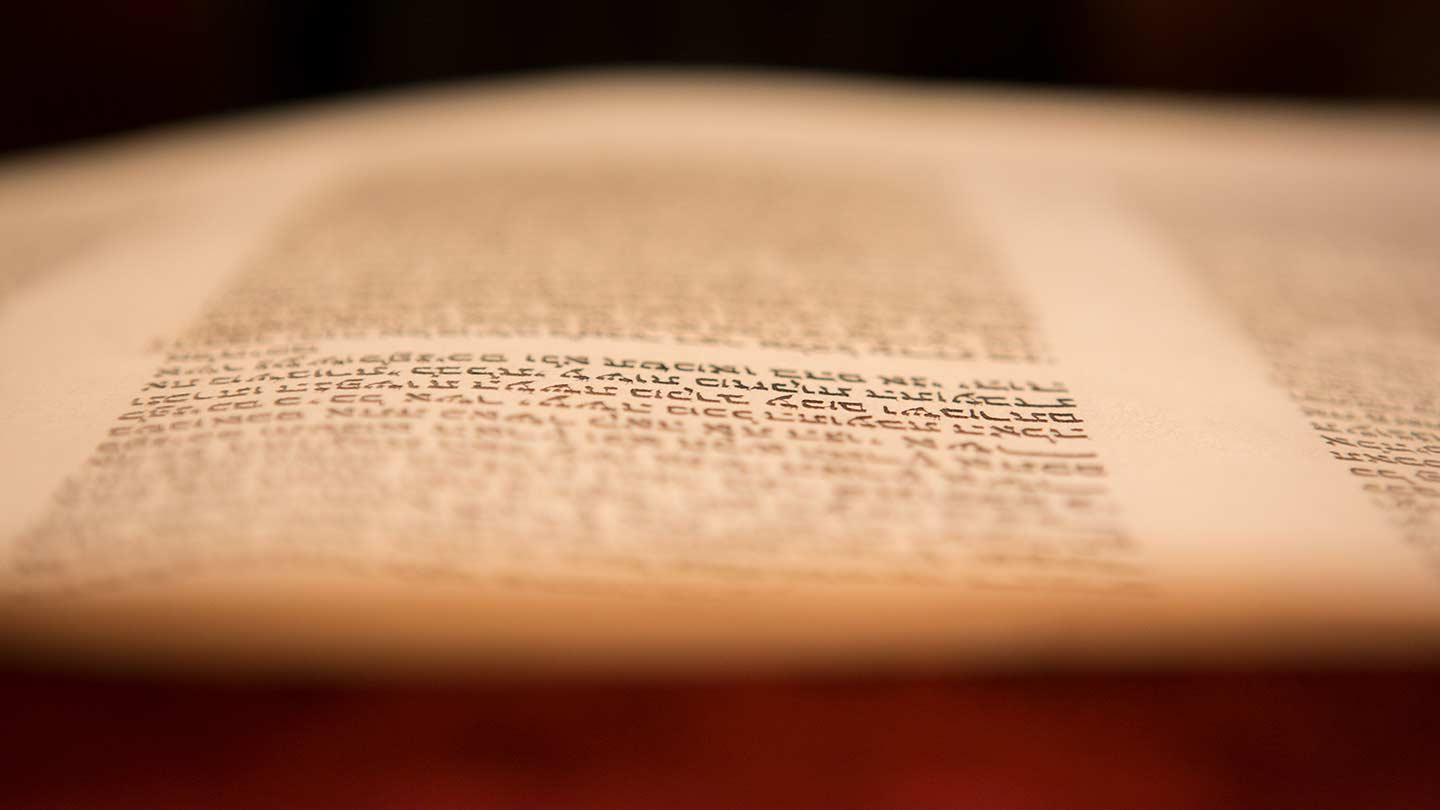 Students in Dr. Molly Johnson’s history class visited Temple B’Nai Sholom to gain a deeper understanding of the history of Judaism in Huntsville.

Students in Dr. Molly Johnson’s upper-level history class on "Nazi Germany and the Holocaust" recently enjoyed an educational outing when they visited Temple B’Nai Sholom to gain a deeper understanding of the history of Judaism in Huntsville and how the community was affected by the events of the Holocaust.

"All but one of the students had never been inside a Jewish house of worship, so this was a way for them to see firsthand that Judaism is a living religion right here in our community," says Dr. Johnson, associate professor of history. "It was also a way for them to go beyond the Holocaust as just a historical topic and to be able to understand death and loss as ‘absence’ on a more personal level."

It was really powerful going to the temple, because it gave names and personalities to the unimaginable numbers that you hear about so often in classes.

During the visit, the students met with Rabbi Elizabeth Bahar and Margaret Anne Goldsmith, a congregant and a descendant of two of the first Jewish families – the Goldsmiths and the Schiffmans – to arrive in Huntsville in the 1870s. They also saw an original yellow "Jude" star worn by Jews in Nazi-occupied Europe and the temple’s Torah. Photography professor José Betancourt and student intern Katelyn Henderson accompanied the students to record their experience.

Both Rabbi Bahar and Goldsmith shared their personal family histories, including the death of Rabbi Bahar’s great-grandfather and other family members in the Holocaust and the emigration of her mother’s family to Cincinnati. Goldsmith, whose Goldsmith Schiffman Holocaust Papers are archived at the U.S. Holocaust Memorial Museum and are available for view at the UAH Archives in Salmon Library, recounted the story of her grandfather’s efforts to help his cousins and their families flee Nazi Germany; ultimately only two families survived, with the other three perishing in the Holocaust.

"Hearing the Rabbi and Ms. Goldsmith speak about how they each came to understand the Holocaust, listing members of their families by name, and taking turns in generational chronological order was a lesson that is hard to articulate," says Madison Butler, who is majoring in sociology and minoring in women’s & gender studies. "Multiple students, myself included, asked the Rabbi questions to which she answered repeatedly, ‘with great intentionality.’ Those words have been in my head since our visit, and I don’t think I will ever forget them." 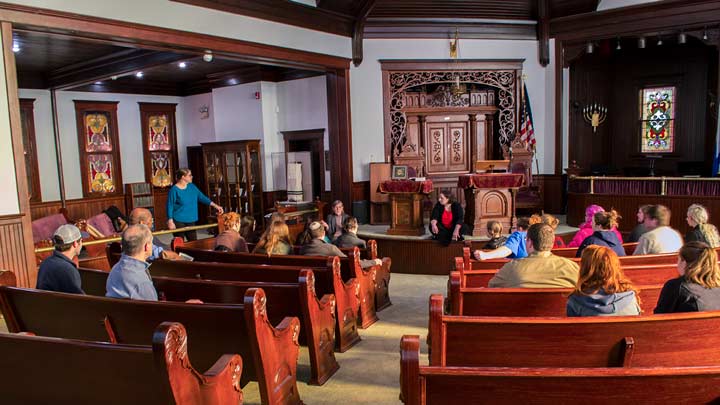 Fellow student Meagan Bojarski, a history and English double major, was equally moved by the words of both Rabbi Bahar and Goldsmith. "It was really powerful going to the temple, because it gave names and personalities to the unimaginable numbers that you hear about so often in classes," she says. "It’s easy to debate and discuss historical events until you hear from the families and see just how much was destroyed when xenophobia was put into practice."

Given the success of the visit, Dr. Johnson is already envisioning future outings that will give her students firsthand experience with what they’re studying in class. "Rabbi Bahar invited the class to come back to the Temple sometime for Friday evening Shabbat services, and Ms. Goldsmith invited us to the Yom Hashoah Holocaust Remembrance day events planned by the Jewish Federation of Huntsville and North Alabama for later this spring," she says.

In the meantime, her initiative has inspired history professor Dr. Dylan Baun to take the students in his "Modern Middle East" class to the Huntsville Islamic Center for Friday prayers.  "I look forward to embracing these future opportunities with our students," says Dr. Johnson, "which not only enhance their academic experience, but also help them experience the past and present diversity of Huntsville and North Alabama." 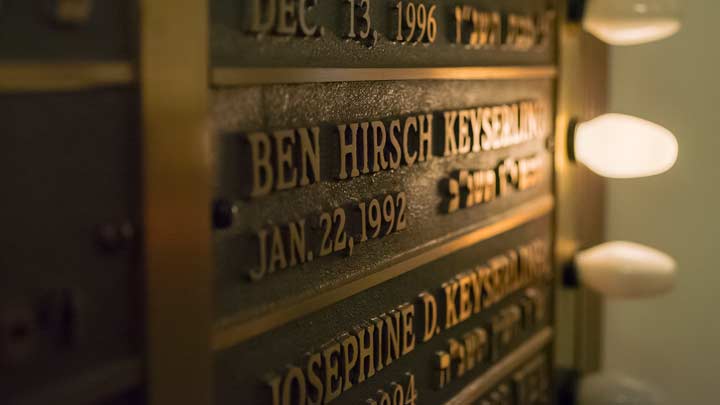 The students saw several items of religious and historical significance, including the temple’s Torah and its Yartzeit calendar, which marks the death anniversary of deceased temple members so they can be remembered by the congregation in prayer. 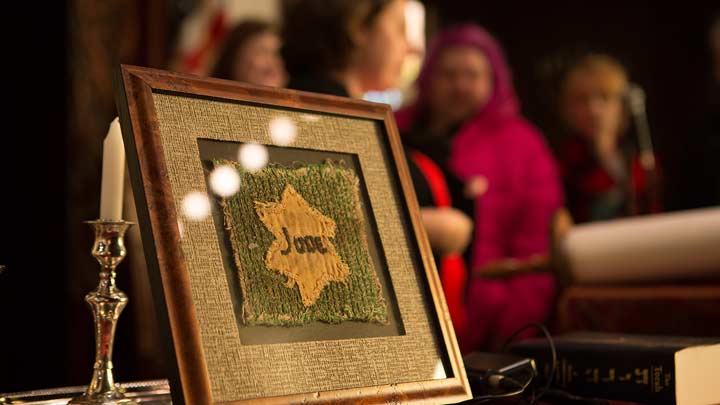 The temple is home to an original yellow “Jude” star worn by Jews in Nazi-occupied Europe.