Study-abroad trip to China is serious business for UAH students 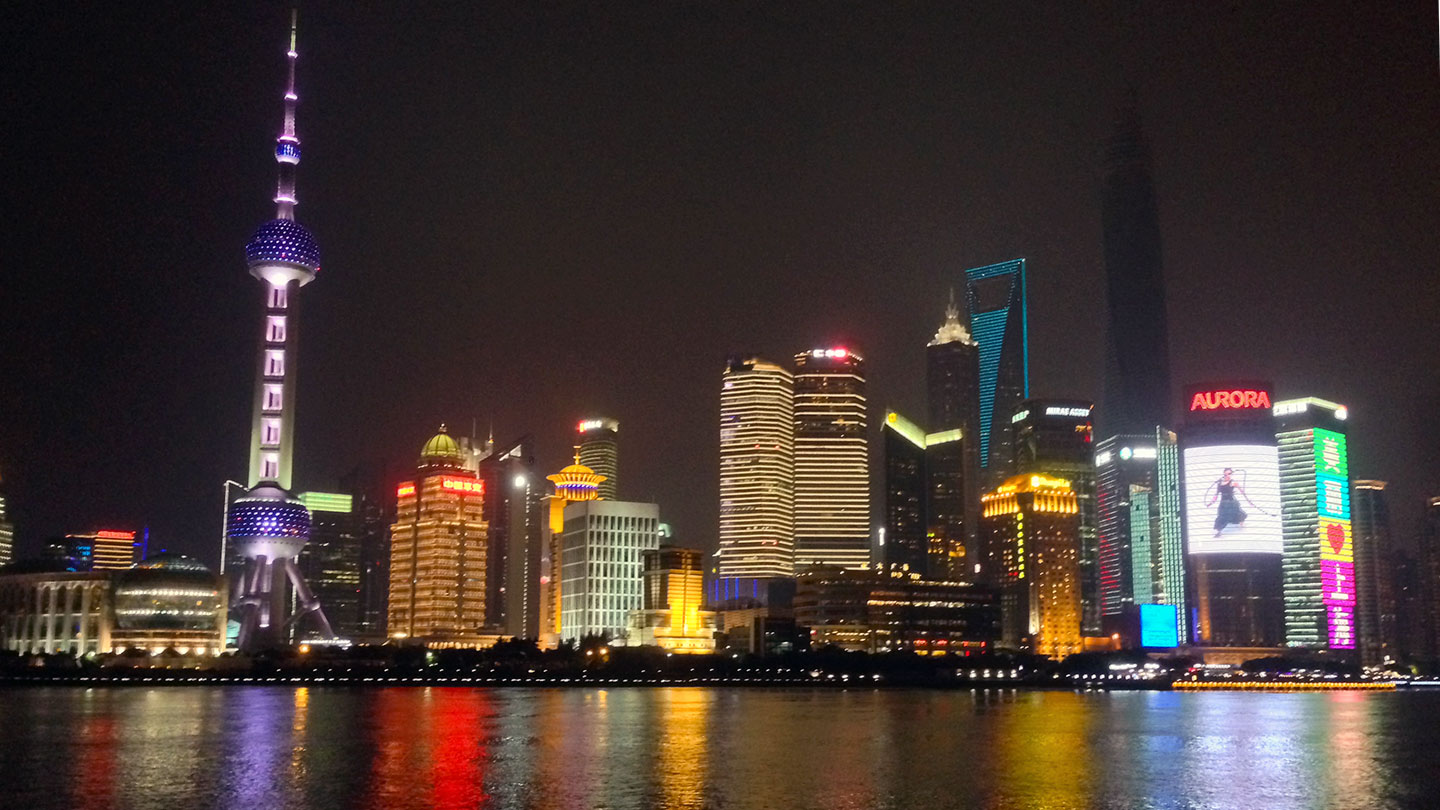 UAH students traveled to China for a study-abroad program focusing on international business.

Study-abroad trips used to be the domain of backpacking summer students interested in exploring Old World ruins. But nowadays they mean business, says Dr. Yeqing Bao, associate professor of marketing at The University of Alabama in Huntsville (UAH).

"If we want to increase our students' competitiveness in the global environment, we need to offer international-related curriculum," says Dr. Bao, who also serves as the Associate Dean of Undergraduate and International Programs in the College of Business Administration. "I thought given the importance of the Asian market to the U.S., we ought to have more exposure."

So this past May, 11 business majors spent two weeks in China, as part of UAH's first study-abroad trip to the region. "It's treated as a summer course but known as a Maymester, because it takes place between spring and summer," he says. "The students receive 3 credit hours but it doesn't interfere with their regular semesters."

I thought given the importance of the Asian market to the U.S., we ought to have more exposure.

Their first stop? Hohai University, in Nanjing. "They helped with logistics and did a great job," says Dr. Bao. They also provided a matching number of students to create a joint class, which was then tasked with a real-world research project: develop an international business plan for Yurun Group, a Chinese company looking to enter the U.S. market.

To ensure the cross-cultural flow of ideas, Dr. Bao divided the class into groups with an equal mix of Hohai and UAH students. Each group was required to research a plan for the real estate or the retail sectors of the company, with the ultimate goal of presenting a bilingual oral and written report to Yurun's executives.

Needless to say, no report on international business practices would have been complete without factoring in cultural differences. So the UAH students also spent time simply experiencing life in China. "Besides doing the curriculum, we also visited several cities – Beijing, Shanghai, and Suzhou – to give the students some perspective," says Dr. Bao.

One stop even included a visit to the Chinese branch of local software development company Intergraph. "Many of the students knew of Intergraph or had friends working there," he says, "so they could relate to the company and feel their excitement and their pain in trying to develop their business in China."

But even though Dr. Bao had prepared the students with a seminar on customs before they left, he says, they were still "struck by the vast difference between what we're used to here versus there – mundane differences." For example, he says with a laugh, the lack of coffee. "By the second or third day, students were asking to stop at Starbucks." 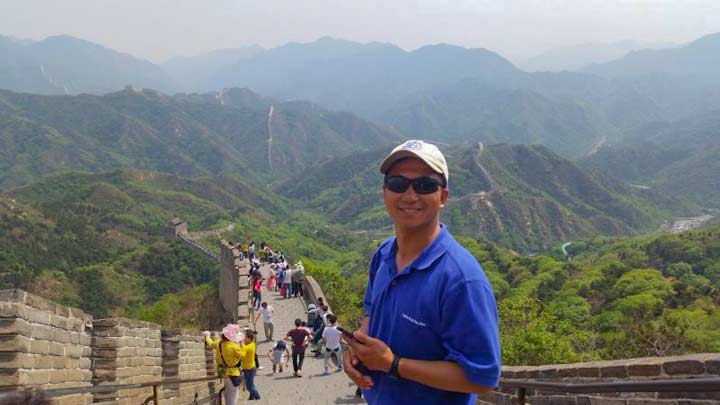 Then there was the sheer number of people. "At the beginning, the students were shocked by seeing so many people at train stations or at airports or on the streets," he says, adding that a 'small' city in China might have a population of millions. "There are loads of people everywhere, and that reminds you that you are in a different country."

Other differences ranged from how business cards are exchanged (more formally) to the way meals are eaten (family-style). And then there were the cranes. "There are dozens in every direction," says Dr. Bao. "We rarely see that in the U.S. because the big construction was back in the 1930s, but it reminded them that China is on the verge of a big change."

One thing that hasn't changed, of course, is the Great Wall. And since no trip to China would be complete without a visit, the students also spent time walking just a few of the thousands of miles that make up the country's most well-known tourist destinations. "It was incredible, and the students really enjoyed it," says Dr. Bao.

With that final mission accomplished, it was time for the students to return to Nanjing for their last assignment. Together with their Hohai counterparts – and enlightened by the cultural education they'd received over the course of the trip – they made their presentations to Yurun's executives about what to take into consideration when entering the U.S. market.

As for the students themselves, he continues, "they formed great friendships with the students from Hohai and gained a deeper knowledge of solving the tasks." They also picked up one other essential skill, one that Dr. Bao says may just make the difference between success and failure as an American businessperson in Asia.

"I told the students that by the end of the trip, everyone should be able to use chopsticks to pick up a peanut – and everyone passed," he says with real pride. "People will understand if you say you can't use chopsticks, but the distance is lessened when you can say you are able to use them well!" 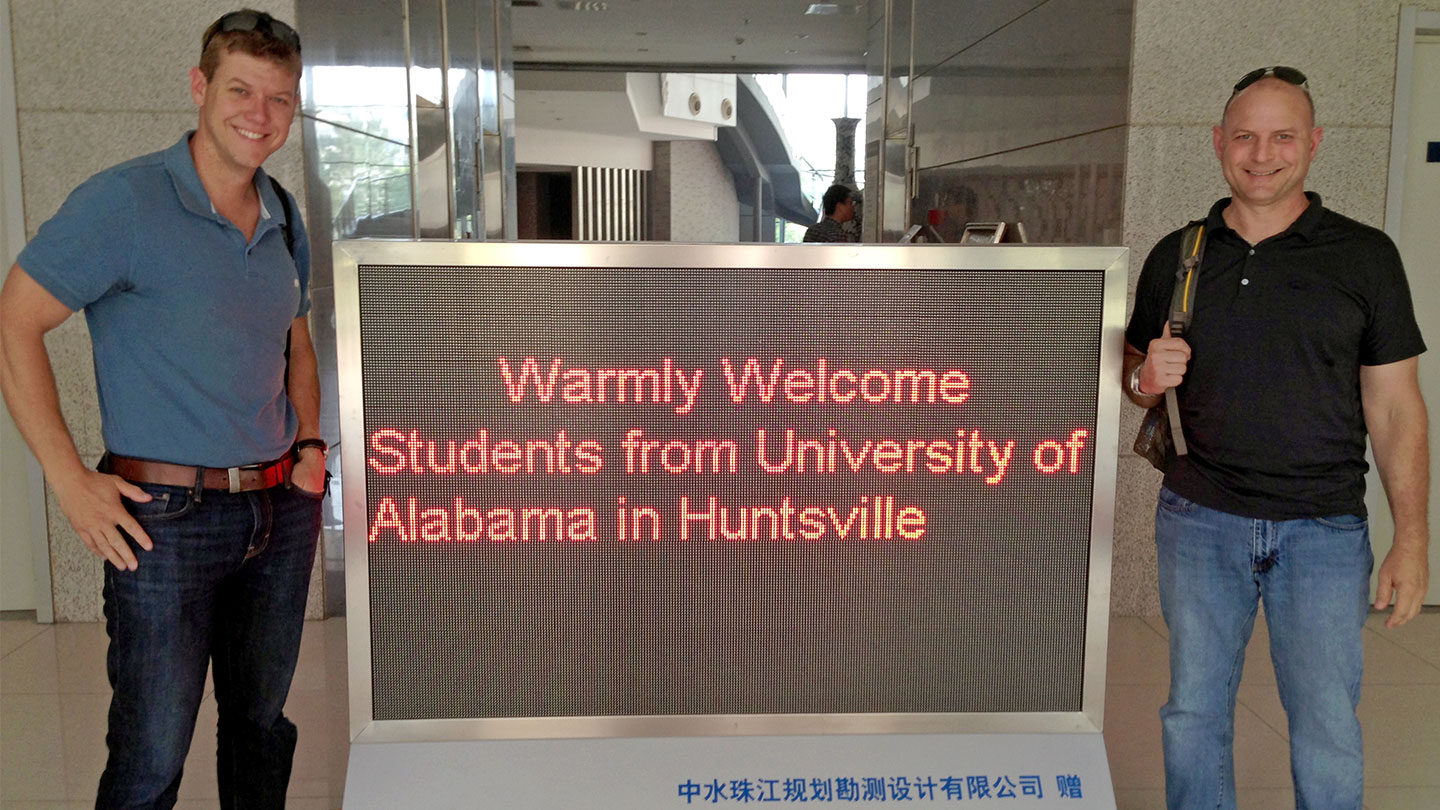 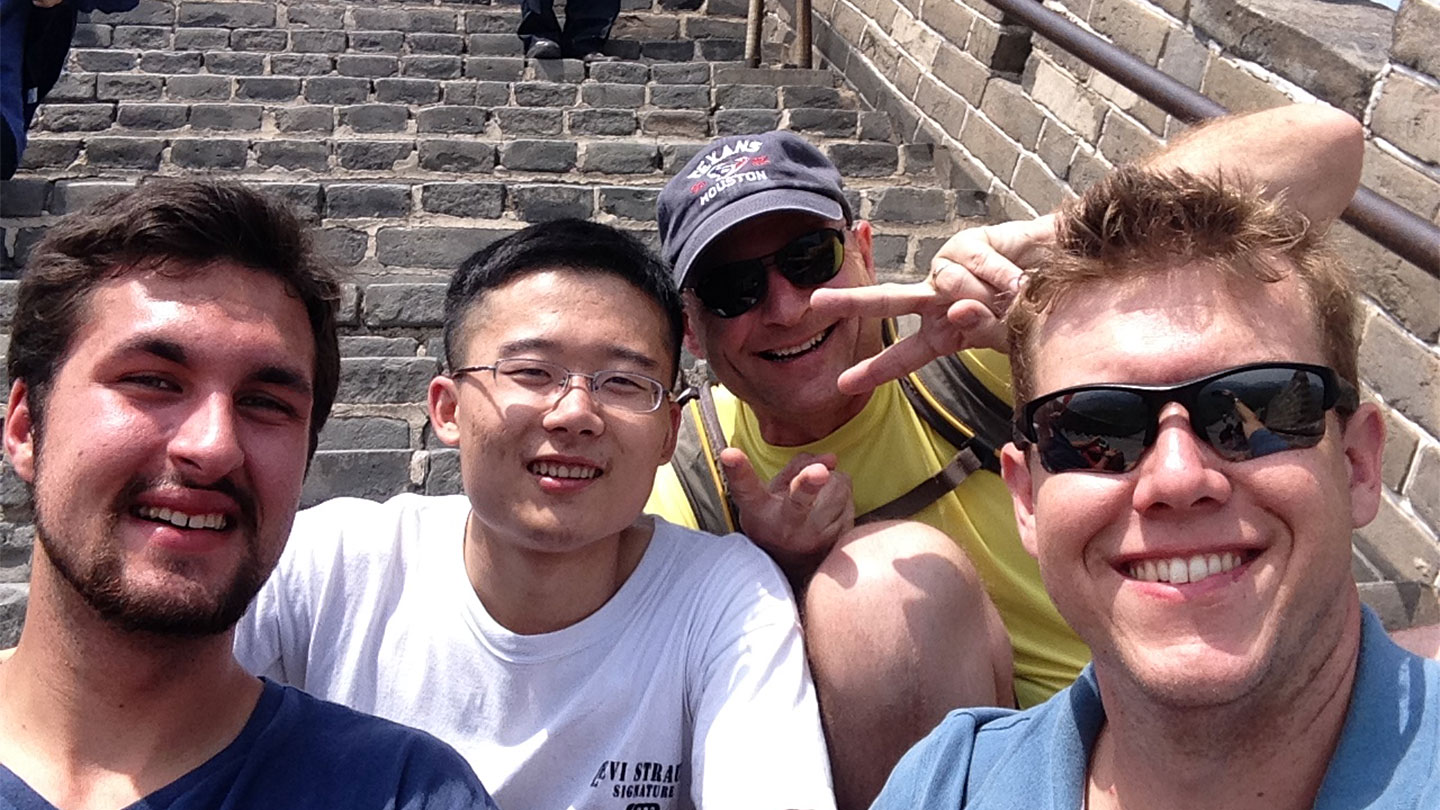 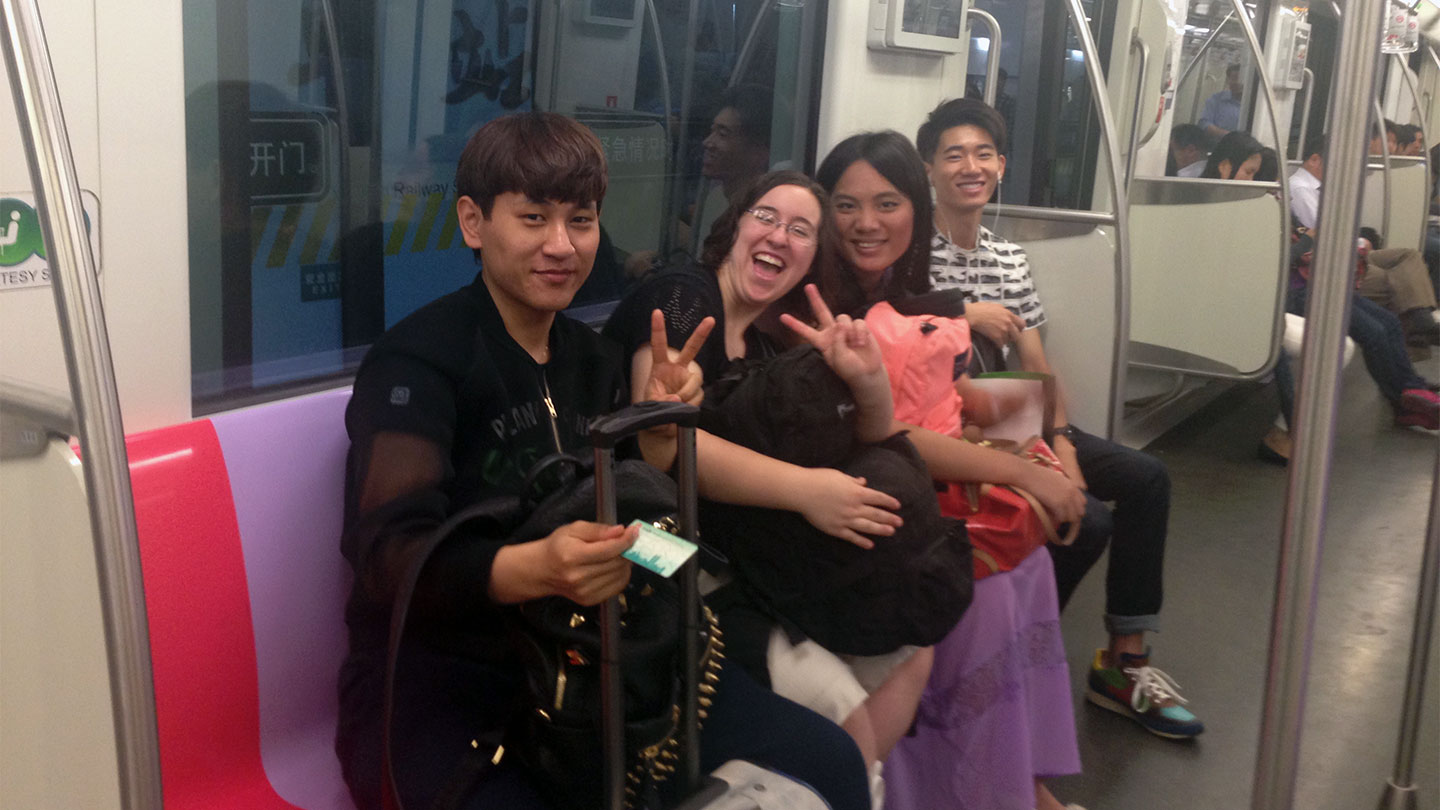 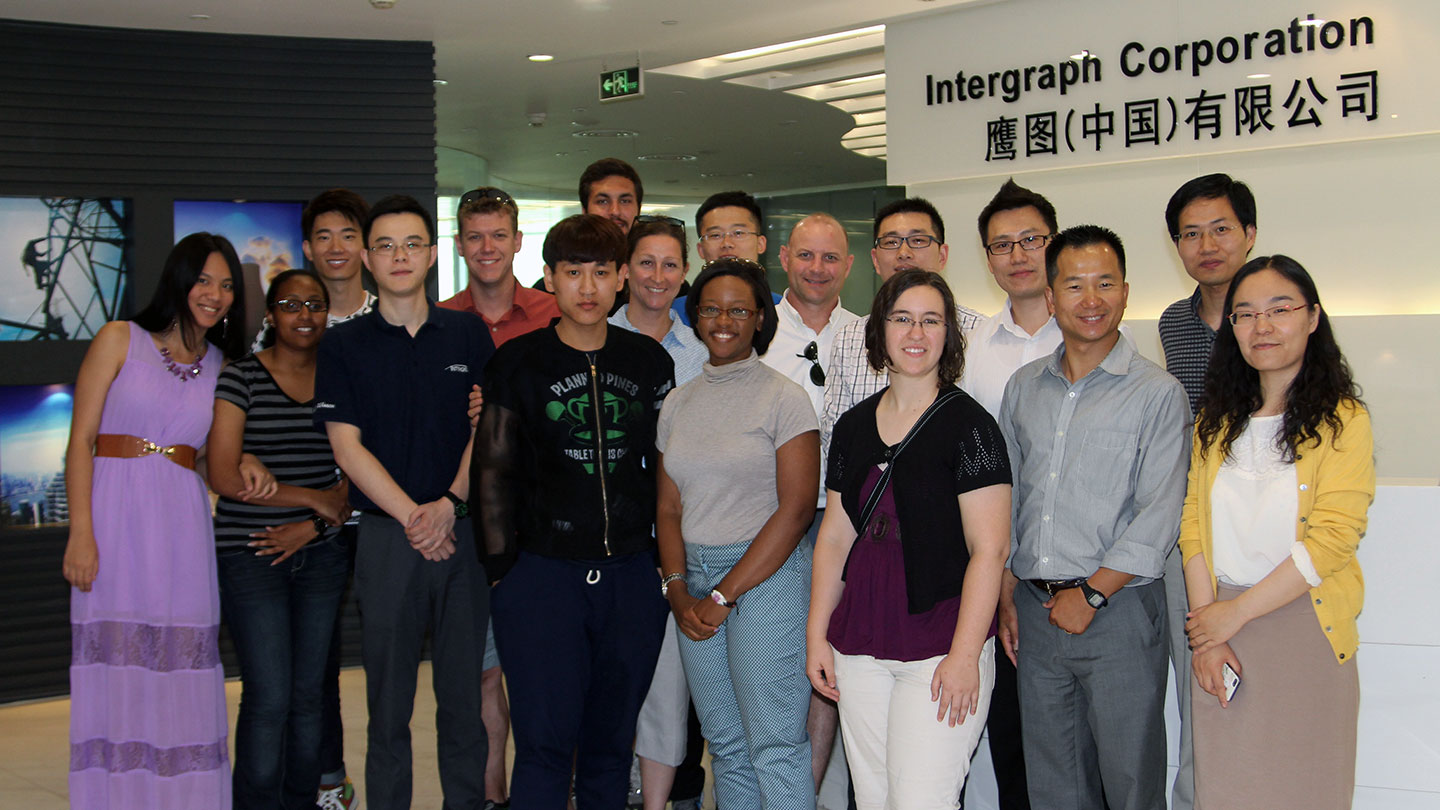 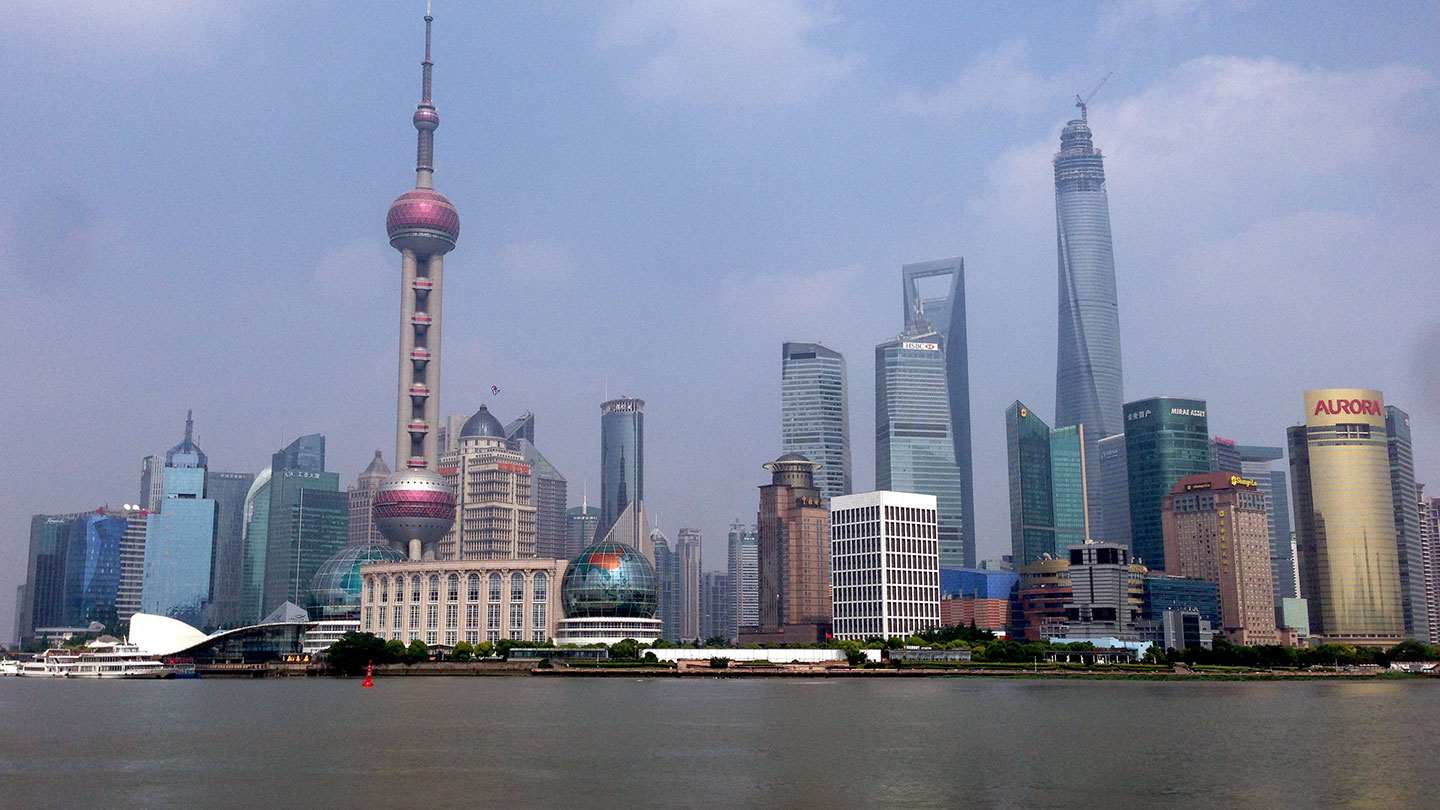 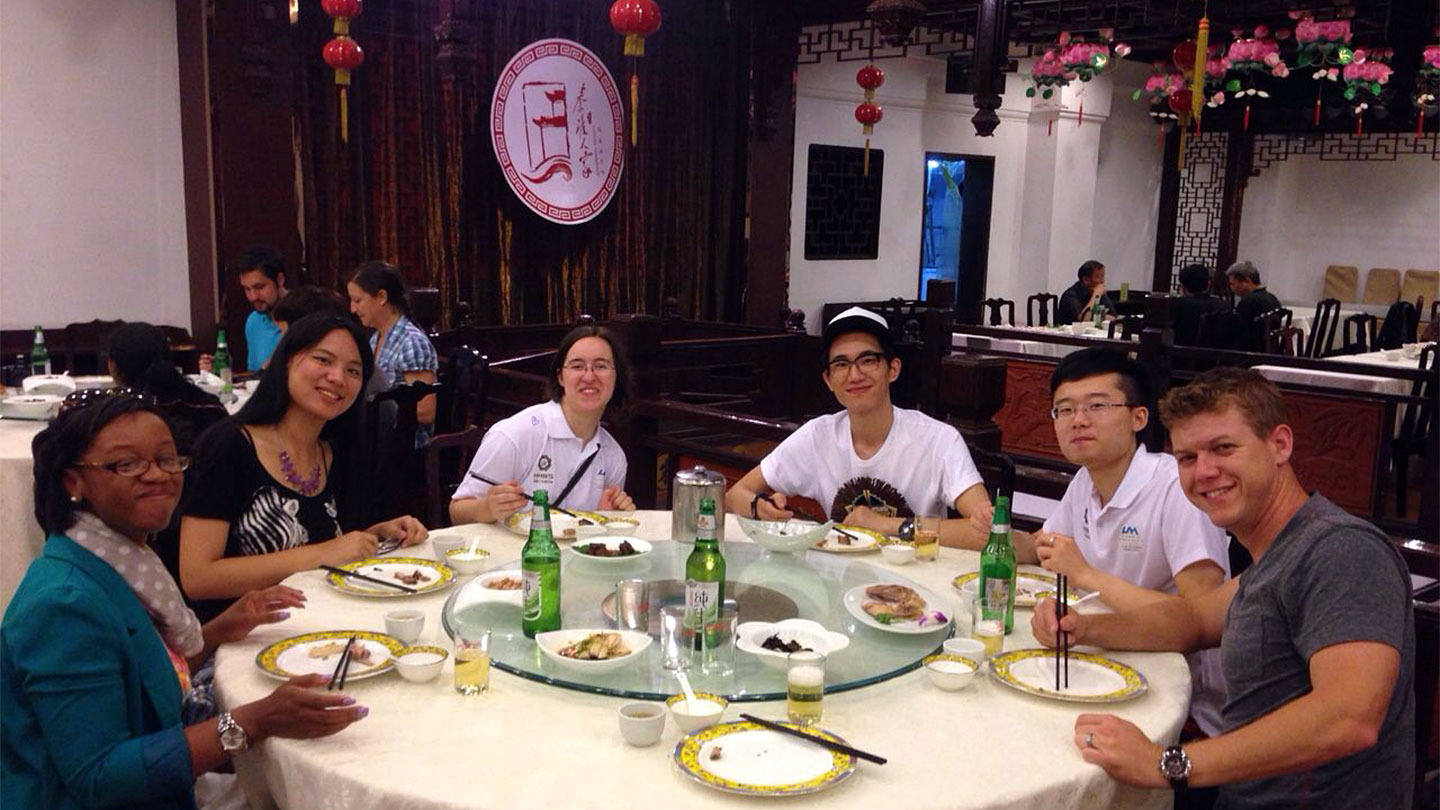 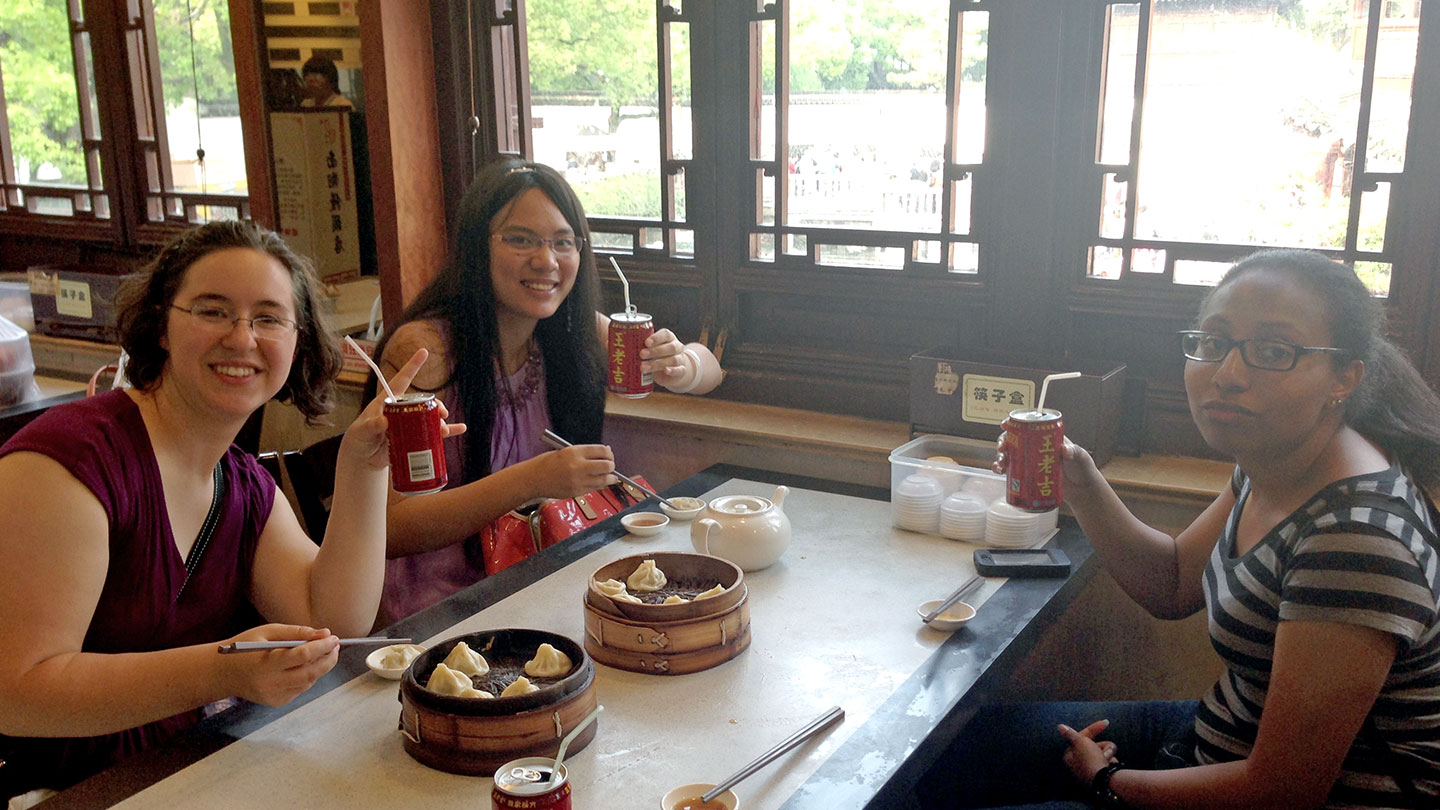 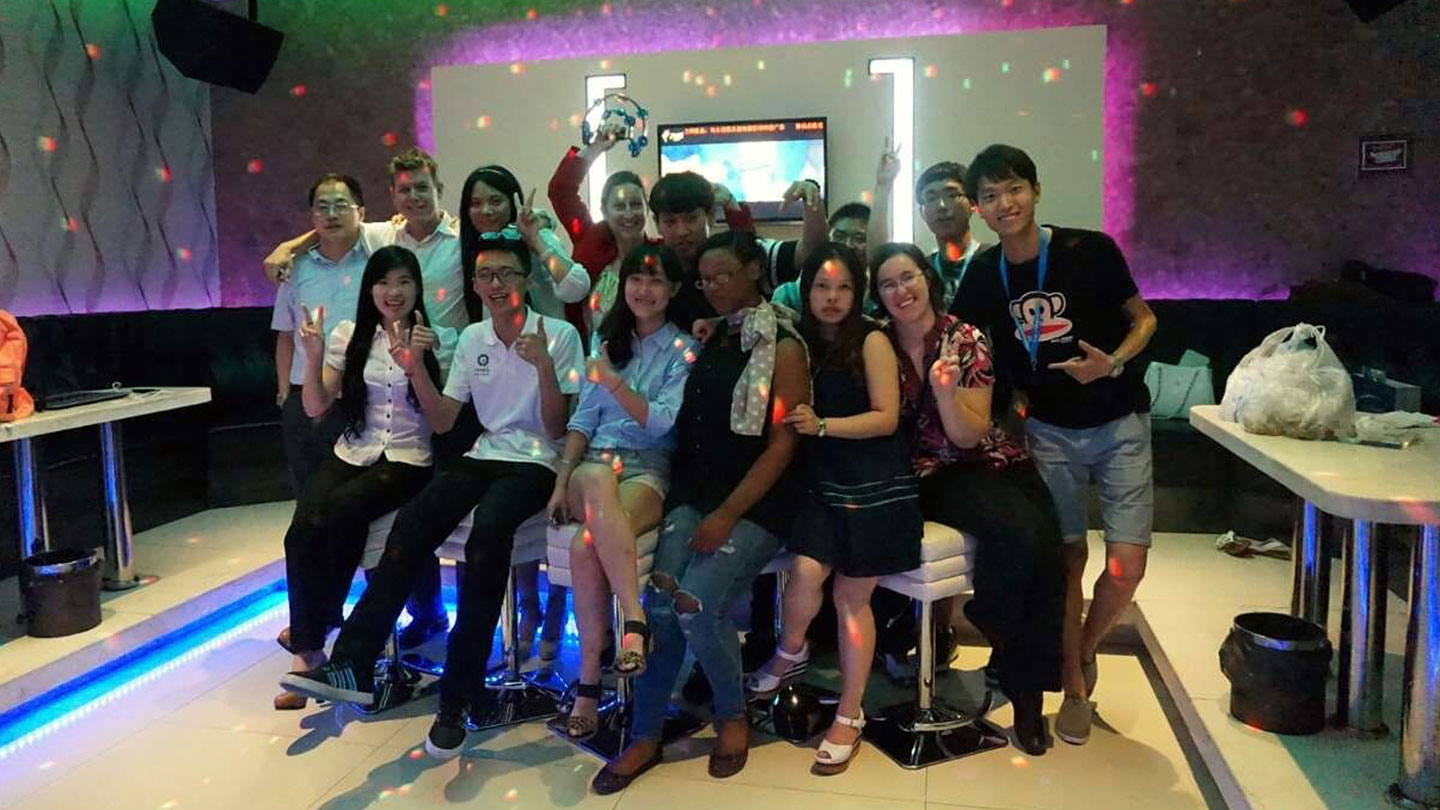 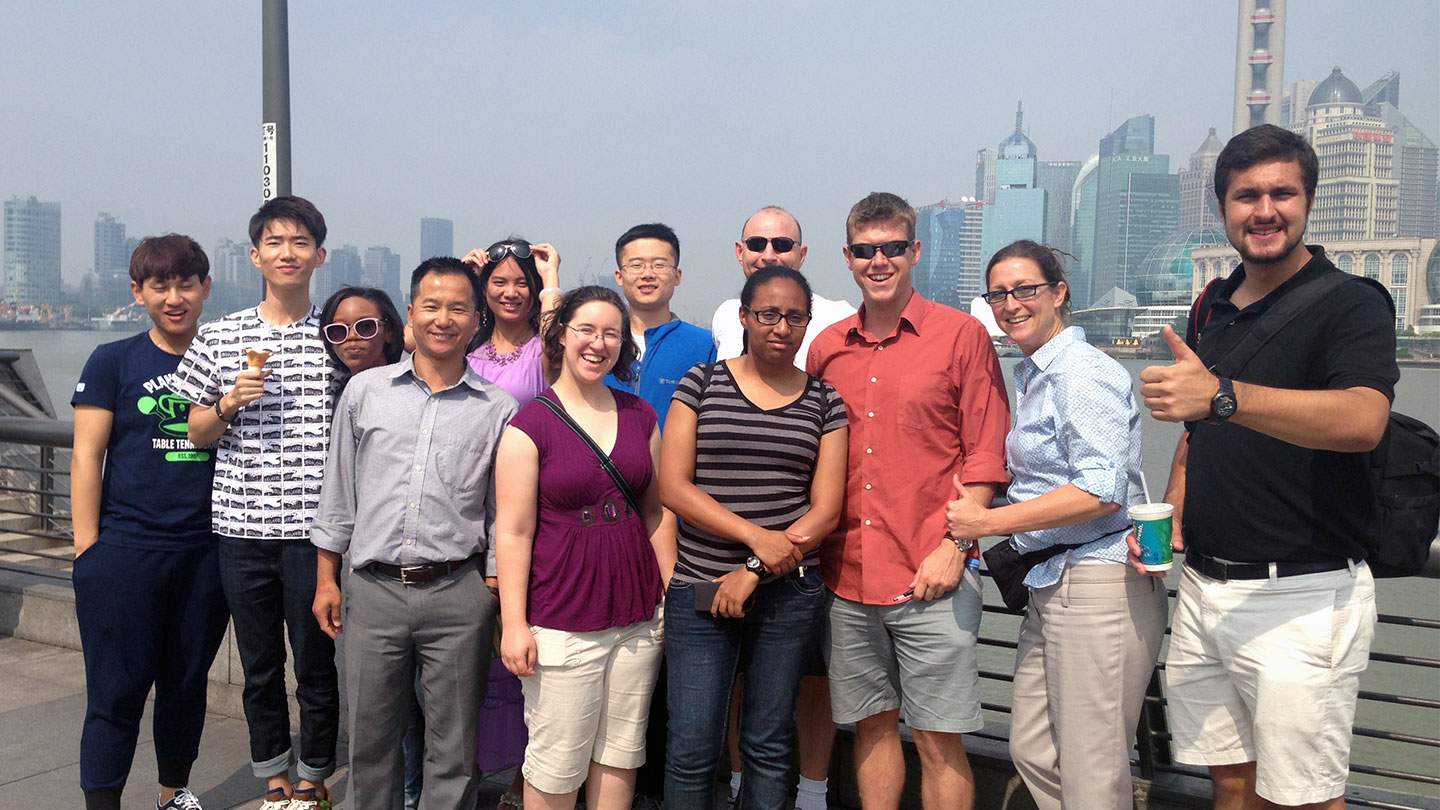