Students uncover the past with UAH’s first archeology field school 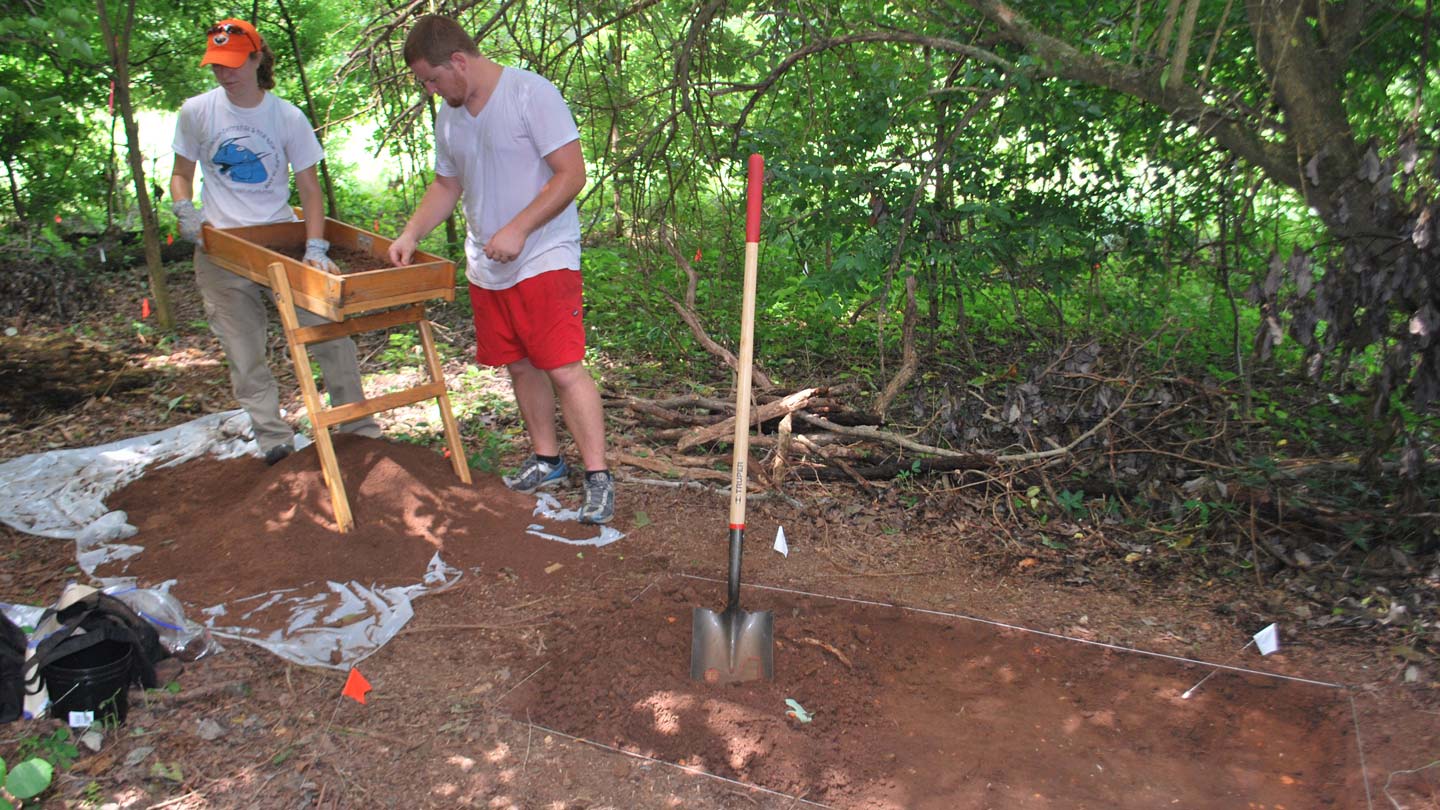 Students uncover the past on Redstone Arsenal in UAH’s first archeology field school.

HUNTSVILLE, Ala. (July 30, 2014) - This summer, history students at The University of Alabama in Huntsville (UAH) took part in the first-ever historic archeology field school. A combination of classroom learning and practical experience, the course focused on an archeological site located on nearby Redstone Arsenal.

"This site is on land that was originally part of a vast plantation that operated from around 1818 until the Army bought the land in 1942," says Benjamin J. Hoksbergen, the Arsenal's archaeologist and cultural resource manager. "It was first discovered in 1997 as part of the initial effort to survey all Arsenal lands for archaeological sites."

It’s a fun way to explore the past, and it gives you an appreciation of the history that’s not in the books.

After the survey turned up a stone well on the site, it was considered potentially eligible for listing on the National Register of Historic Places. "That's where the field school came in," he says. "Not only did the students learn how to do archaeological fieldwork, but the Army benefited from having the site evaluated without having to pay a contractor to do the work."

Guiding the students through the process was UAH lecturer Jeannine Windham, a cultural resource specialist with 15 years of experience in the field. Her first task was to spend a week's worth of classes laying out the many steps involved in fieldwork, from carefully digging up, washing, and weighing artifacts to properly mapping and photographing the site.

Then it was time to head out into the field. "Within a week or two in any small class, you can tell where people's strengths and weaknesses are and you can guide them toward things they're better at or interested in," she says. So while some students stayed at the site, others decamped to the makeshift archeology lab located on UAH's campus.

But no matter what their assignment, all of the students played a role in recovering the site's artifacts, which included nails, handmade bricks, ceramics, and pieces of a hearth. And all contributed to the course's final project, an archeology report that will help Hoksbergen determine whether the site is worthy of preservation.

That's important, since the site and its environs are in a "desirable location for future Army development," says Hoksbergen. "What the students are doing is assisting me with the management of archaeological resources so that federal resources can be focused on preserving only those sites that can really contribute to our knowledge of the past."

It just so happens that the students also picked up some valuable lessons along the way, starting with teamwork. "It's like building a building out of Legos. You need all of the Legos to make it work," says Windham. "The students learned that they had to be dependable and they had to pay attention. And that's something that is missing a lot from a lot of college classes." 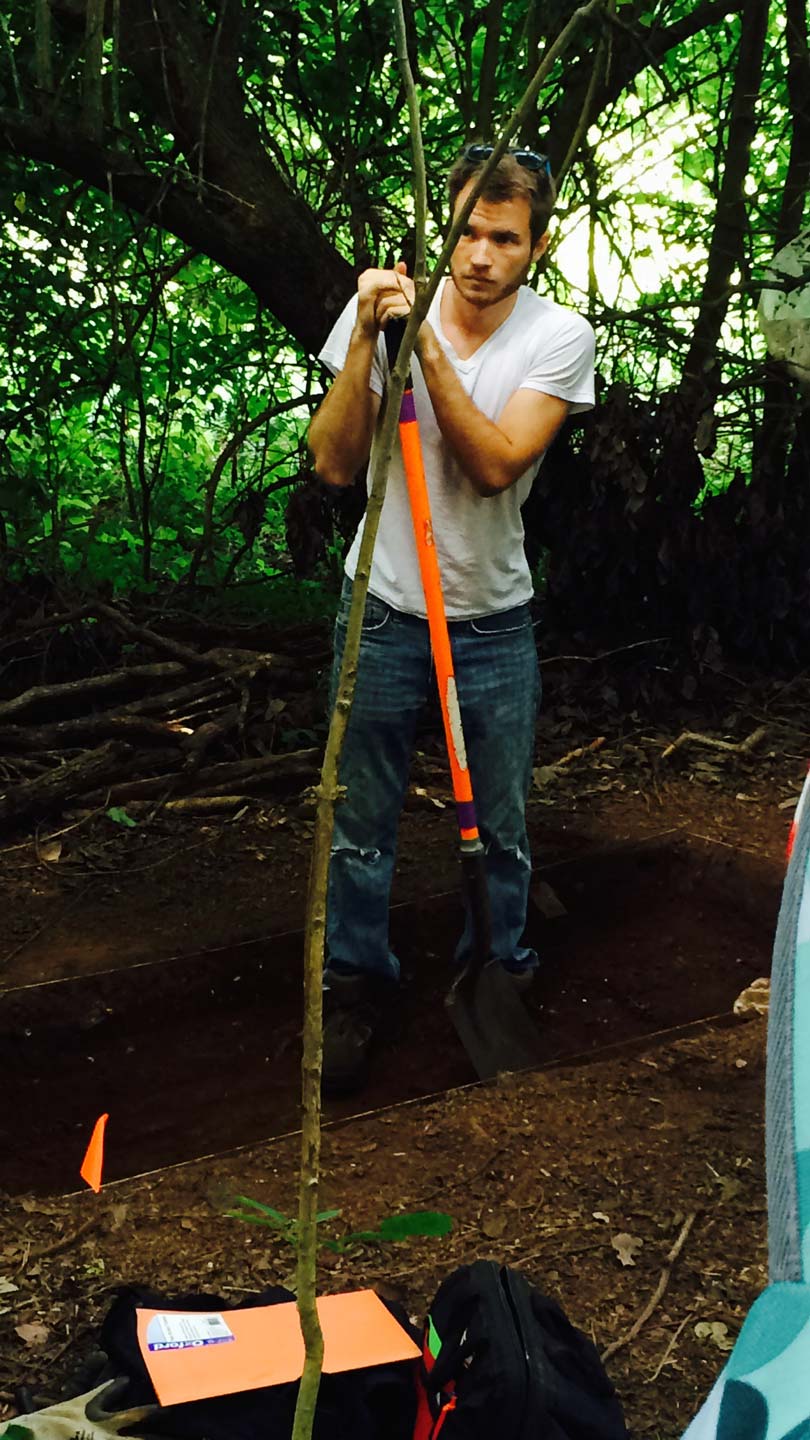 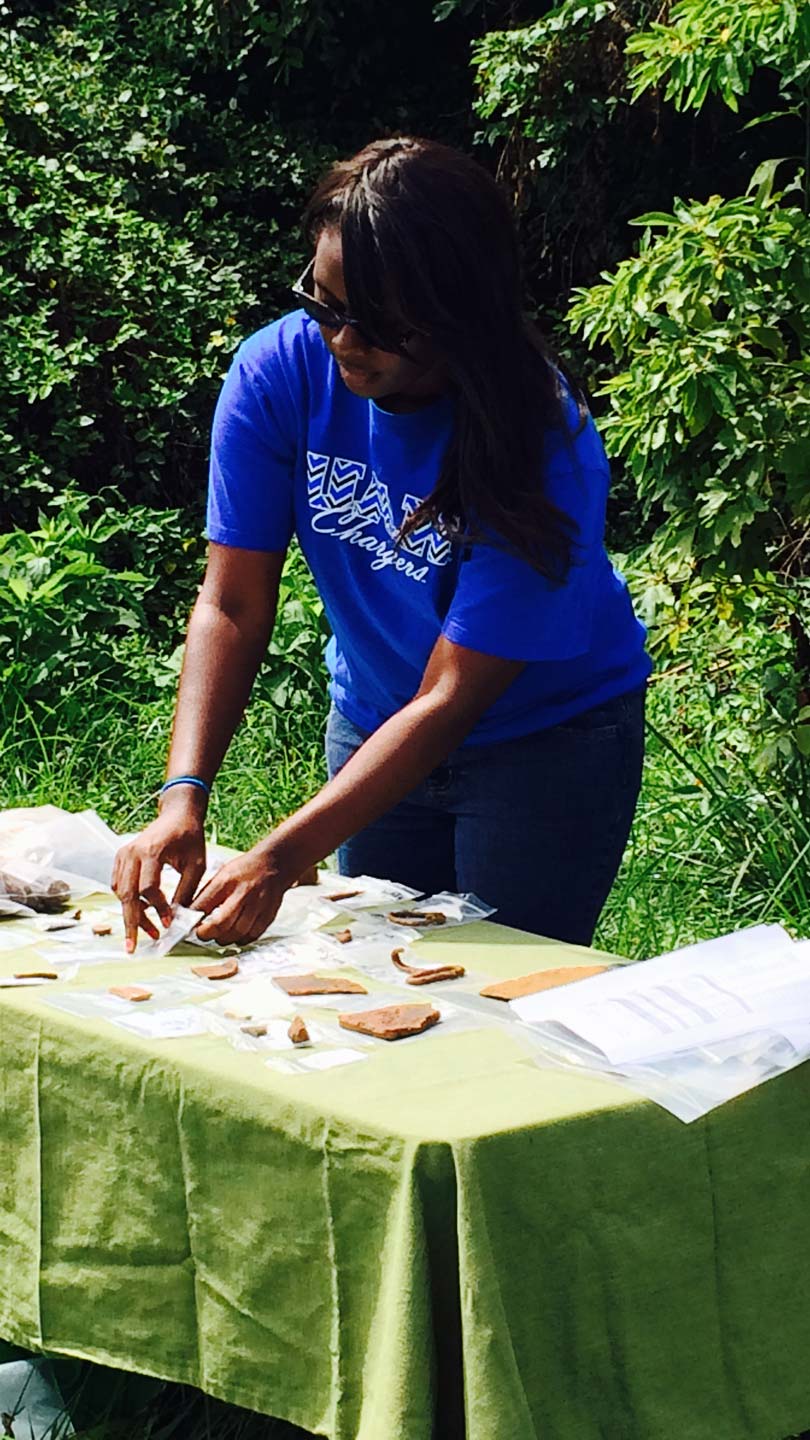 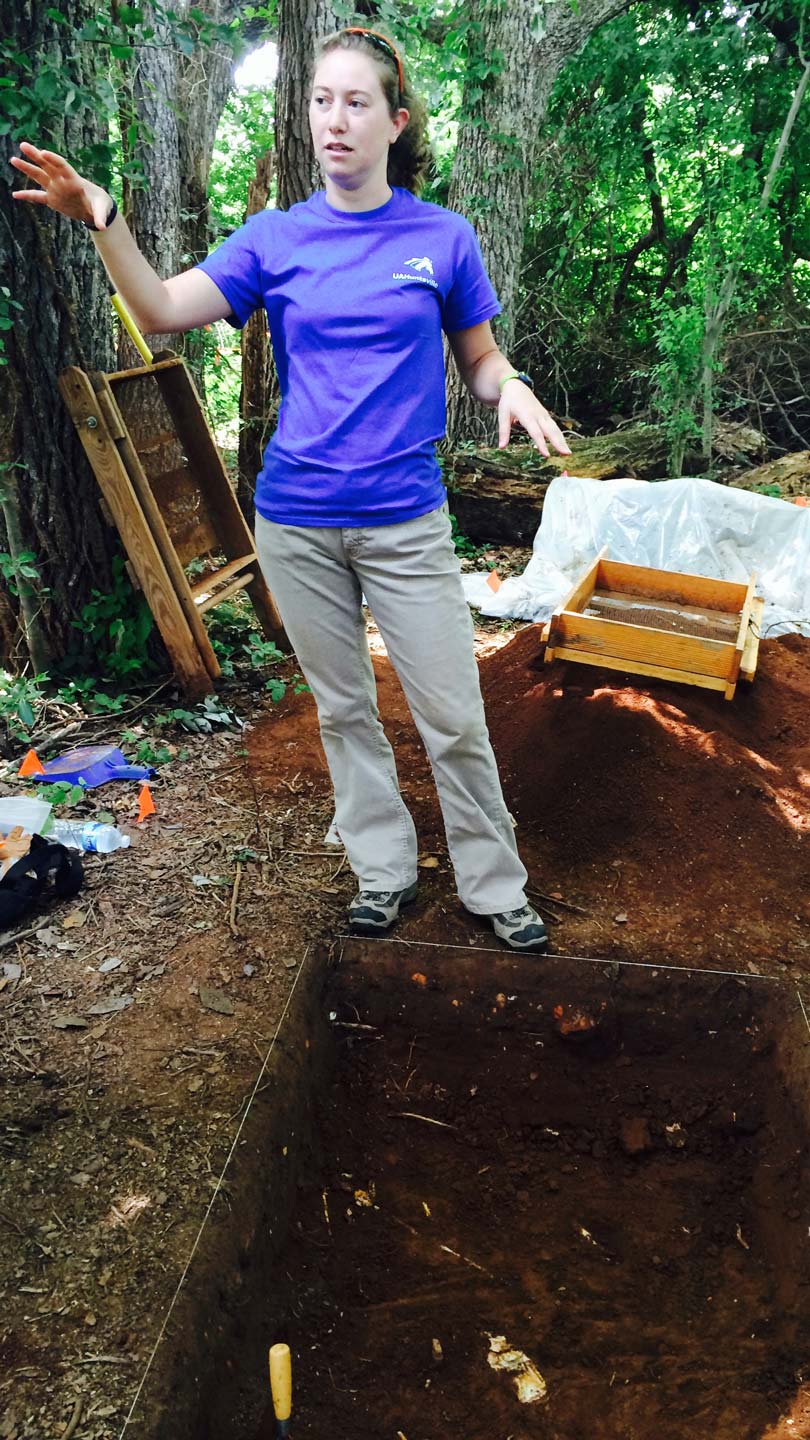 So, too, is the opportunity to gain hands-on experience, which the field school offered in spades. "It's a treasure hunt in a lot of ways - you're in the middle of the woods, you get dirty," she says. "It's a fun way to explore the past, and it gives you an appreciation of the history that's not in the books."

And to Windham, that's the real appeal of archeology. "It speaks to people who don't make the census records," she says, adding that the site the students worked on is a perfect case in point. "Nobody 'important' was living there," she says, "but that's why the research potential in it is interesting."

That's also why she hopes to offer the field school again next summer. After all, there's so much still to discover. "There are tons of people who watch archeology programs on the Discovery Channel," she says. "But they really don't know what's right under their feet, that there's archeology right here."