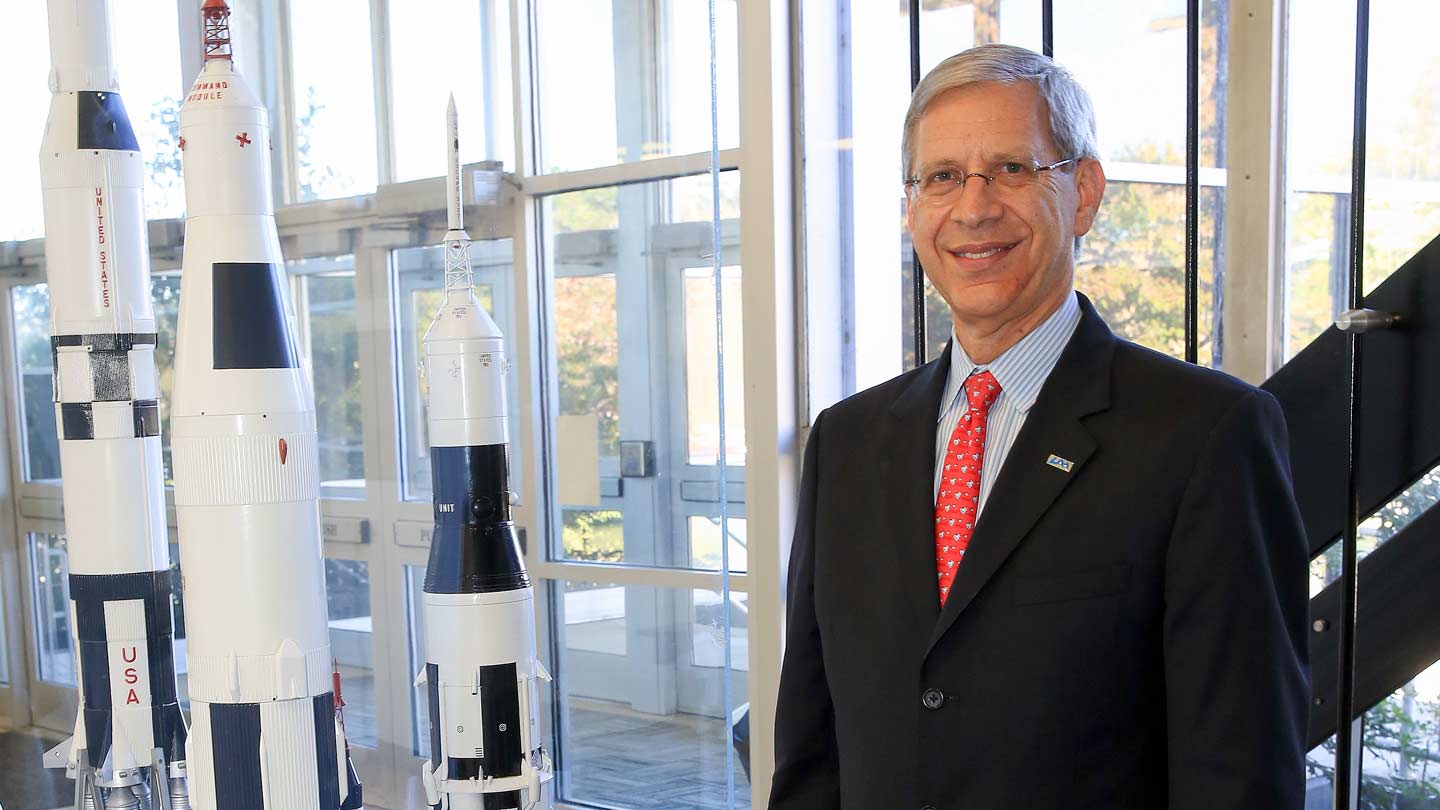 The ceremony begins promptly at 2 p.m., and will be in the Von Braun Center Propst Arena in downtown Huntsville. No tickets are required for guests.

UAH is expected to award approximately 1,012 diplomas at its fall graduation ceremony, including 623 bachelor's degrees, 361 master's degrees and 28 doctoral degrees. Rowe will be awarded an honorary Doctor of Science degree from UAH during the ceremony.

A 1975 graduate of UAH, where he earned a bachelor’s degree in biological sciences, Rowe has been chief scientific officer of Edwards Lifesciences since 2008 and also serves as corporate vice president of advanced technology. He joined Edwards Lifesciences in 2004 when Edwards acquired Percutaneous Valve Technologies, a company he helped found in 1999 and of which he served as president and chief executive officer.

Edwards Lifesciences is a global leader in patient-focused medical innovations for structural heart disease, as well as critical care and surgical monitoring. The company collaborates with the world’s leading clinicians and researchers to address unmet healthcare needs, working to improve patient outcomes and enhance lives.

At JJIS and the related Cordis Corp., Rowe held a variety of positions with increasing levels of responsibility, including heading the company’s business development, advanced technology, worldwide clinical research and marketing groups. Rowe joined Cordis after previously holding several positions in product management for a number of medical device companies.

He is also on the board of directors for the Discovery Science Center in Orange County, Calif., as well as on the advisory boards for the engineering or biomedical engineering schools at UC Irvine, Georgia Tech and Brown University.

Graduating students may begin checking in at VBC East Hall at 1 p.m. The Propst Arena will also open for early seating at 1 p.m. Family members, spouses and guests are not permitted in the assembly or robing areas and should go directly to their seats in the arena.

Immediately following the commencement program a reception will be held in VBC East Hall for graduates, family members and guests. If you have specific questions about the UAH spring commencement ceremony, please contact Peggy Bower at 256.824.6337 or email her at bowerp@email.uah.edu.