Reacting to the Past History classes at UAH 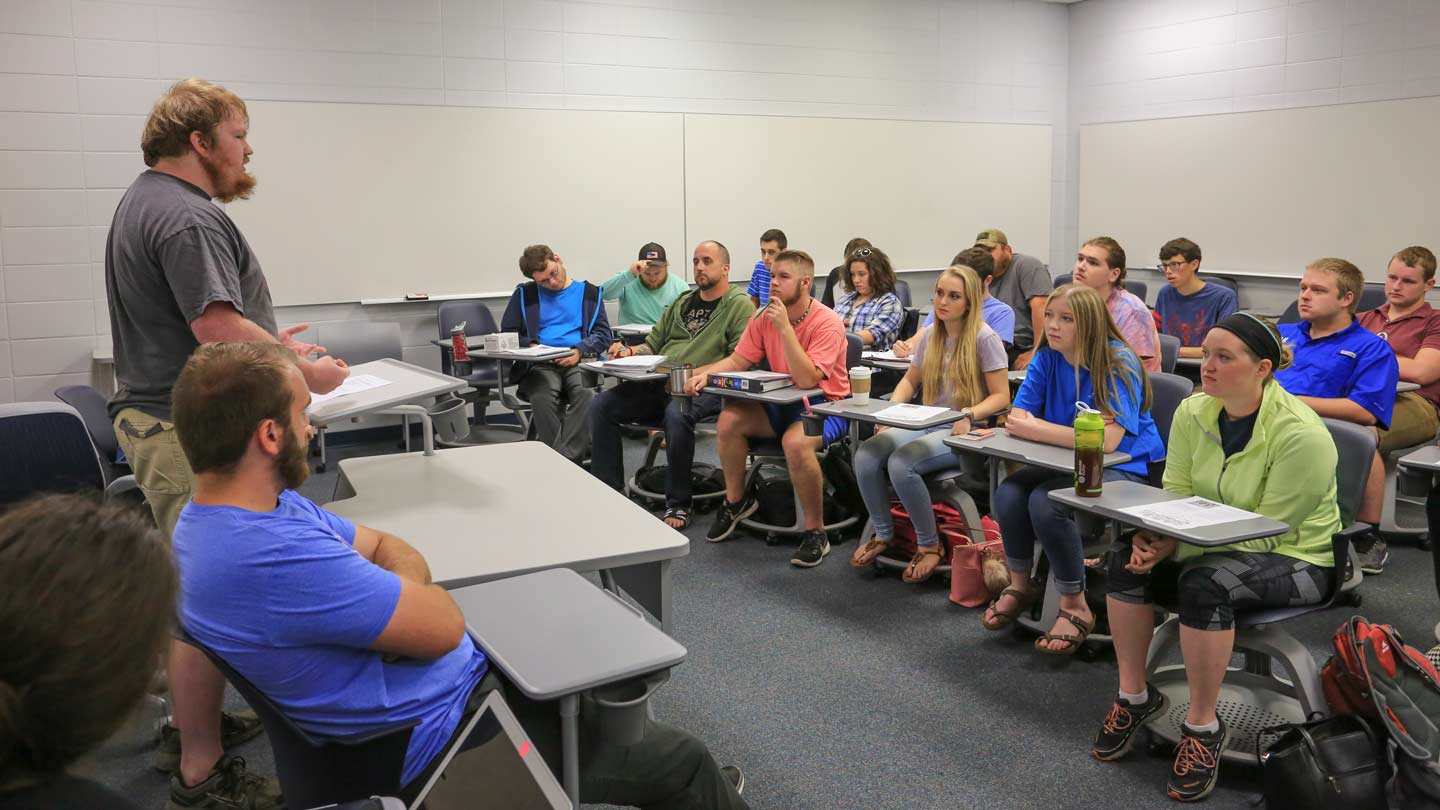 UAH students in Dr. Christine Sears's HY 221-United States to 1877 history class participate in the Anne Hutchinson Reacting to the Past Role-playing game.

Imagine witnessing and participating firsthand in the trial and punishment of Anne Hutchinson, a pre-modern woman. Hutchinson, an English immigrant trained as a midwife and nurse was prosecuted for religious heresy in Bay Colony Massachusetts in 1637.

Christine E. Sears, Associate Professor of History at The University of Alabama in Huntsville (UAH) recently took her students back four centuries to the starting point of Hutchinson's fight for women's rights and religious freedom. Sears used this teaching method because she "wanted to engage students more directly in their learning process and foster collaboration among students." Sears said she found students to be far more involved in and outside the classroom. "During the game, attendance was higher than normal for a general education class. Students also worked together outside of class."

Sears students participated in Reacting to the Past (RTTP), historical role-playing games set in the past. Her students were assigned roles based on classic texts in history. Classes were directed and led by students. Sears advised and graded students' oral and written work. UAH history students took on 17th century New England Puritan roles and discussed issues of community and religion. During the RTTP game Sears' students retried Hutchinson's case.

Students were divided into two factions: pro-Hutchinsonians and pro-Winthropians. John Winthrop, the governor of Massachusetts Bay in the 1630s, saw Hutchinson as usurping power belonging to male religious leaders and teaching religious heresy. Others in the community saw Hutchinson as leading godly discussions. "Members of the student groups work together; they plan strategy and divide material so that each member is working to convince people to vote for their side (either finding Hutchinson guilty or not guilty of heresy). A third group of students, the immigrants make the game even more complex," said Sears.  "Each group or immigrant used speeches and private conversation to persuade others to vote with them during the final vote (on Hutchinson’s trial)," said Sears. "People had different agendas within the game, and, frankly, outside of the game. They both worked together and against each other."

Thanks to a generous academic grant offered by the Dean of the UAH College of Arts Humanities and Social Sciences (CAHS), Sears prepared for RTTP by attending a two-day training session at The University of Georgia. "Training was critical,” to effectively use this teaching method in the classroom. Attendees participated in a short version of the game thus learning what the game is like for students.

In addition to the CAHS grant, Sears was the recipient of a $1,500 Collaborative Learning Fellow (CLF) Award. The CLF encourages collaborative learning pedagogical innovation. "I used the funds to pay a graduate student, Vaughn Bocchino, to assist me during the game," said Sears. "Vaughn's assistance proved invaluable. He emailed students nightly, pointing out what they did well and what they might try next time. He encouraged them to identify other students with whom they could plot and suggested game play maneuvers for each side."

UAH student Matt Clark portrayed a sea captain in the RTTP activity for Sears’s HY 221-United States to 1877 class. "My specific role as sea captain taught me different aspects of international relations, major religious and social tensions that were felt in Britain during that time period, and overall impressions of Puritans in the colonies versus others in Britain." During the class project, Clark became an expert on historical occurrences, while other students were focused on minor religious differences within the greater Puritan church, and still other students focused on gender roles and economics. "The goals of the game led each person to, in effect, teach what they knew to the rest of the class. It was a very interesting and effective way to study history."

Logan Johnson, also in the class, considered RTTP a great experience. "I thoroughly enjoyed the class because it presented a new dynamic from history lectures in the past. RTTP was a great way to stay actively engaged in a class that I historically have not been interested in. RTTP also provided an opportunity for me to get to know my fellow classmates, and develop friendships with them – a rarity in general education courses."

Sears has plans to use RTTP in future classes.  "Students learned skills that will assist them in future classes and in employment settings. For example, they collaborated in groups a challenging part of virtually any job in this day and age, and they developed confidence and practice in public speaking, also a frequent requirement in many careers. Perhaps most importantly, we discussed how to support each other as we learned. This class was an exceptional group who exceeded all expectations I had about RTTP.  I hope the next group is as compassionate and adventurous."