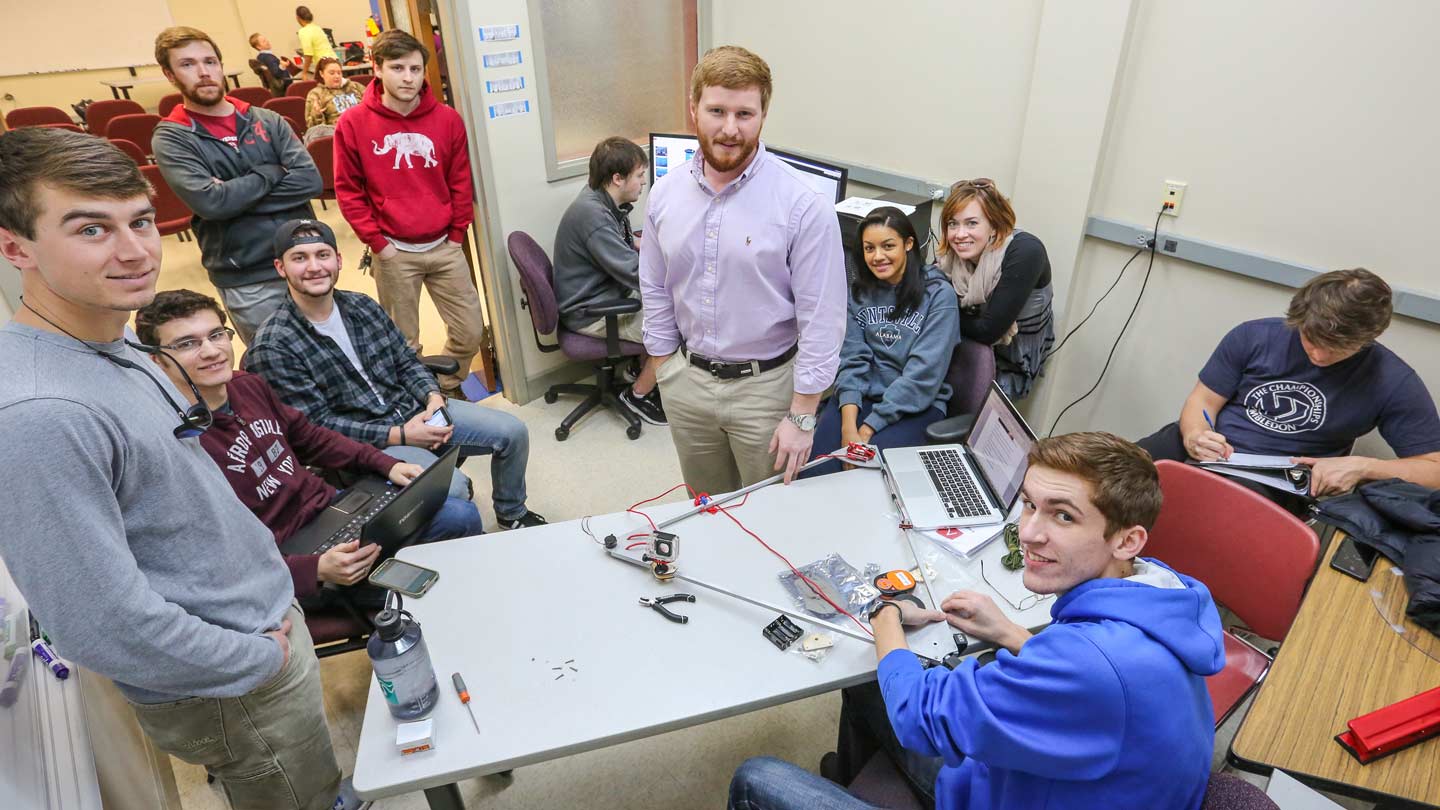 Senior mechanical engineering major Max Beasley (center) participated in the InSPIRESS program before attending UAH, where he now serves as the chief engineer of a 12-person Integrated Product Team.

As a high school student, Max Beasley knew where he was going to go to college - and it wasn't The University of Alabama in Huntsville (UAH). That is, until Drs. P.J. Benfield and Matt Turner, principal research engineers at UAH's Systems Management and Production (SMAP) Center, visited his Decatur, Ala., class to debut their Innovative System Project for the Increased Recruitment of Emerging STEM Students (InSPIRESS).

"It was the first year of the program, so they were kind of winging it, but they would come and do little mini-projects with us," says Beasley with a laugh. "It was a huge learning process, and I loved it." Founded by Drs. Benfield and Turner in 2009, InSPIRESS is an outreach project that challenges high school students to develop and design a scientific payload for a spacecraft designed by undergraduate students in UAH's Integrated Product Team (IPT) class, which the pair also teach.

I was always interested in engineering – by the age of 10, I was pulling things apart at my house and asking my dad how they worked! But this showed me that it’s what I want to do for a living.

That year the program culminated in a presentation of the conceptual payload on the UAH campus, a place Beasley says "had never really been a thought" until his InSPIRESS experience introduced him to all that the university had to offer. "That's when I started researching it and really looking at the numbers," he says. "And when I did, it was the engineering program that brought me here."

In the years since, Beasley's journey has actually come full circle. Whereas he once worked on a scientific payload on behalf of UAH's IPT, the senior mechanical engineering major now serves as chief engineer of his own IPT. "It's a step up from high school - designing the whole mission as opposed to one little payload ­- but I understand the structure and timeline because I was a chief engineer in InSPIRESS," he says. "It put it into perspective."

Currently, Beasley's team of 12 is tasked with designing, manufacturing, and fully qualifying a scientific payload for a high-altitude balloon satellite (HABSat) over the course of the two-semester class. They are also required to meet the science objectives set by a team of their peers at the College of Charleston, which started working with UAH's IPT class in the fall of 2009, in addition to at least one objective from the Alabama Science Course of Study for high school, middle school, and elementary school. 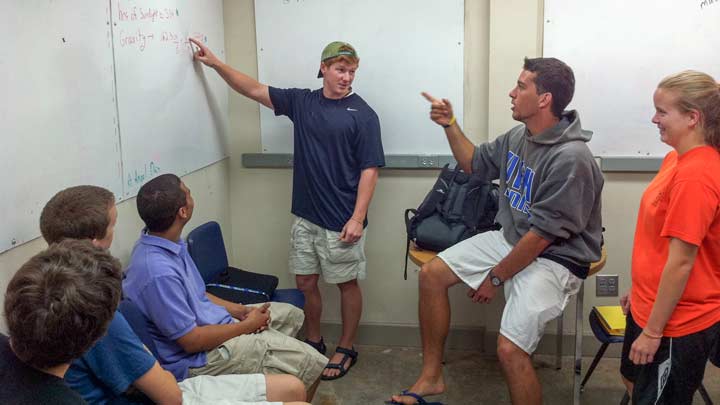 As a high school student participating in InSPIRESS, Beasley met with UAH undergraduates in the spring of 2010 for guidance on designing a scientific payload.

The idea, explains Dr. Benfield, is that these HABSat experiments can be used for STEM outreach and education - just like InSPIRESS - but to a different audience. "InSPIRESS focuses on 11th and 12th graders, while HABSat focuses on a younger audience and capitalizes on near-peer mentorship," he says. "So this semester Max and his team will be training a high school team to operate and launch the payload that they designed and built, and then those high school teams will in turn launch them at their feeder elementary and middle schools."

And that's not the IPT's only connection to InSPIRESS. When they're not busy working on the HABSat experiment, everyone on the team also serves on the InSPIRESS review board. "They're working on a weather balloon for Saturn's moons, so we ask them questions about their thought process or the calculations they've made," says Beasley, who was once on the receiving end of those review boards. "I like doing it because reminds me of when I was there." 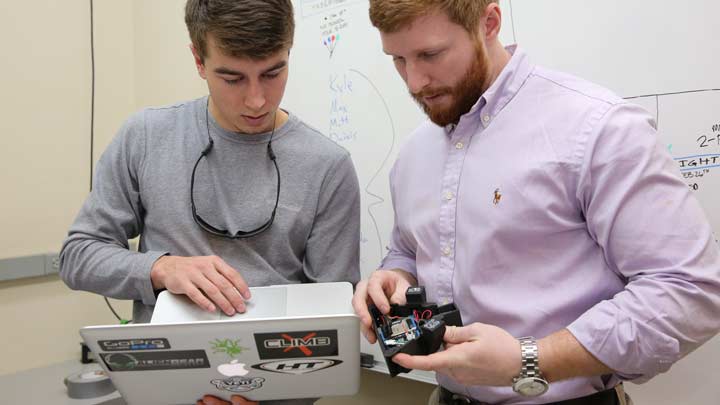 It's not inconceivable that those very same students may one day end up pursuing their undergraduate degree in the College of Engineering. If so, they'd be joining a growing list of InSPIRESS alumni who have continued on to UAH, which in addition to Beasley includes Jonathan Kirsch, Mary Robinson, Hunter Lavish, Tiffany Walden, and many more.

In fact, says Dr. Turner, there are close to 50 students who have attended UAH after participating in InSPIRESS - students who may not otherwise have seen themselves as future engineers or scientists. "That's really the point," he says. "InSPIRESS gives young kids the confidence to pursue an advanced degree in a STEM field." Certainly, Beasley has benefitted. "I was always interested in engineering - by the age of 10, I was pulling things apart at my house and asking my dad how they worked!" he laughs. "But this showed me that it's what I want to do for a living."