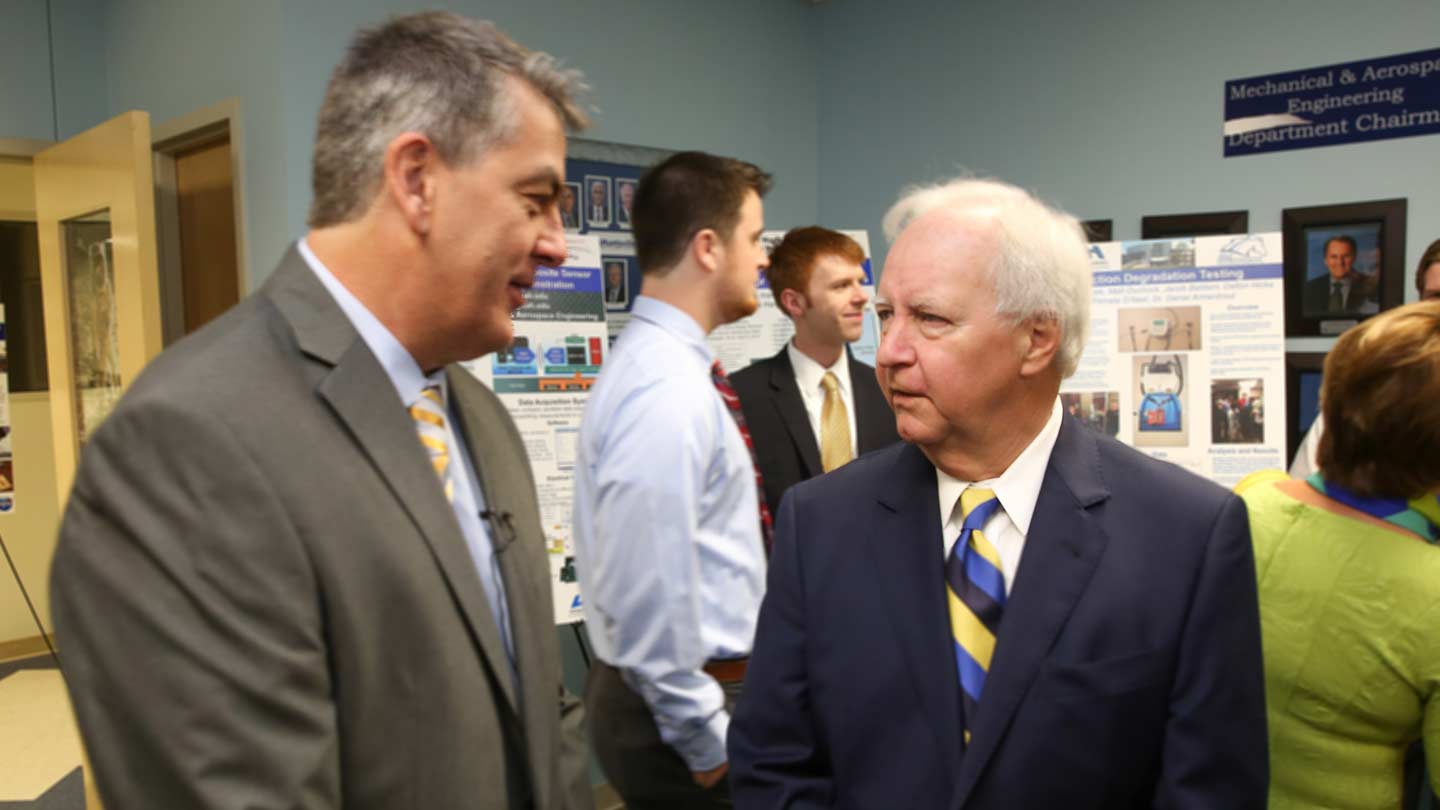 Northrop Grumman Corp. and The University of Alabama in Huntsville (UAH) today announced a formal expansion of their existing relationship to foster education, research and recruitment with a key goal to bolster the Huntsville area workforce.

The new initiative strengthens the partnership between UAH and Northrop Grumman on a diverse set of initiatives in support of science, technology, engineering and mathematics (STEM) education.

“Our university has long been a leader in promoting STEM education – not just in Huntsville, but across all of Alabama,” he said.

The University of Alabama in Huntsville is a pioneer in science, math, engineering, space and in the STEM areas. We look forward to capturing the imagination of the students at this university and bringing them into our company.

He thanked the company for its financial support for the Alabama Science and Engineering Fair, the UAH Human Exploration Rover, UAH senior design projects in mechanical and aerospace engineering and also electrical and computer engineering, and for its support of UAH engineering diversity organizations and the UAH integrated product team that helps develop team building.

Northrop Grumman is a world-class global security company providing innovative systems and products, particularly in unmanned, cyber and logistics to government and commercial customers, according to the company’s website. Future areas of collaboration between UAH and Northrop Grumman may include cyber, systems engineering, and modeling and simulation.

UAH’s existing strengths include five research programs ranked among the top 20 in the nation – computer science, business, atmospheric science, astronomy, and includes aeronautical and astronautical engineering research, which UAH ranks fourth in the nation, according to National Science Foundation data.

Dr. Altenkirch noted that from an academic standpoint, UAH is rated a Tier 1 national university by U.S. News & World Report and the 101st best public university in America. UAH has been designated as very competitive by Barron’s Profiles of American Colleges, one of only two in the state of Alabama.

UAH’s latest class of freshmen scored an average of 27.6 on their ACT, among the highest among public universities in Alabama, Dr. Altenkirch said, and many students attend the university because of the quality education and career opportunities in the local community.

“We look forward to increasing the interaction between our two organizations to advance Huntsville’s intellectual development,” Dr. Altenkirch said.

Mark Thornton, director of Northrop Grumman Information Systems and a UAH alumnus, said Northrup Grumman is enthused about furthering its relationship with the university.

“The University of Alabama in Huntsville is a pioneer in science, math, engineering, space and in the STEM areas,” Thornton said. “For decades, we have collaborated together on various projects. We look forward to capturing the imagination of the students at this university and bringing them into our company. We would like to have that talent in our organization.”

While at UAH, the Northrop Grumman executives met with Dr. Ray Vaughn, UAH vice president for research and economic development, as well as college deans and department chairs, and toured university facilities.