Huntsville, Ala. (April 22, 2013) - Patrick Scheuermann, Director of NASA's Marshall Space Flight Center, is scheduled to deliver the University of Alabama in Huntsville (UAH) commencement address on Saturday, May 4. The ceremony begins at 10 a.m., and will be held in the Propst Arena at the Von Braun Center in downtown Huntsville.

UAH is expected to award 860 diplomas at its spring graduation ceremony - 630 bachelor's degrees, 194 master's degrees and 24 doctoral degrees. Patrick Scheuermann (pronounced Sherman) will be awarded an honorary doctorate from UAH during the ceremony.

Scheuermann was named director of NASA's Marshall Space Flight Center in September 2012. As director, he leads one of NASA's largest field installations, with nearly 6,000 civil service and contractor employees including those at NASA's Michoud Assembly Facility in New Orleans, and an annual budget of approximately $2.5 billion.

He manages a broad range of propulsion, scientific and space transportation activities contributing to the nation's space program.

Prior to his appointment at Marshall, Scheuermann served as director of NASA's Stennis Space Center near Bay St. Louis, Miss., from 2010-2012.

He was deputy director at Stennis from 2008 to 2010, and served as associate director from 2007 to 2008. Scheuermann was chief operating officer of NASA's Michoud Assembly Facility in New Orleans, where he was responsible for day-to-day management and operation, and led the facility's recovery in the aftermath of Hurricane Katrina in 2005.

From 1998 to 2000, Scheuermann served in Washington as a legislative fellow for U.S. Senate Majority Leader Trent Lott of Mississippi. 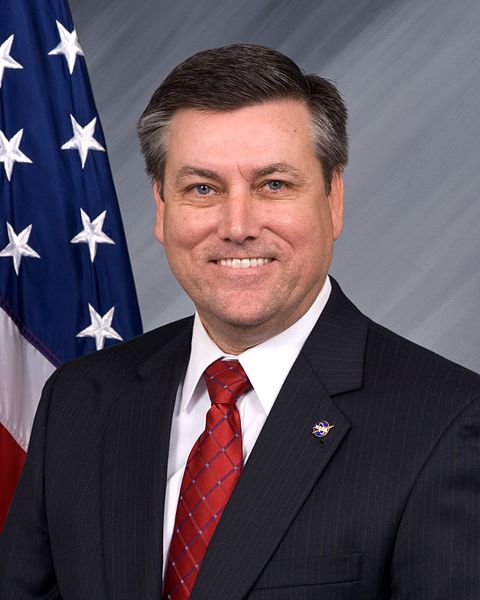 He is a native of New Orleans, and a graduate of the University of New Orleans. Scheuermann and his wife, the former Sarah Melissa Lee of Pearl River County, Miss., have a son and daughter, Chandler and Christina.