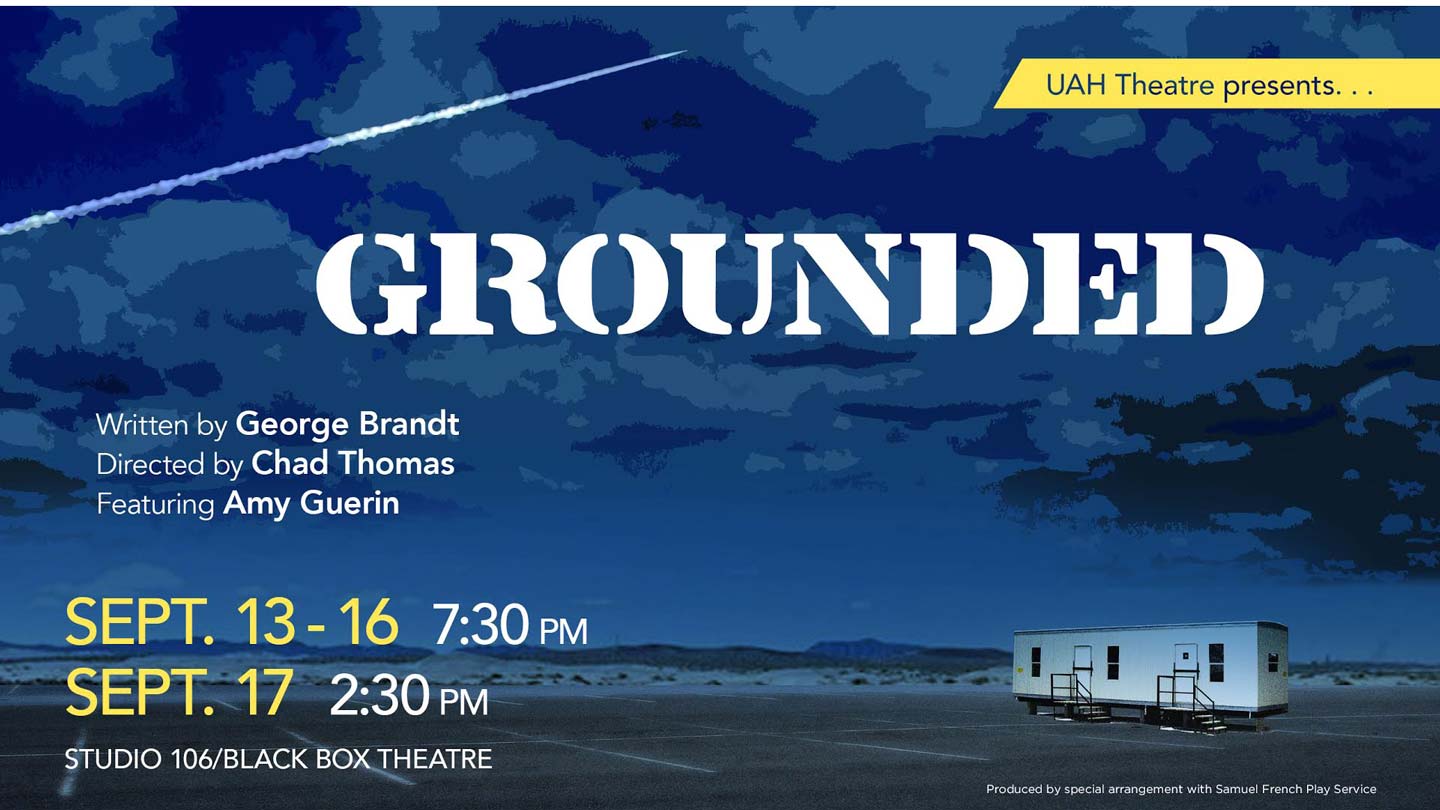 UAH Theatre opens its 2017-2018 season in September with the Alabama premiere of "Grounded" by George Brant.

A timely play that was awarded the 2016 Lucille Lortel Award for Outstanding Solo Show for the Public Theatre production starring Anne Hathaway, "Grounded" takes us inside the world of an Air Force fighter pilot.

The nameless pilot is at the top of her game, flying F16s in the blue, and taking out the bad guys. At home on leave, a brief fling turns into love and a family. Post-pregnancy, she is denied the chance to return to the sky and finds herself reassigned to pilot military drones from a windowless trailer outside Las Vegas. Now she hunts terrorists by day and returns to her family each night. As the pressure to track a high-profile target mounts, the boundaries begin to blur between the desert in which she lives and the one she patrols half a world away.

Produced around the country since its debut in 2013, "Grounded" doesn’t flinch from the details of the life the pilot has lived – a life of combat, risk and guts. Featuring Assistant Professor Amy Guerin as The Pilot, the play runs a tight 70 minutes without an intermission.

The play is directed by Associate Professor Chad Thomas.

"This play is just so timely and Amy is incredible in this role. Plus, the play bespeaks incredibly important issues, such as professional aspirations in conflict with personal desires, the tension between service to one’s country and duty to one’s family, and the (often unvoiced) additional pressures borne by women in combat roles," Dr. Thomas says.

"Grounded" runs Sept. 13-16 at 7:30 p.m. and September 17 at 2:30 p.m. in the Studio 106 Black Box Theatre in Morton Hall on the UAH campus. Tickets are $15 for general admission, $7 for seniors and non-UAH students, and free for UAH students with ID. Seating is very limited. Tickets can be purchased at the door or online by visiting eventbrite.com.