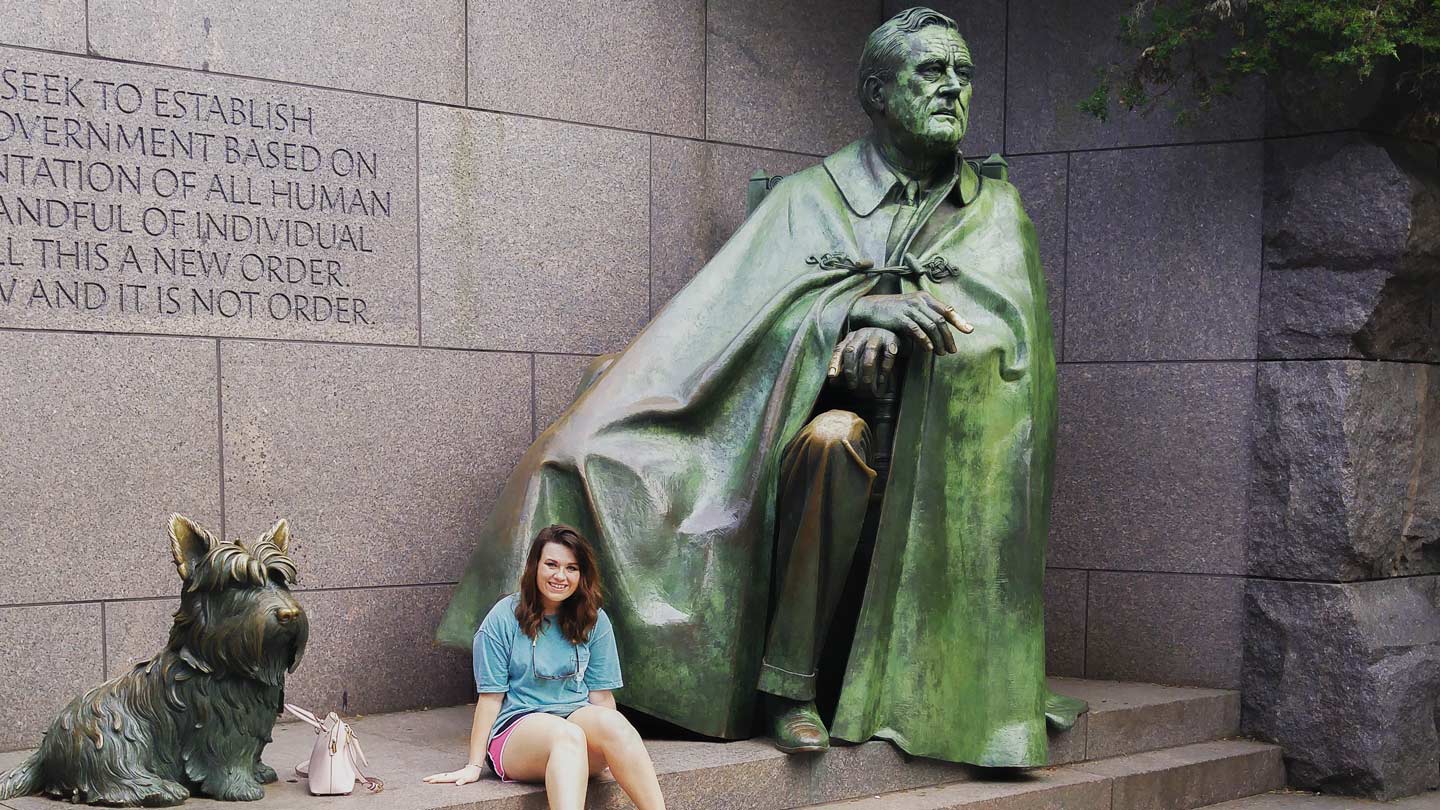 As an attendee of the 2017 National Conference for College Women Student Leaders, UAH student Summer Roden took a tour of the nation’s capital.

Two students from The University of Alabama in Huntsville (UAH) attended this year's National Conference for College Women Student Leaders (NCCWSL), held June 2-4 at the University of Maryland in College Park: Summer Roden, who is pursuing a bachelor's degree in mechanical engineering; and Autumn Brooks, who is pursuing a bachelor's degree in psychology with a minor in political science. As was the case last year, both attendees received a national scholarship from the American Association of University Women (AAUW) to cover registration, lodging, and a portion of their dining expenses, in addition to travel support from the Huntsville Branch of the AAUW.

Describing the experience as "one of the most rewarding things" she has done in her life, Brooks says she is "truly thankful" for the opportunity to take part in the conference. "It was so inspiring to see and meet women from all over who vary in countless aspects of their lives, yet who all have the same passion brewing inside for what they believe in and hope to accomplish," she says. "I loved being able to hear the differences that women have made on their campuses, communities, and across the globe. It put a fire in me to do even more, and I cannot wait to take all I learned back to my campus and community."

Roden was equally moved - and equally excited to put the insight and wisdom she gained at NCCWSL into practice upon her return. "I learned many new skills that I can use, both in my personal life and as the president of the Society of Women Engineers at UAH," she says. "NCCWSL not only helped me grow as an individual, but it also presented me with the tools to go out and influence other female leaders at UAH to become the best version of themselves." 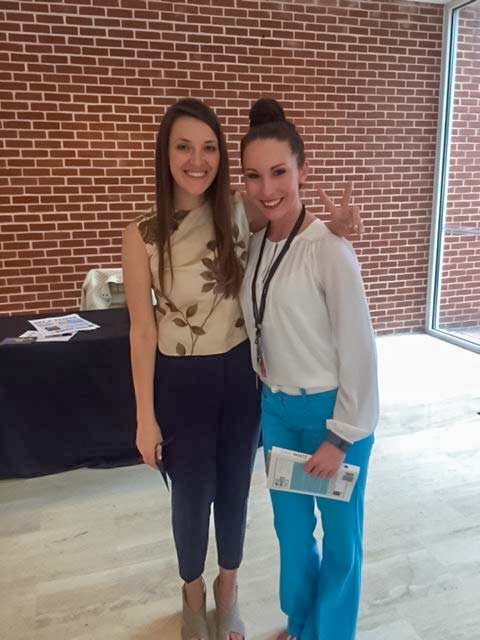 Comprising a mixture of informational sessions, workshops, and guest speakers, the three-day annual conference seeks to provide a transformative experience for the more than 1,000 college women who take part and prepare them to become the next generation of leaders. Highlights from this year's event included workshops like "Don't Get Left Behind: Graduate to Equal Pay," "Solving the Equation: Empowering Women in STEM," and "Learn How to Think like an Entrepreneur and Lead like a Winner"; presentations from keynote speakers Franchesca Ramsey, a popular vlogger and comedian, and Hilary Corna, an entrepreneur and author; and an evening dedicated to celebrating Women of Distinction, including Kimberly Bryant, Marisa Demeo, Anu Duggal, Sarah McBride, and Kelly Tsai.

For Roden, one of the most impactful sessions was on networking for people who consider themselves introverts. "This event 'forced' the participants to get to know others, learn to listen actively, and practice their elevator speech," she says. "I think it would be a great activity for the members of the Society of Women Engineers to do before a career fair, to prepare them so they feel more comfortable talking about themselves in a professional atmosphere."

She also enjoyed a pre-conference visit to the Women's Memorial at Arlington National Cemetery, as part of a "Brush Up on Your Military HERstory" experience. "I found it surreal to be surrounded by so many heroes," she says. "Hearing the stories of their bravery was inspiring, and I truly felt blessed to be able to support these women and let them know that we are thankful for their sacrifices to our country."

As for Brooks, she was especially moved by Corna's keynote speech on daring yourself to become a global leader. "She told us all to push for our dreams and never give up, because the only thing holding you back is you," she says. She also appreciated the conference's career and graduate school fair, where she had the opportunity to network with both companies and universities. "It's already proved valuable in my search for law school!" she says.

While dates for the 2017 NCCWSL have yet to be announced, registration for the conference will open this fall.