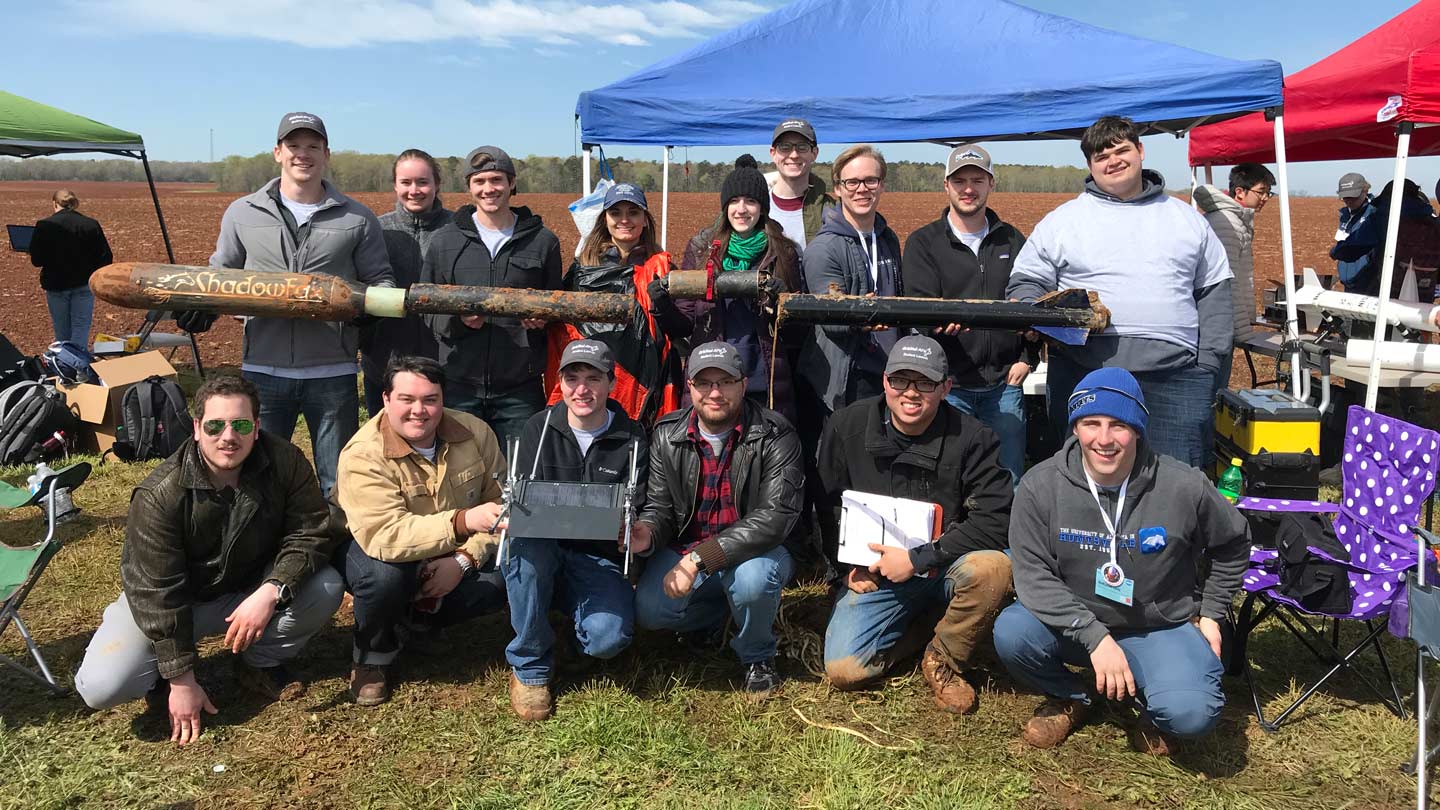 NASA awarded the UAH Charger Rocket Works team with the Launch Vehicle Design Award for creative and innovative overall vehicle design for the intended payloads while maximizing safety and efficiency at its 18th annual Student Launch.

UAH competed with 54 other teams in the event at Bragg Farms in Toney on April 8.

"Winning the Launch Vehicle Design Award was a great capstone for the project. Hopefully everyone on the team learned from this experience and can apply the skills they learned to future projects," says Nathanial Long, project lead. "I'm really proud of the team for their creative work and great documentation."

The UAH team successfully launched ShadowFax, a nine-foot rocket, to an altitude of 5,080 feet. To compete for various awards in NASA’s Student Launch, teams build and fly rockets with specified payloads. The contest’s target altitude is 5,280 feet, or one mile. 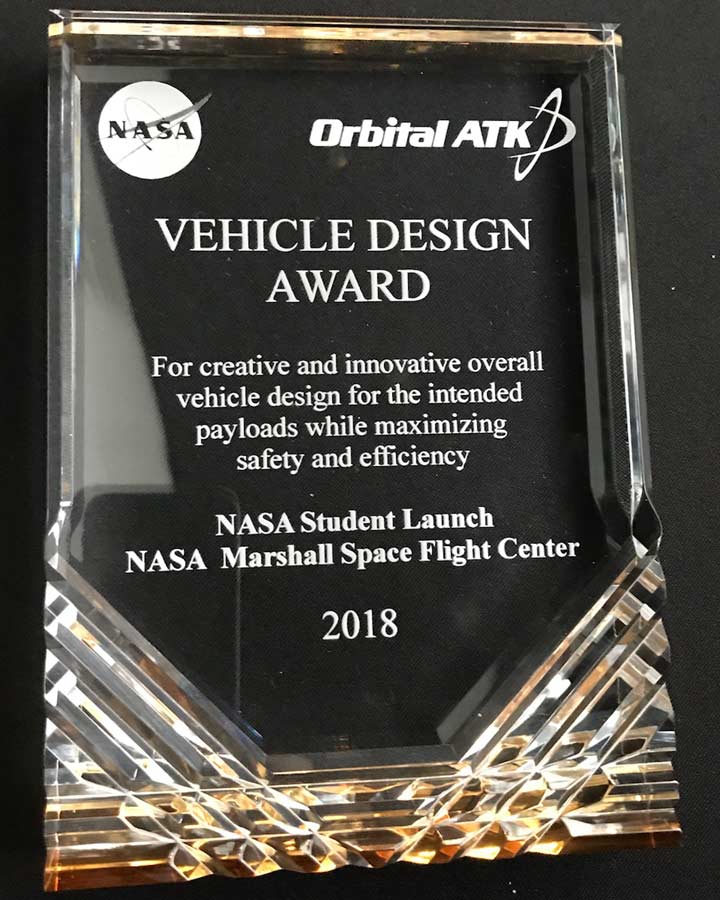 "Things went great!" Long says. "This was the third time we had launched the rocket and our fourth time preparing it for launch. We had our procedures refined and were able to prepare most of the rocket the night before the launch."

Issues with the rover deployment system kept the team from deploying the payload but members haven’t given up yet.

Recovery was a sloppy job following recent rains, and the recovery team found itself slogging through mud up to knee deep for about a half mile.

"In my opinion, rocket design is the most challenging senior design class due to the compressed schedule, the outside documentation requirements, the complexity of the rocket, its payload and the interface, and the fact that everything has to be manufactured and integrated," Long says.

"The most rewarding part of this project was seeing my team overcome challenges and push themselves. After the late nights, challenging technical problems and moments of uncertainty just before a launch, I am proud to call my teammates my friends, and I look forward to following their success as engineers."

Members of Charger Rocket Works are:

Team sponsors are the Alabama Space Grant Consortium, the UAH College of Engineering’s Department of Mechanical and Aerospace Engineering and the UAH Propulsion Research Center.