Call for nominations for 2017 Tech Trek 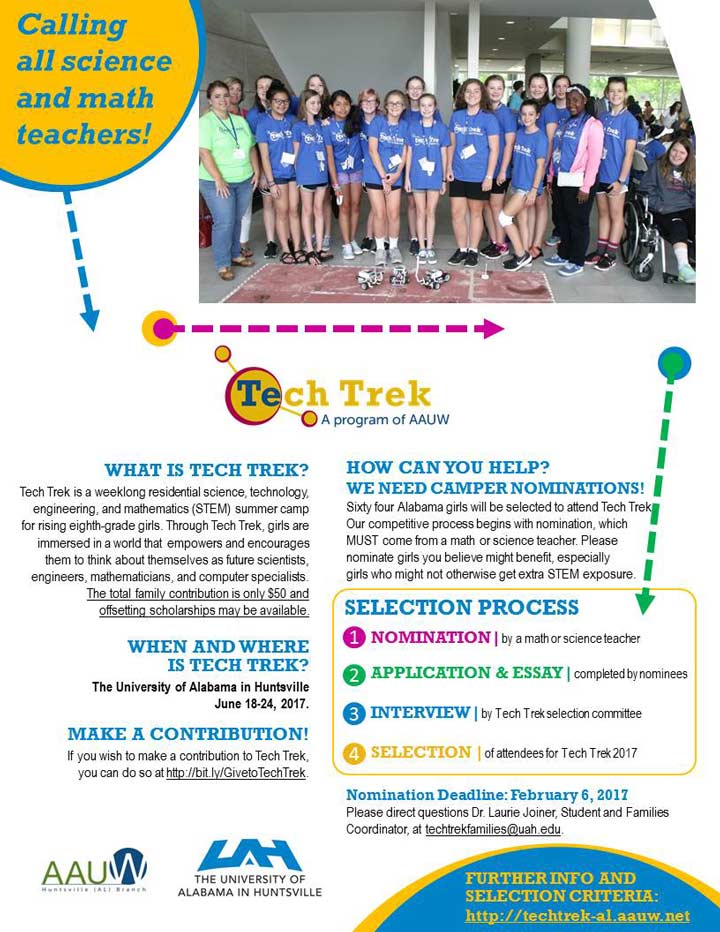 With Tech Trek returning to the campus of The University of Alabama in Huntsville (UAH) this summer, middle school math and science teachers from across the state of Alabama are encouraged to submit their nomination for campers by Feb. 6, 2017.

Tech Trek Alabama is a partnership between the Huntsville branch of the American Association of University Women (AAUW) and UAH. Through the camp, girls are immersed in a world that empowers and encourages them to think about themselves as future scientists, engineers, mathematicians, and computer specialists.

"Interest in Tech Trek has grown in the three years we have been holding camp. In 2016, we served 64 girls from 40 schools and 17 counties," says Dr. Rhonda Gaede, camp director and associate professor of electrical and computer engineering at UAH. "Increasing the number of counties served and selecting a group of campers that reflects the demographics of the state are priorities in our fourth year." 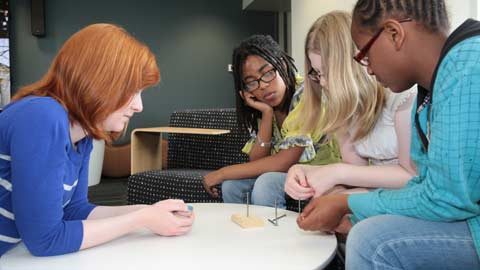 A key element for girls’ involvement in STEM fields is to be able to see a clear path forward and to have mentors. "To that end, we enhanced camp in 2016 by including a panel discussion with previous campers," says Dr. Gaede. "In 2017, I am very excited that we will have 2014 Tech Trek campers back as junior counselors to provide near-peer mentoring throughout the week of camp." The planning committee has also provided mentoring to the college-age counselors by having them participate in professional women’s night. "It is so gratifying to have so many local STEM professionals come together to support this effort," she says.

Nomination forms and selection criteria are available online, and should be submitted no later than Feb. 6 to Dr. Laurie Joiner, Student and Families Coordinator, at techtrekfamilies@uah.edu.

Once nominated, candidates will be required to complete an application, an essay, and a personal interview with the Tech Trek Selection Committee. A total of 64 girls will then be chosen from those nominated to attend the residential camp (at a cost of $50/each) from June 18-24 on the UAH campus.