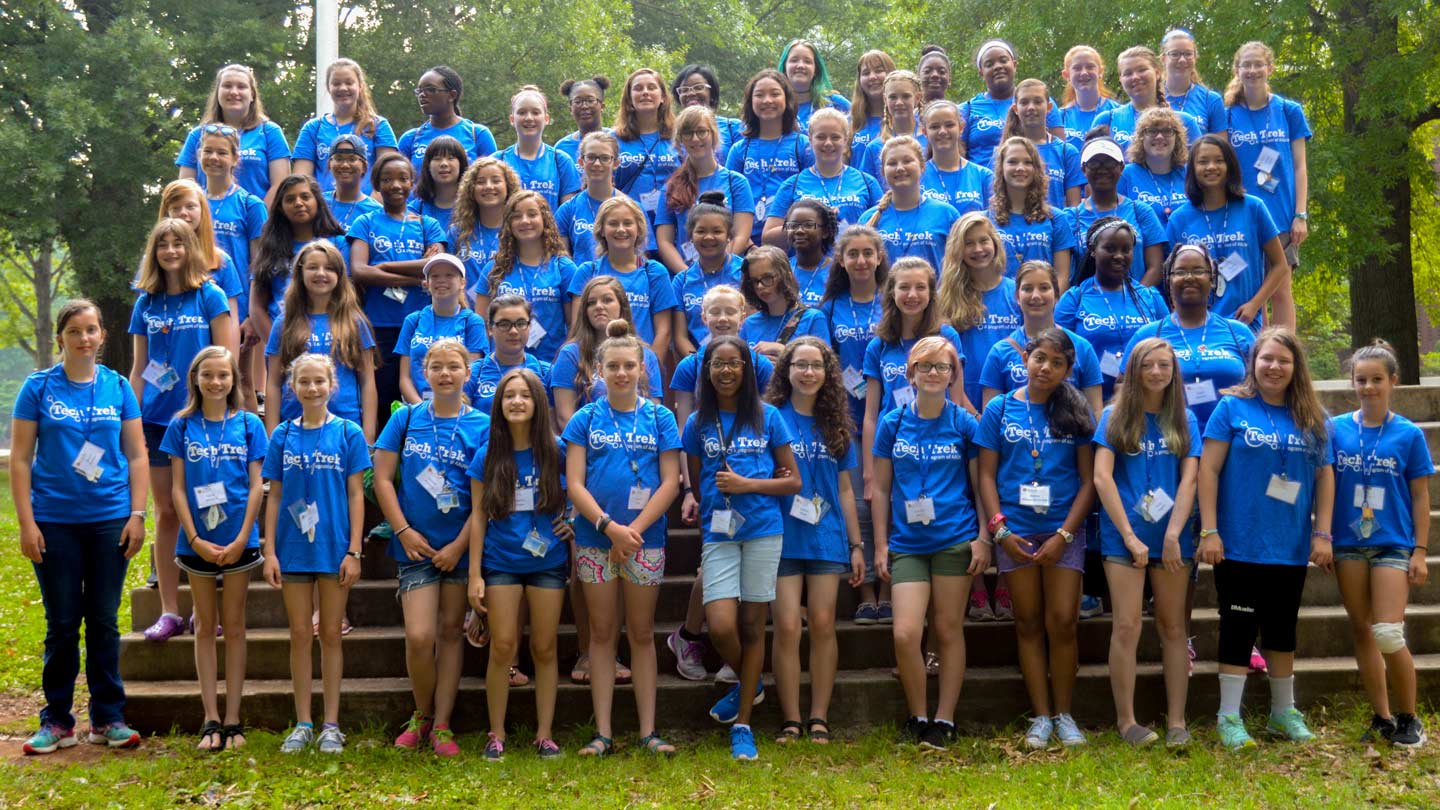 Tech Trek's third outing at The University of Alabama in Huntsville (UAH) drew an all-time high of 65 rising eighth-grade girls from 39 schools across 17 Alabama counties. The weeklong residential camp, an American Association of University Women (AAUW) program, was held on the UAH campus from June 12-18 and featured intensive hands-on experiments and activities. All were designed to promote campers' interest in the science, technology, engineering, and math (STEM) fields, offering a targeted response to research showing that girls often take themselves out of the STEM talent pool while in middle school.

"We had an amazing week," says Camp Director Dr. Rhonda Gaede, an associate professor of electrical and computer engineering at UAH. "The girls did great work in their core classes and in the creative presentations they made about STEM women pioneers at the camp's closing. Perhaps more important, many new friendships took root and flowered."

For the majority of campers, however, the biggest takeaway was less educational than it was inspirational. That's because the girls received valuable encouragement, both to pursue their passion for the STEM fields and to persevere in spite of barriers - a sentiment that was reflected in much of the feedback they provided:

The experience was just as meaningful for those who served as volunteers. "It was an unexpected breath of fresh air at the end of a school year, during a typical month of vacation," says Shannon McClain, a science teacher at Bridgeport Middle School in Jackson County who taught a core course in robotics. "The young ladies were so full of life and excited about learning experiences. I especially admired their acceptance of challenges and their willingness to problem solve with other team members and celebrate each other's success while in a competition format."

As in the past, the camp's cost per person was kept to a modest $50 thanks to the support of national sponsors, including AAUW, Verizon, Lockheed Martin, and Symantec. Additional support is provided at the local level from PPG Aerospace, UAH's College of Engineering, AAUW-Huntsville, Jacobs Engineering, Adtran, PeopleTec, Women in Defense, UAH's College of Science, Dr. N. Jan Davis, Ms. Ruth Jurenko, and Ms. Eleanor Lienau.

Planning is already in the works for next year's fourth-annual Tech Trek - a process that has become easier with every successive year thanks to "the camaraderie between the members of the planning committee" and "the fellowship between the counselors, the teachers, the setup/cleanup team, and the campers themselves," says Dr. Gaede. "We've all come away strengthened and renewed, determined to 'Fall Forward,' in accordance with this year's camp motto." 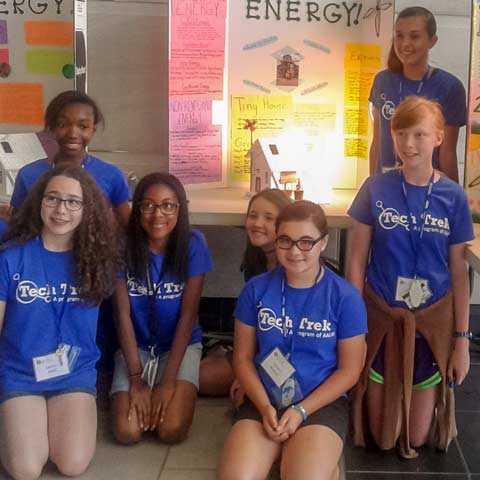 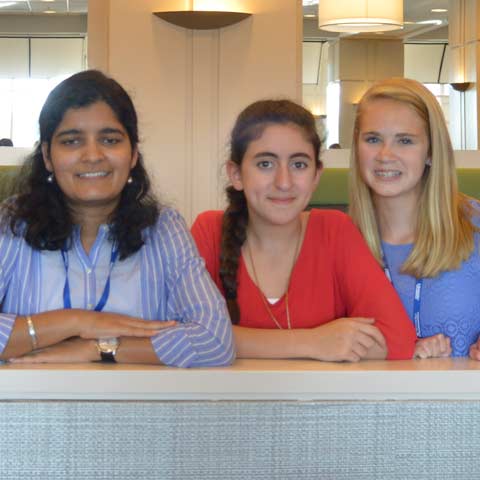 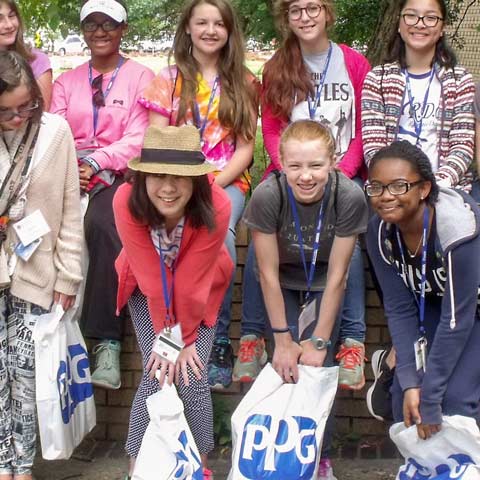 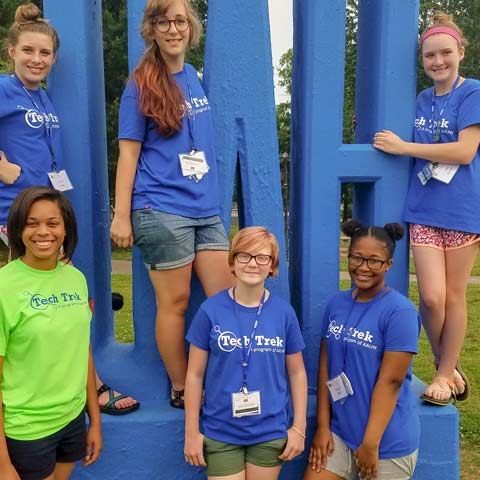 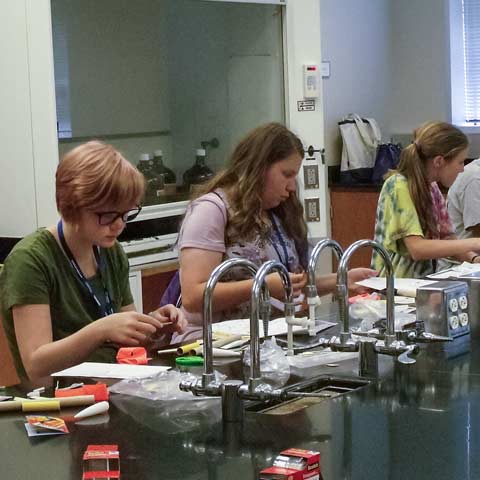 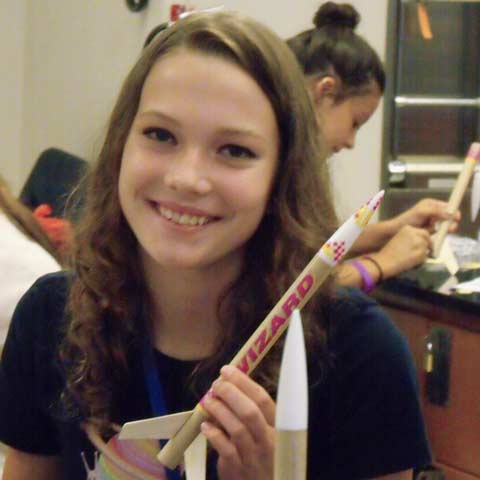 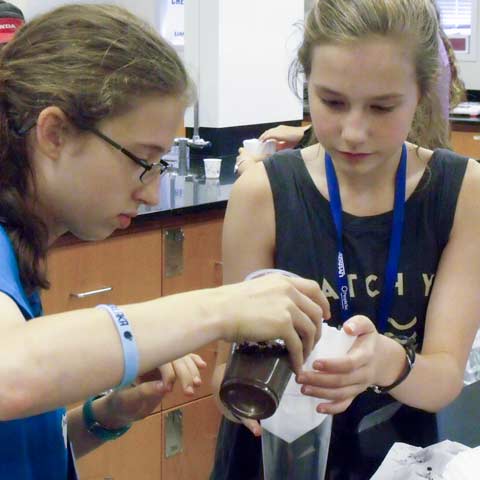 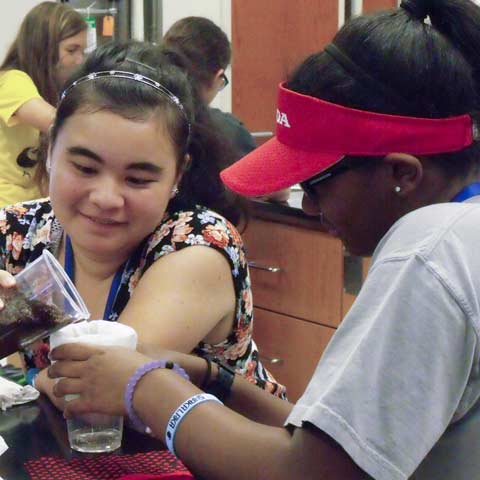 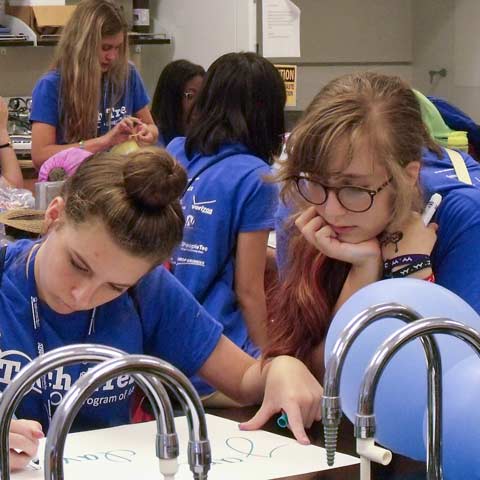 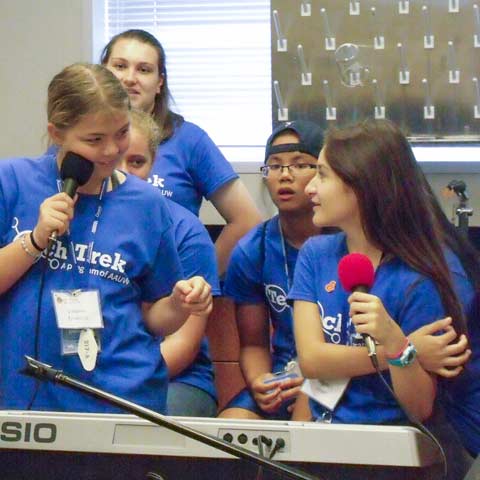 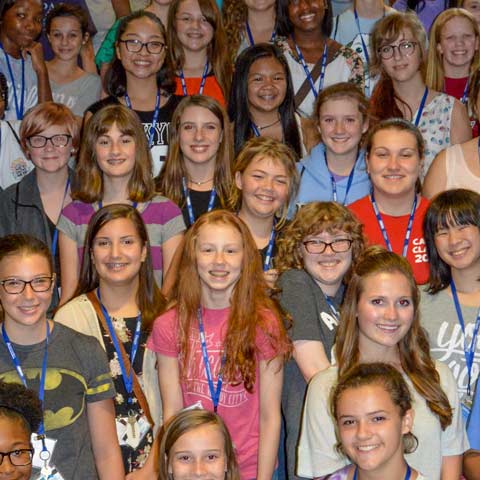 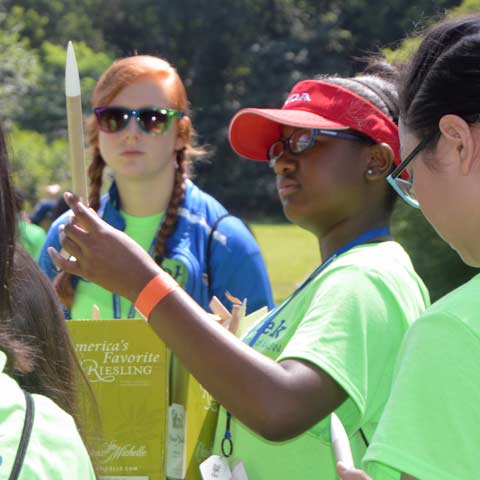 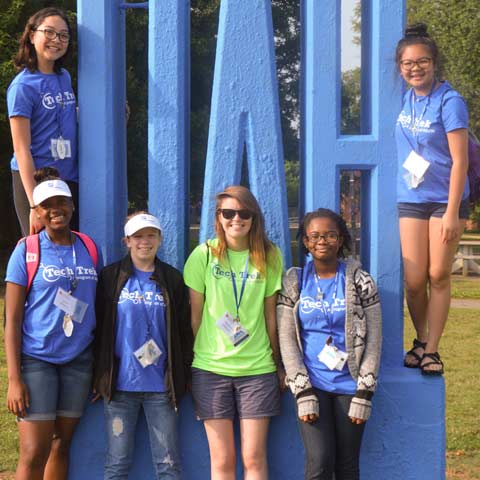 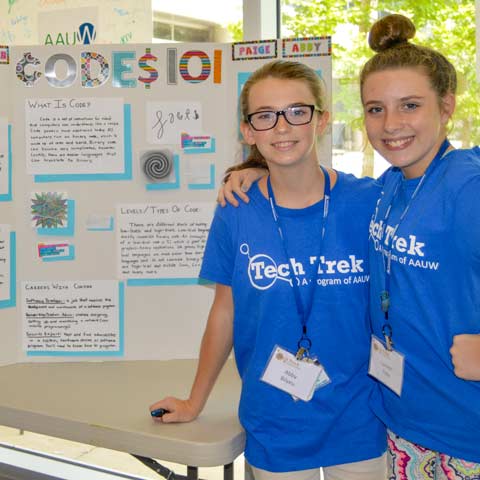 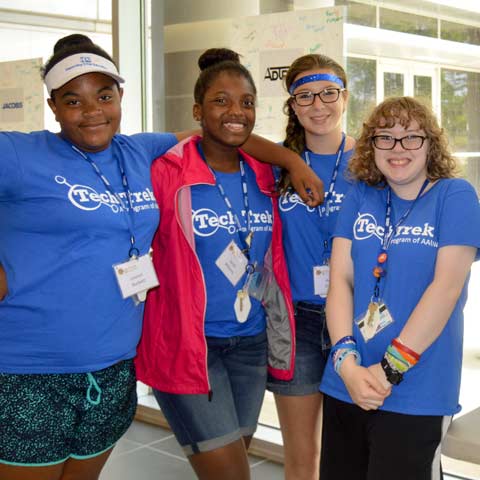 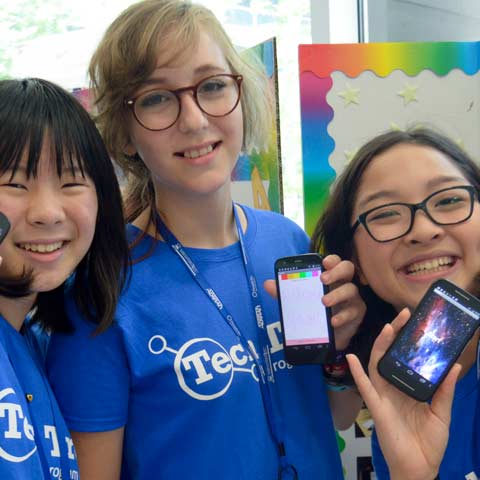 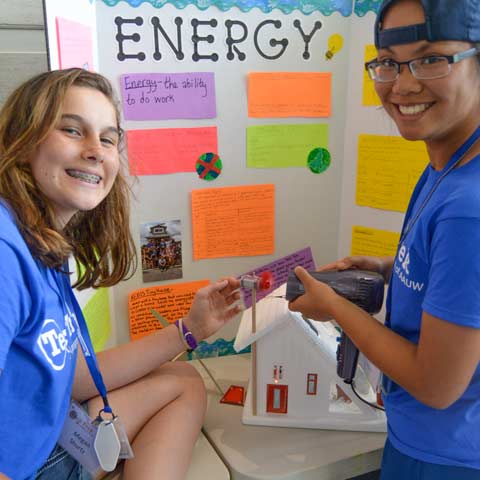 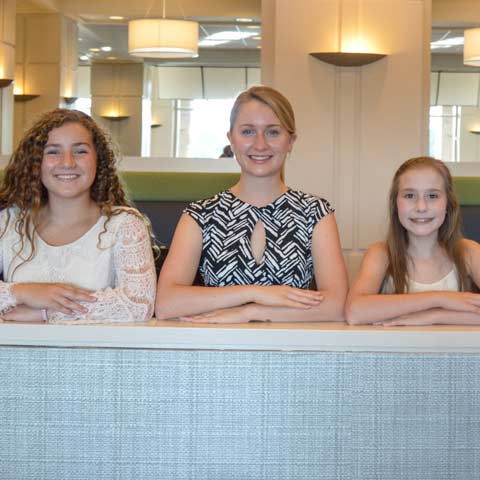 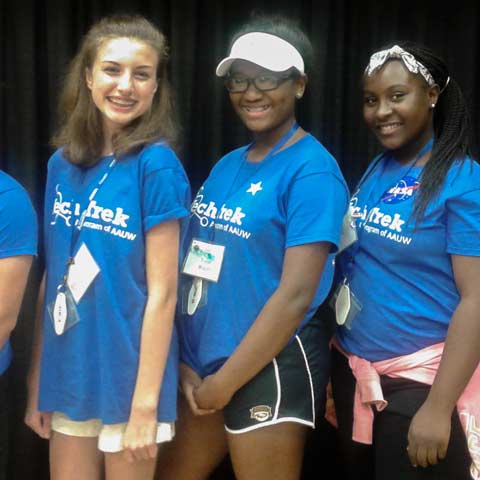 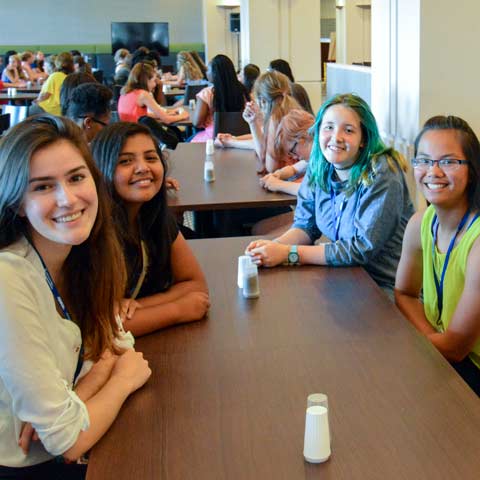 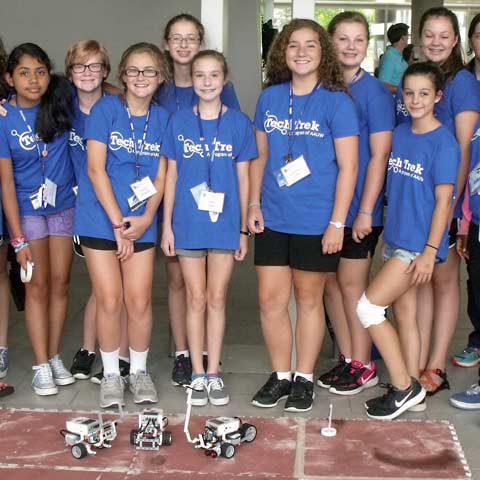