Who was M. Louis Salmon? 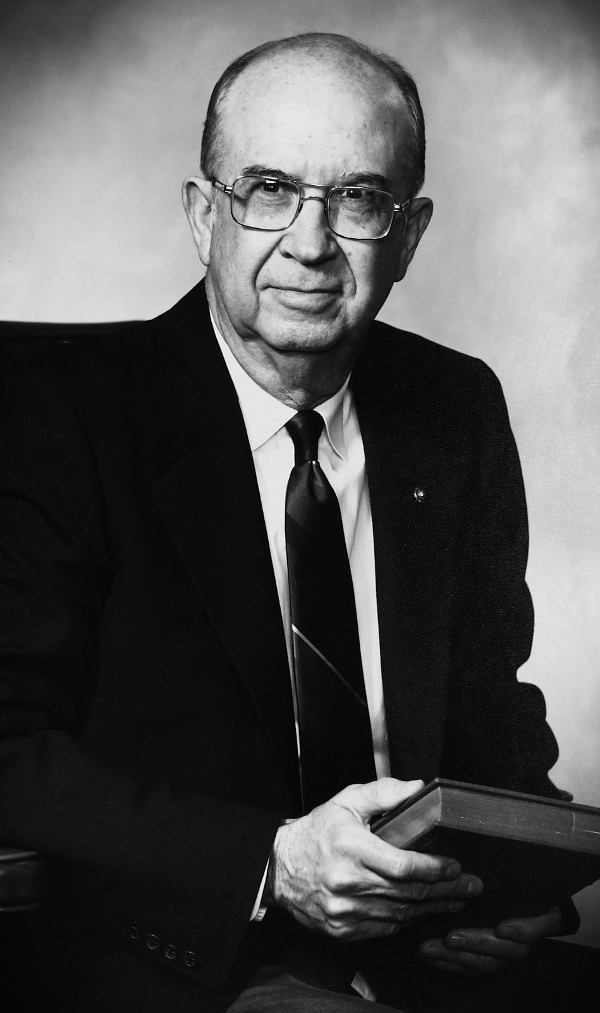 Maurice Louis Salmon Jr. was born August 30, 1923 in Mobile, Alabama. His father was a bookkeeper and his mother, Wertie Williams Salmon, was a registered nurse. Louis’s mother and father instilled in Louis a love of learning and dedication to education, an unswerving standard of ethics and morality, a thirst for justice, and the highest sense of duty.

Louis graduated from Murphy High School of Mobile in 1940 and in the same year enrolled in the School of Commerce and Business Administration at the University of Alabama. He earned the Bachelor of Science degree in 1943, six months after enrolling in the Army Specialized Training Program. He then entered upon active duty with the United States infantry and was commissioned a Second Lieutenant on May 23, 1944 and assigned as a platoon leader in the 262nd Regiment, 66th Division at Camp Rucker, Alabama. His division was sent to England and from there in December to France for combat in the Battle of the Bulge.

After surviving the sinking of the landing craft Leopoldville, Louis proved himself to his men as a leader in combat under enemy fire in repeated engagements across France. He earned field promotions, to First Lieutenant on April 1, 1945 and to Captain before his separation from active duty in 1946, decorated with the Purple Heart and the Combat Infantry Badge. 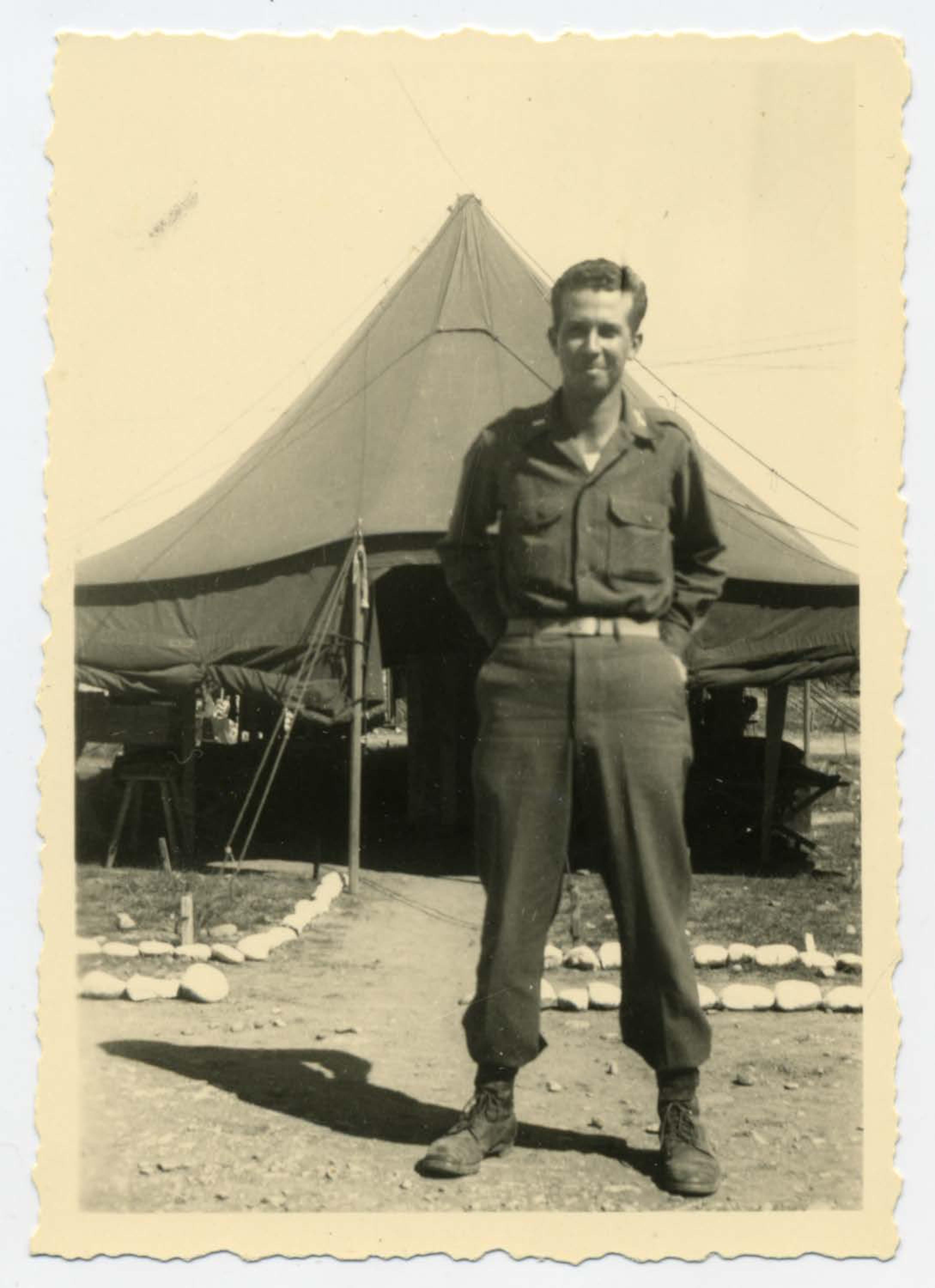 After completion of his military service, Louis enrolled in the School of Law of the University of Alabama. He graduated in 1948 with the degree Bachelor of Laws, later replaced with a Juris Doctorate. On June 11, 1948, he married Elisabeth Echols of Watts of Huntsville, and in 1950 they moved to Huntsville where he entered law practice with his father-in-law, Clarence L. Watts.  During the greater part of his 43-year career as a lawyer, Louis was a senior member of his firm and served as President of the local Bar Association.

Louis manifested his keen appreciation of the vital importance of education as an economic and social force through long service of the University of Alabama Huntsville Foundation, which he chaired from 1986 to his death in 1993. In this capacity Louis negotiated for the foundation purchase of lands of the late Annie Bradford, which comprise the greater part of Cummings Research park East developed and sold by the Foundation to the benefit of UAH.

During his long career in Huntsville, Louis played a key role in business and civic areas of life. He served First Alabama Bank of Huntsville as its chief counsel and member of its Board of Directors and also served on the Board of Directors of Dunlop Tire Corporation. Among his many areas of service, Louis was a leader in the Alabama Chamber of Commerce, the Alabama Business Council, the Huntsville Industrial Expansion Committee, the Community Advisory Committees to Redstone arsenal and to Marshall Space Flight Center and of United Way and Boy Scouts of America. He was a candidate for Attorney General of Alabama in 1958. His community service was acknowledged in the Huntsville Madison County Chamber of Commerce Distinguished Service award in 1987 and the award of the UAH Doctor of Laws degree in 1988.

Louis died September 26th, 1993 at the age of 70, and was laid to rest at Maple Hill Cemetery in Huntsville. In 1996, his years of service and leadership for UAH and Huntsville prompted officials to rename the library to recognize his achievements and contributions. Ray Jones, chairman of the UAH Foundation at the time, stated “(Louis) appreciated the importance and value of a commitment of life-long learning—learning substantially supported by the critically important resources of libraries.”

UAH Archives and Special Collections holds papers, photographs, news clippings, and awards relating to the life and career of M. Louis Salmon. A list of the contents of this collection is available via our finding aid database, while selected scanned items can be viewed on our digital collections portal.

You can also view these materials via The M. Louis Salmon Collection on JSTOR. 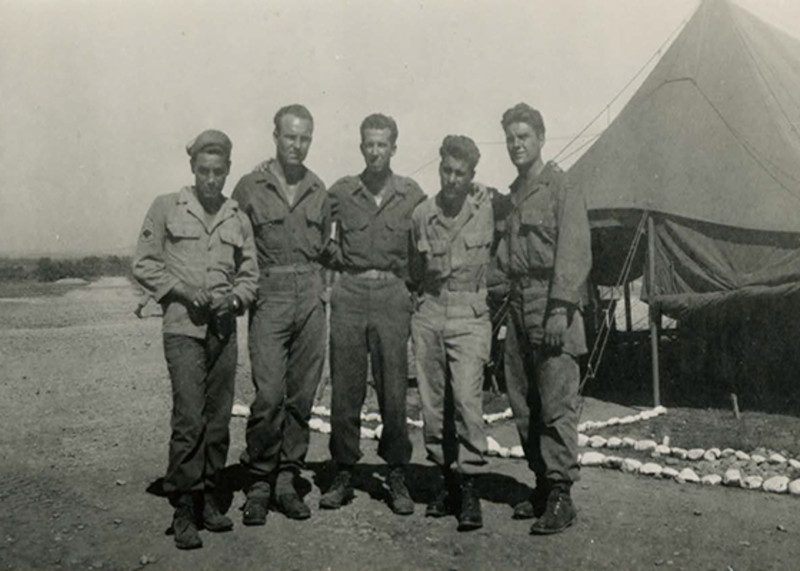